The conflict in Thailand’s deep South, which has killed nearly 7,000 people since 2004, is one of Southeast Asia’s most deadly internal conflicts. What role might transitional justice play in nudging the South towards peace? 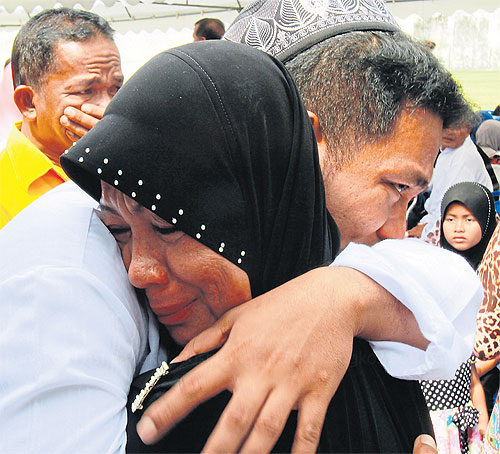 Transitional justice (TJ) is a set of temporary mechanisms, such as prosecutions or tribunals, that improve access to justice and help states and societies respond to widespread human rights violations after periods of conflict or political disruption. It is based on the assumption that the lack of justice is causes conflict and instability and that there must be accountability for peace to be sustainably achieved.

Employed since the 1980s throughout Latin America, East Asia and Eastern Europe as countries were swept along by the third wave of democratic transition (the number of democracies doubled between 1974 and 1990), transitional justice more recently has been implemented as a peacebuilding tool to reach peace settlements in Bangsamoro (the Philippines), Aceh (Indonesia), Nepal and Timor-Leste.

To achieve this, four mechanisms have been used: prosecutions,with either domestic tribunals, international tribunals or hybrid systems; truth-seeking processes, such as Truth and Reconciliation Commissions (TRCs) which establish facts and generate a common narrative; reparations, which provide cash to victims of the conflict; or finally, longer-term institution-building efforts that seek to reform dysfunctional security and judicial bodies.

Together these transitional justice mechanisms promote peace by redressing the grievances that underpinned the conflict, building state legitimacy in the eyes of society and enhancing cooperation between belligerents. International experience shows that at least three conditions are necessary for transitional justice to have this impact. Unfortunately, none of these is currently in place in southern Thailand.

Transitional justice only works when it is supported by strong political will. Prosecuting crimes requires governments to agree that some of their own will face time behind bars. Launching TRCs, and following their recommendations, creates vulnerabilities.

And pursuing longer-run reforms can be difficult given political-economic incentives to maintain the status quo. Without strong leadership, transitional justice is likely to be confined to reparations, watered-down fact-finding missions (if at all) and the prosecution of small fry.

Lack of such will has been apparent in Thailand’s recent approach to transitional justice. Under a pressure, former prime minister Thaksin Shinawatra created a National Reconciliation Commission (NRC) in 2005. The commission was tasked with assessing the causes of violence. Yet the final report made little effect on policy because most of its recommendations were ignored.

An NRC fund was established to compensate victims with roughly 5,000 baht per family, but these were one-off payments. No senior security personnel were prosecuted. From 2004-2012, 12 more case-specific fact-finding committees were established. But none had any impact on the government’s strategy.

Secondly, TRC mechanisms are only effective when they are accompanied by policies that limit the production of new grievances. This is difficult, perhaps impossible, during times of conflict. Counter-insurgency, even when executed well, inevitably heightens perceptions of victimhood amongst locals. For this reason, transitional justice initiatives that advance beyond reparations and create institutional reform are rarely successful if conflict is still raging.

With the ongoing conflict in the deep South, it is hard to see how transitional justice will change local views towards the state. Providing reparations, with 7.5 million baht now given per victim, is seen by many as an attempt to co-opt dissidents. The government's security approach since the May 2014 coup, where the military outsources security work to local villagers and hunts down militants, has lessened violence, with recorded incidents plunging from 1,298 in 2013 to 793 in 2014. But it provides little room for transitional justice.

Thirdly, transitional justice only works well if it is implemented alongside strategies to forge deals with elites. Even if initial grievances are addressed, violence will not ebb unless those who control the means of violence on both sides board the peace train. Any such elite agreement between government and military leaders and insurgents is likely to be a long way off. Peace talks in early 2013 stalled. A new three-step plan has seen the government establish a negotiation team. But few see fresh talks as imminent or of any agreement being reached in the near term if they do occur.

Indeed, steps necessary to bring the insurgents to the table may run counter to transitional justice goals. A major obstacle has been the refusal of the Thai state to provide amnesty. The government agreed to talks with the precondition that insurgent leaders provide a list of "wanted" men.

Legal assurances are needed if senior insurgents are to participate in talks. But transitional justice aims to fight the impunity that such an amnesty accord would imply. It may be that there is a need to delay key transitional justice activities such as prosecutions and truth-seeking until after a peace agreement is reached.

Does this mean that transitional justice is not suitable for Thailand’s South? Yes and no. Most transitional justice initiatives are likely to be ineffective before an elite peace deal is under way, political will is lacking and military offensives continue. But important preparatory work can be undertaken now.

Firstly, research on the ways in which Thailand’s legal framework allows for implementation of transitional justice activities. Secondly, it is worth thinking through what elements of regional and international transitional justice experiences are relevant for the deep South. Exposing those working in the South to other contexts may be useful. Understanding the demands and needs of those who have suffered from abuses is also important.

Thirdly, there is a need to build local capacity to advocate for and undertake (future) activities such as fact-finding and ensuring access to justice. Work is already under way in this area but more can be done. Capacity can take years to build and investments now may bear fruit later.

Fourthly, work on institutional reform is key. Institution-building work is typically neglected until later stages of peace processes. Yet assistance in key areas such as criminal prosecutions, access to justice and community policing can provide foundations for the future.

Patrick Barron is Regional Director for Conflict and Development at The Asia Foundation. The views are his alone. He can be reached at patrick.barron@asiafoundation.org