Having a reputation for integrity and decency matters as much in international relations as in professional and personal life. States that are so regarded consistently punch above their weight - witness the Scandinavians.

By contrast, those that never earn - or fritter away - such a reputation can seriously endanger their own interests, jeopardising trade, tourism, foreign investment, political support in international forums and negotiations, and the security of their own nationals abroad. 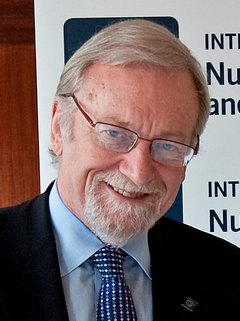 Three of Southeast Asia's most important states - Malaysia, Thailand, and now Indonesia - have brought trouble on themselves in this respect in recent months. All three are raising serious doubts, in different ways, about their commitment to the rule of law, the integrity of their judicial systems, and the quality of mercy in the administration of justice.

In Malaysia, the country's highest court last month rejected opposition leader Anwar Ibrahim's appeal against a five-year prison sentence and a ban against running for public office for a further five years - a shocking and indefensible decision. Prime Minister Najib Razak's government was transparently vindictive in pursuing allegations of sodomy (a crime rarely prosecuted in Malaysia) against Anwar. The evidence against him was obviously inconclusive; and the court's acceptance of it was manifestly craven.

If the fiction is maintained that the court was merely doing its judicial duty as it saw it, decency could still prevail: Anwar could be granted executive clemency. But there is no sign that Mr Najib's government will advise such action. Anwar's real crime was that his opposition coalition of conservative Muslim, secular, and Chinese parties was seriously challenging the six-decade supremacy of Mr Najib's United Malays National Organisation (Umno), losing the 2013 election only because of a transparent gerrymander.

In Thailand, the biggest crime of former Prime Minister Thaksin Shinawatra and his supporters was to keep winning national elections with populist campaigns that threatened the interests of the country's long-established Bangkok-based elite. Serious wrongdoing, involving bribery and institutional corruption, no doubt occurred along the way; but the scale of such offences could hardly justify last year's military coup and the subsequent repression.

Some of those in the army-installed National Reform Council and Constitutional Drafting Committee have a real interest in ensuring that Thailand's next constitution — the 20th since 1932 — will be genuinely democratic. Many do want to end, once and for all, the corrupt, vote-buying culture that has long afflicted Thai politics on both sides.

But true reform can be achieved only in a spirit of reconciliation, and the military regime's impeachment of deposed prime minister Yingluck Shinawatra (Thaksin's sister) in January - on trumped-up charges that seemed flimsy - has made that impossible.

Indonesia's case is different from the other two, and less extreme, but also troubling for the country's reputation. The grassroots-driven victory of President Joko "Jokowi" Widodo last year triumphantly consolidated the country's democratic transition, and raised high expectations for human-rights and anti-corruption campaigners. But, domestically, confidence in Mr Widodo's capacity and will to tackle corruption has eroded with his nomination - only very belatedly withdrawn - of a suspiciously wealthy but politically well-connected candidate for national police chief.

Internationally, concern has been growing about Mr Widodo's stated determination to allow - after a long moratorium - the executions of scores of convicted drug traffickers to proceed. His stance reflects no consideration of whether their individual cases might justify clemency, as well as apparent indifference to mounting evidence that sentencing in capital cases might have owed less to a case's merits than to the presence or absence of bribes.

Two Australian drug traffickers have been scheduled for execution this month. While no one doubts that they were properly convicted 10 years ago, their behaviour since - and questions about the integrity of the judicial process that condemned them to die but allowed others to live - has made a compelling case for the exercise of mercy, for them and for others.

What does not yet seem to have registered with Mr Widodo, or with enough of his fellow citizens, is the incongruity of refusing even to consider clemency for those on Indonesia's death row, while lobbying passionately for clemency for more than 200 Indonesians condemned to die elsewhere, notably in the Gulf. Decency can be credibly demanded of others only if one practises it oneself.

It seems only a matter of time before Indonesians start feeling the pain of this inconsistency. Malaysia has earned worldwide condemnation for its handling of the Anwar affair, and Thailand has lost many international friends since its latest coup, reflected in a humiliating loss in its recent bid for a seat on the UN Human Rights Council. Thai diplomats fear another such defeat in their country's current attempt to win a seat on the UN Security Council.

There are some larger regional consequences in all of this. The Association of Southeast Asian Nations (Asean) has tenaciously fought for its place as the geopolitical hinge between East and South Asia, and an important player in Asia-Pacific economic and security diplomacy. In doing so, it has had to repeatedly finesse issues like Cambodia's authoritarian leadership, Myanmar's struggle with democratic transition, Vietnam's stubbornly anachronistic one-party state, and even impeccably incorruptible Singapore's regular misuse of defamation laws to neutralise political opponents.

The question that Asean leaders must now ask themselves is just how much trashing of the Southeast Asian brand, by how many of its members simultaneously, the region can afford while still fully realising its aspirations for economic growth and political influence. It is always tempting to claim that what happens behind sovereign borders is nobody else's business. But that is no longer true in today's interconnected world. Some states may be big and powerful enough to get away with behaving badly, but winning respect for behaving well is a much stronger foundation for economic and political success. ©2015 Project Syndicate

Gareth Evans, a former Australian foreign minister (1988-1996) and past president of the International Crisis Group (2000-2009), is Chancellor and Honorary Professorial Fellow at the Australian National University.