A digital economy is one based on the intensive use of information and communications technologies in production sectors. It is crucial in boosting the efficiency and competitiveness of the Thai economy.

The so-called "new digital economy" of today is different from the old digital economy which initially came about two decades ago. While the old one was based on the use of personal computers connected to the internet, the new one is driven by the use of "smart" devices such as smartphones and tablets which are connected via wireless broadband and 3G services. 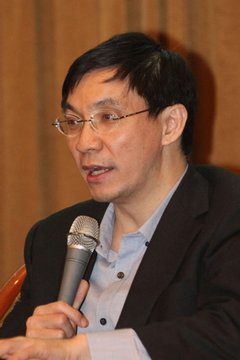 Dr Somkiat: Most of the measures announced so far do not support the digital economy.

As most smart devices are generally easier to use than PCs, such devices have become tremendously popular among users, including those who have never used a computer or the internet before. Smartphones and tablets have also helped usher in many new businesses in almost all areas of the economy, including taxi services such as Uber and other similar services.

It is estimated that there are 30-33 million smart devices in Thailand today. The number is expected to double to 65 million within the next four years, which will result in increasing demand for greater bandwidth that exceed the capacity of the current 3G services. The high rate of smart device usage also reflects Thais' readiness to step into the new digital economy.

Thus, the Prayut government's announcement of the digital economy policy sends a good signal. The policy has come to the right place at the right time. However, the problem is that most of the measures announced so far do not support the digital economy because they will be mostly implemented by ineffective state mechanisms.

The government has also neglected the capacity of market mechanisms, and has not done enough to reduce obstacles facing businesses. Furthermore, the National Council for Peace and Order's (NCPO) handling of 4G spectrum allocation stands in the way of promoting the new digital economy, as the NCPO issued an order in June of last year to suspend the 4G spectrum auctions for one year without providing any clear explanations.

Back in 2012, the National Broadcasting and Telecommunications Commission (NBTC) prepared for the 4G spectrum auction, using True Move's 1800 MHz spectrum whose concession was about to expire at the time. Nonetheless, the NBTC decided to extend the True Move service time limit, citing its inability to organise a spectrum auction by the time expected.

The 4G auction has been delayed once again due to the NCPO's June 2014 order. Although in December 2014 the NBTC requested the NCPO's permission to resume the auction process, the junta has yet to respond or even explain why it hasn't responded.

The delay of the 4G spectrum auction affects telecommunication operators' ability to compete in the marketplace. According to securities analysts, True Move would benefit from the auction delay, while AIS and DTAC will be at a disadvantage.

More importantly, the delay means consumers and citizens will lose the opportunity to use more effective technology and the country will lag behind some of its neighbours including Laos and Cambodia.

The auction delay will come back on the government as well, as the development of the nation's digital infrastructure will slow down, obstructing the government's digital economy policy and its economic stimulus package.

During the suspension of the 4G spectrum auction, neither the government nor the NCPO has done anything substantial to solve the problems in the telecom industry, which mainly result from the limited number of telecom competitors consisting only of AIS, DTAC, and True Move.

For example, they have not amended the law to liberalise the telecom market nor solved the problems concerning the NBTC's transparency and its governance. On the contrary, the proposed digital economy bills, which they hope to quickly pass, would not promote the realisation of digital economy, and are likely to infringe upon human rights.

Government ministers' statements on this issue also confused the public and even made them suspicious of the regime's intentions.

Since the temporary committee on the digital economy's meeting with the prime minister as the chair will be held tomorrow, I hope the situation of the 4G spectrum auction will be clarified. The prime minister, acting as the NCPO leader, can use this opportunity to abolish the previous NCPO order to delay the auction, as well as to signal progress for the auction as soon as possible.

In case the auction is not been approved, I hope that people shall at least receive clear explanations why a quick 4G spectrum auction would negatively affect the country so that it should be further suspended.