The good old days are ahead of us
Opinion

The good old days are ahead of us 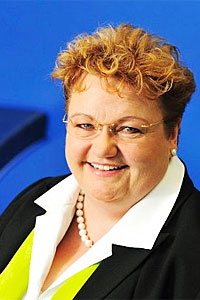 The ageing of our societies is one of the greatest success stories of the twentieth century. More than three decades have been added to the lives of hundreds of millions of people over the past hundred years. This is an accomplishment well worth celebrating; but we must also bear in mind that with increased longevity comes significant long-term economic consequences -- and that many societies are ageing at a record speed.

Last year, the OECD warned the world was ageing at an unprecedented rate and that this could help slow global annual economic growth from an average of 3.6% this decade to about 2.4% from 2050 to 2060. OECD countries in particular will be hit by a double demographic shock. Not only will their societies be rapidly ageing; diminishing income gaps between rich countries and emerging economies are likely to slow immigration flows, shrinking the workforce by 20% in the eurozone and 15% in the United States.

Demographic researchers divide countries into four categories, according to the share of the over-65 population: young (less than 7% aged 65 or over), ageing (7-13%), aged (14-20%), and super-aged (more than 21%). Today, just three countries -- Germany (21%), Italy (22%) and Japan (26%) -- qualify as super-aged societies. In the next five years, they are expected to be joined by Bulgaria, Finland, Greece and Portugal. In the following decade, Europe will continue to age, with another 17 countries, including Austria, France, Sweden, and the United Kingdom, expected to become super-aged, along with Canada, Cuba, and South Korea.

During this period, the challenges of rapid societal ageing will confront mainly the developed world. But in two decades, some 55 countries will be struggling to manage an older population. Joining the ranks of the super-aged by 2040 will be the US, China, Singapore, Thailand and Puerto Rico.

What makes the phenomenon even more remarkable is the speed at which these --are taking place. When France went from being a young country to an ageing one in 1850, slavery was still legal in the US, the light bulb had yet to be invented, and Germany had yet to become a unified country. It took another 130 years for the country to become an aged society in 1980. France is expected to become super-aged in 2023.

For many years, Japan was considered to have the most rapidly ageing population on earth. It went from having the youngest population among G7 countries in the early 1960s to being the world's oldest country in 2008. But if current projections hold true, several countries will accomplish a similar transformation a decade faster.

Indeed, today the world's most rapidly ageing country is South Korea, which became an ageing society in 1999, is expected to become an aged one in 2017, and will be a super-aged one in 2027. In other words, South Korea will undergo in less than three decades a transformation that would have taken France nearly 175 years. And while South Korea may be getting old the fastest, it leads a closely bunched group of countries that includes Bangladesh, Singapore, Thailand and Vietnam.

Iran, still categorised as young, is another contender for the title of fastest ageing country. Ageing is a product of rising life expectancies and falling fertility rates. The speed of the decline in fertility rates has been dramatic around the world; in Iran, it has been nothing less than astonishing, dropping from seven children per woman in 1984 to 1.9 in 2006. This will certainly have long-term consequences as the working-age population declines and the elderly population soars. Iran is expected to stay young until after 2020, but could then become super-aged less than 30 years later.

And yet, whatever the adverse economic impact of ageing, it is important to consider the alternative. Countries such as Sierra Leone, Lesotho, Central African Republic, and Zimbabwe have among the lowest life expectancies on the planet. They face many challenges -- famine, corruption, conflict, lack of access to clean water and education, Aids and Ebola -- but rapid societal ageing is not one of them. A rapidly ageing population may be a problem, but, overall, it is a pretty good problem to have. ©2015 Project Syndicate