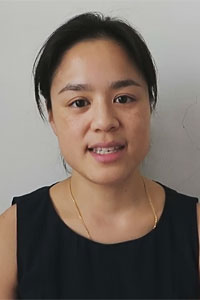 Demonstrators protest against the legislation to give US President Barack Obama fast-track authority to advance trade deals, including the Trans-Pacific Partnership (TPP) which faces opposition from civic groups worldwide. (AFP photo)

Two months ago, ministers from the 12 Trans-Pacific Partnership (TPP) countries met in Hawaii for what was widely expected to be the final time. After 10 years of negotiating, there were high hopes of an agreement to bind together one third of the world's trade under common rules.

The countries -- Australia, Brunei, Canada, Chile, Japan, Malaysia, Mexico, New Zealand, Peru, Singapore, United States and Vietnam -- had all invested substantial time and effort to reach a deal. Although Thailand is not part of the negotiations, an agreement would have far-reaching implications for the country. However, after just three days of meetings, the ministers broke up without agreement. One of the key sticking points: Thailand's part in the production network of Japanese vehicles.

Thailand's auto industry is significant, both for Thailand and Japan. The industry, dominated by Japanese brands, employs 500,000 people and produced just under two million vehicles last year, half of which were sold abroad. Auto parts make up a large part of the industry, accounting for roughly 250 million baht of exports each year. Thus, for the Japanese, negotiating on behalf of their auto industry probably meant they had to protect their production cluster in Thailand too.

Ahead of the ministerial meeting, Japan secured an agreement with the US to open up the American market to Japanese vehicles -- scrapping the 2.5% tariff on cars, and the 25% tariff on light trucks. But Japan could not agree with Canada and Mexico on the rules of origin requirements associated with the tariff reduction.

For Thailand, Japan's position at the negotiating table was a lucky escape. But the TPP negotiations have broader implications for Thailand's economy. Reduced tariffs are reported to have been agreed on 11,000 goods. And if negotiations are completed, the TPP trading block would become Thailand's single largest trading partner. The TPP countries make up 40% of Thailand's trade, compared to 22% for Asean, 14% for China and 9% for the EU.

Over time, if the TPP deal is agreed, we should expect to see some trade diversion from Thailand towards TPP countries. The automotive story shows there is stickiness in the process -- businesses face high costs in moving production processes to another country, so trade diversion does not happen immediately.

In the longer term, it is more likely that businesses will factor in the reduced cost of production and sizeable markets within TPP countries, and might be more willing to re-shape supply chains along the lines of the agreement.

In truth, the TPP deal involves much more than just trade and economic cost-benefit analyses. The TPP agreement covers 29 chapters, which include many non-trade issues such as investment, intellectual property, labour rights and environmental standards. Indeed, some economists, including Paul Krugman, have suggested that the TPP agreement has so few provisions about trade such that it should not even be called a trade agreement.

Semantics aside, the extent of both the trade and non-trade aspects of TPP demonstrate that this is a deal which has the potential to impose considerable effects on Thailand, even if Thailand remains outside of the deal. For instance, the investment chapter seeks to protect foreign investors under international law, which could divert valuable investment from capital-rich countries like the US or Japan, towards other TPP member countries and away from Thailand.

Meanwhile, the intellectual property chapter might impose data protection requirements on biologic medicines lasting up to 12 years, which could increase the cost of medicines in some TPP countries. Indirectly, this could boost Thailand's pharmaceutical and healthcare industries if it remains outside of the TPP.

The significance of these issues underscores the importance of opening up the debate on the TPP in Thailand. By their nature, trade deals always result in wins for some interest groups and losses for other groups, even when the complete package benefits the country as a whole. This is often the reason that trade deals are hard to secure, as the losing interest groups have the greatest incentive to drown the public debate with their issues.

So far, the government has been on record both supporting Thailand's position outside the TPP, and suggesting that Thailand might join later on. Given the extent and complexity of the TPP, it might be wise to start a proper consultation, assessing the potential impact. This would open up room for public debate and could allow the government consider how to use the trade deal to develop domestic industries.

Thailand's automotive industry may have been lucky this time, but the potential impact on Thailand's economy is too significant to be left to chance.

Dominique Lam is a student from John Hopkins University. She is an intern at the Thailand Development Research Institute (TDRI). Policy analyses from the TDRI appear in the Bangkok Post on alternate Wednesdays.

Dominique Lam is a student from John Hopkins University. She is an intern at the Thailand Development Research Institute (TDRI). Policy analyses from the TDRI appear in the Bangkok Post on alternate Wednesdays.

NAIROBI - William Ruto was Monday declared the victor of Kenya's hard-fought presidential poll, but the outcome sparked a split in the election commission and some violent protests in his defeated rival's strongholds.