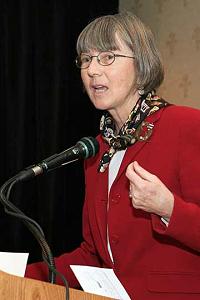 Finance ministers, central bankers and development economists are gathering in Lima, Peru, for the World Bank's annual meetings, where the debate will focus on how the institution's agenda fits our changing world.

Holding the event in a developing country represents a welcome shift from the usual Washington, DC venue. Now, the bank should make some other important shifts: It should reframe its mission and undertake new tasks, while its biggest shareholder, the United States, should rethink its role in the organisation.

The World Bank's current mission -- to end extreme poverty within a generation and boost shared prosperity -- is undoubtedly important. But, by reframing that mission to emphasise support for member governments' pursuit of inclusive and sustainable growth, the bank could do even more good.

Such an approach would reflect and reinforce the recently adopted Sustainable Development Goals (SDGs), which will guide global development efforts until 2030. And, far from excluding the current goal of ending poverty, it would embrace poverty reduction as an outcome of building stable, prosperous societies, in which citizens, through their taxes, are able and willing to fund capable and responsive states that honor agreed global standards and rules.

Such a reframed mission would align the World Bank more closely with its founders' original vision of a "global credit cooperative" generating benefits for all members through collective action. That vision was built on a simple and brilliant idea: to borrow against the secure capital of creditor members (at the time, primarily the US) and lend to members where investment capital was scarce and returns would be high.

That idea took advantage of the positive externality associated with borrowing costs as low as those merited by the credit risk of any single creditor (or lower). A return to that original dynamic would be good for everyone, from creditor countries (which would benefit from a more stable global system) to borrowers (whose economies would enjoy faster growth and poverty reduction).

Moreover, re-casting the World Bank's mission in this way taps the bank's distinct comparative advantage relative to the dozens of bilateral aid agencies and hundreds of non-governmental organisations that work in developing countries. This makes the bank's involvement particularly valuable. The World Bank has knowledge and experience in sectors as diverse as infrastructure, agriculture, health, education, pensions and financial regulation.

It has the ability to deploy a variety of financing and risk-sharing instruments in support of both private and public investment. And its staff possess unparalleled expertise about individual countries, including insight into the difficult local politics that sometimes inhibit the reforms needed to ensure returns on investment.

In adapting its mission to 21st century needs, the World Bank should also take on the responsibility of providing development-relevant global public goods. Today, the biggest risks to stable and prosperous societies -- such as unabated climate change, overwhelming pandemics, and the rise of antimicrobial resistance -- are global in nature, and therefore need to be addressed collectively.

Given that the returns on investment in development-relevant global public goods are collectively high, but remain limited on a country-by-country basis, this is an ideal area of focus for the World Bank as a global cooperative.

Specifically, the bank should become a prime mover in fostering investments to promote environmental sustainability; supporting research in agriculture, health, and clean energy; and collecting and analysing economic and social data. Of course, it need not assume responsibility for providing all of these public goods. But it can help by setting priorities, raising and channeling funds and assessing the impact of relevant investments.

To succeed, the bank must broaden its toolkit beyond country-specific loans -- the key instrument on which it has relied for seven decades. For this, it needs a clear mandate from member countries, as well as new instruments for financial and technical assistance that are geared toward the provision of development-relevant global public goods.

The final internal shift that must occur involves just one member: the US. During the last half-century, America has been a reasonably good steward of international stability -- a kind of benign bully operating in the collective interest.

But while the US remains an economic and military superpower, other countries are catching up fast. And the US seems unwilling to make space for them, as evidenced by its resistance to the establishment of the Chinese-led Asian Infrastructure Investment Bank.

The US should recognise that, while still globally powerful, it must now lead more by influence and persuasion, and less by holding fast to the rules and customs set 70 years ago, when it was, for all practical purposes, the sole creditor backing the creation of new international financial institutions.

So in Lima this week, the discussion of China's economic health and the Fed's timetable for interest rate hikes must be accompanied by a genuine debate on the need for these three shifts.

With a reframed mission, an updated agenda, and a more inclusive US, the bank would be well positioned to play a pivotal role in advancing the kind of development the world needs now. ©2015 Project Syndicate

Nancy Birdsall is the founding president of the Centre for Global Development.

Nancy Birdsall is the founding president of the Centre for Global Development.