Money won't make you happy, but it cuts stress risks 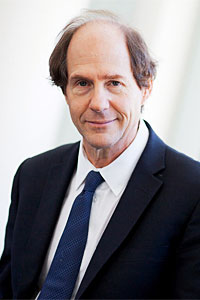 The US presidential candidates from both parties are focusing, as usual, on the middle class. But what's that? And why, exactly, does it deserve such attention?

Princeton's Angus Deaton, who on Monday was announced as the latest winner of the Nobel Memorial Prize for economics, has offered some intriguing answers. The most important is this: If you care about how people actually experience their lives, you should be concerned about people who earn less than $75,000 (2.6 million Thai baht) per year. Above that amount, Mr Deaton's evidence suggests that more money may not particularly matter.

To understand why, we need to distinguish between two very different measures of human well-being. Researchers have traditionally proceeded by asking people to evaluate their overall life-satisfaction (say, on a scale of 1 to 10). More recently, researchers have tried to capture people's actual experiences in a more refined way, for example by asking them about their levels of stress, sadness, happiness and enjoyment during the day (again on a scale of 1 to 10). A key question: Does money buy happiness?

Prof Deaton, along with his coauthor Daniel Kahneman (a Nobel Prize winner in 2002), found that in the United States, the answer depends on which question you use. If people are asked about their overall life-satisfaction, money definitely matters. As people's annual earnings go up, their self-reported life-satisfaction increases as well.

But the same is not true for actual experiences. More income is definitely associated with less sadness and more happiness up to $75,000, but above that level people's experienced happiness is the same regardless of income. In terms of stress, another important indicator of people's well-being, it's a lot worse to earn $20,000 than $60,000 -- but above $60,000, stress levels are not reduced by more money.

What's going on here? Prof Deaton and Prof Kahneman don't exactly know, but they speculate that above a certain threshold, increases in income do not much affect people's ability to engage in activities that matter most -- which include spending time with friends, enjoying good health and taking time off from work. They also suggest that beyond that threshold, more money might have some negative effects, such as a reduced ability to enjoy small pleasures.

But below the $75,000 threshold, many of life's misfortunes have a much bigger negative impact. For the poor, getting divorced, having asthma and being alone have far more severe effects. Even the benefits of the weekend turn out to be lower.

Prof Deaton and Prof Kahneman offer an assortment of other findings, most of which have policy implications. While women are slightly happier than men, they show much higher stress levels. Having children is highly stressful, and so is being a caregiver; both are reasons to find ways to relieve the economic and emotional pressures on those who take care of others.

Happiness increases (and stress decreases) if you are over 60, married or religious -- or if you have health insurance. People do, in fact, enjoy their lives a lot more over the weekends, suggesting there's a cost associated with eliminating them. On every count, it is really bad to have a chronic illness (diabetes, high blood pressure, asthma or cancer). A small but highly suggestive finding: People with headaches show lower levels of happiness, higher levels of worry and sadness and much higher levels of stress.

To be sure, some of these findings must be taken with caution, certainly for purposes of policy. Prof Deaton and Prof Kahneman themselves show that if you earn $150,000 per year rather than $75,000, you will likely show higher levels of overall life satisfaction. Even if you do not report lower levels of stress or higher levels of happiness, doubling your income can help you to get more out of your life. But it would be reckless to conclude people are not helped by obtaining very high income levels -- or to disregard the fact those who earn most often contribute a great deal to others (not least through promoting economic growth).

Nonetheless, actual experiences certainly matter, and Prof Deaton has demonstrated if the goal is to improve people's lives, we ought to be focusing most aggressively on helping people who earn less than $75,000 -- and on helping caregivers, parents of young children, smokers and people with chronic illnesses.

At the same time, the government might want to direct fewer resources toward programmes that disproportionately benefit those above that threshold -- on the simple grounds that the money is likely to generate a lower return. ©2015 Bloomberg View