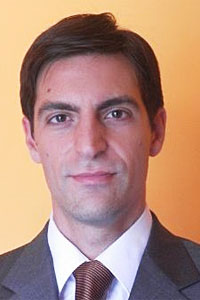 Legal constraints and high costs on access to technologies have led an increasing number of patients to cross international borders to have children. This phenomenon has rapidly increased in the past few years and Thailand has become one of the major international commercial surrogacy destinations providing assisted reproductive services to individuals from all over the world at affordable costs.

Most of the time, reproductive agreements have led to a positive outcome satisfying all parties involved: intended parents, gestational carriers, private clinics and agencies. In some cases, however, reproductive arrangements have given rise to legal issues and generated controversies in terms of protection of intended children, legal parenthood and enforceability.

Until recently, Thailand did not have any law regulating these matters. Surrogacy contracts were very complex and risky for a number of reasons. They involved various parties including gestational carrier, sperm/egg donors, biological parents and intended parents. These parties often entered into agreements without being aware of all potential risks they had to face in case of complications. Thus, many questions remained unanswered such as what was the fate of the “imperfect” child? Should the child be merely treated as the object of a commercial transaction? The traditional characteristics of consumer dealings such as prices, marketing, and the extension of credit seemed inappropriate in the context of reproductive services.

In order to regulate these matters, Thailand has recently adopted a new law on medically assisted reproduction called Protection of Children Born from Assisted Reproductive Technologies Act (ART Act). The new law specifies the parents’ legal status and the rights of related parties during and after surrogacy. More precisely, it defines surrogacy as “pregnancy by ART” and Assisted Reproductive Technology as “any medical scientific procedure that removes eggs or sperm from a human body for the purpose of unnatural pregnancy, including artificial insemination” of a third party. The main objective of the new law is to ban foreigners from seeking surrogacy services and end a “rent-a-womb” industry that raked in huge profits in artificial reproduction.

The Baby Carmen’s case is the first dramatic high point of the surrogate-parenting phenomenon after implementation of the new law. After learning that the couple is gay, the surrogate mother has refused to allow the baby, now being raised by the couple, to leave the country with them, leading to a campaign to support their cause.

Since the ART Act produces retrospective effects in terms of the status of a child born through surrogacy upon request of the intended parents to the court, the surrogacy agreement may fall under the application of the new law. According to Section 21 of the ART Act, intended parents must be heterosexual and legally married for at least three years. Section 21 of the ART Act also states that the surrogate mother must: 1) be a blood relative of either of the applicants, but may not be either applicants’ parent or descendant and 2) have had a pregnancy before the surrogacy. This means that the Thai surrogate mother is considered under the current legislation to be Baby Carmen’s legitimate mother.

It must be added that even if the case should be considered under the previous legal regime, the outcome would not have changed by much and the gestational carrier would still be considered as the legal parent of Baby Carmen. In fact, under the Civil and Commercial Code, parental rights over babies born under surrogacy are automatically granted to the gestational carrier.

Although the US embassy has issued a CRBA (a consular report birth abroad), which certifies Baby Carmen as a US citizen, Thai law governs the parental rights of a surrogate child only in the territory of the Kingdom of Thailand. In this regard, Section 1546 of the Civil and Commercial Code provides that “a child born of a woman who is not married to a man is deemed to be the legitimate child of such woman”. The father of a child who is not married to the mother at time of birth has no rights over his baby even if his name is recorded on the birth certificate and has a DNA test showing that he is the biological father.

It is therefore important for parties involved in a surrogacy agreement to be aware of all potentials risks they may face and have a clear understanding of the national legislation or historical court rulings.