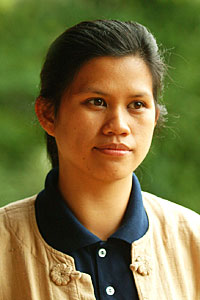 This offensive, in Mong Nawng, Mong Hsu, Kesee and Tangyan townships, has caused new displacement of over 3,000 Shan, Palaung, Lisu and Lahu villagers, who are now sheltering in temples in nearby villages and in jungle hiding places. These villagers, forced to abandon their homes and crops, are in desperate need of humanitarian aid. Four women have given birth in the jungle; one in a cave.

The attacks were taking place precisely while President Thein Sein was signing the so-called Nationwide Ceasefire Agreement (NCA) with eight armed groups in Nay Pyi Taw on Oct 15. During that time, 120mm shells were being rained around the SSPP/SSA headquarters at Wan Hai, sending hundreds of terrified villagers fleeing into the jungle.

This is a grim repeat of what happened in this area in March 2011, when the Myanmar army launched a large-scale operation against the SSPP/SSA, breaking their 22-year bilateral ceasefire agreement because the SSPP/SSA had refused to become a border guard force under the Myanmar army. The operation, involving torture, gang-rape and use of villagers as human shields, displaced over 30,000 people.

Since the SSPP/SSA signed a new ceasefire in January 2012, under President Thein Sein’s new peace process, the Myanmar army has failed to withdraw any of its troops from this area. Instead, they have been deploying more troops, and carrying out systematic military operations to seize strategic territory from the SSPP/SSA.

In 2013, attacks to seize SSPP/SSA territory along the Salween River in Tangyan displaced over 1,000 villagers. In 2014, there was a massive operation to seize SSPP/SSA territory in Kesee township, involving jets and heavy artillery, which displaced hundreds of villagers. This led to the seizure of Ta Pa Saung, a strategic river crossing linking central to northern Shan State. The Myanmar soldiers are now permanently stationed in local villages around this area.

The latest attacks against the SSPP/SSA this month have led to the seizure of the Ta Sarm Boo crossing point on the Pang River, a strategic gateway to Wa-controlled territories across the Salween River in eastern Shan State.

These operations are part of an ongoing strategy by the Myanmar army to seize and occupy the ethnic lands, irrespective of existing ceasefire agreements, and contrary to its commitments under the new NCA.

On Thursday, newly displaced villagers in Mong Hsu staged a demonstration, holding up placards calling for peace, and urging the Myanmar army not to cause war in their homelands.

It is urgently needed for the international community to heed the calls of these villagers. Rather than simply welcoming the signing of the NCA, they should be condemning the ongoing offensives by the Myanmar army in ethnic states and calling for the withdrawal of Myanmar troops.

Only if Nay Pyi Taw stops its offensives and pulls back its troops, can this be the first step towards trust-building and political dialogue. And only then can villagers on the ground have hope for real peace.

Charm Tong is a Shan human rights activist who has won several awards, including the Norwegian Students’ Peace Prize in 2007.

Charm Tong is a Shan human rights activist who has won several awards, including the Norwegian Students’ Peace Prize in 2007.