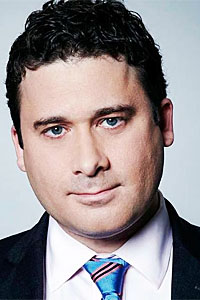 The USS Lassen, a guided-missile destroyer, underway, in this file photo by the US Navy.

After months of internal debate, the White House permitted the Defence Department to sail one ship near a reef in the South China Sea that China claims. The Chinese reaction shows Beijing has no intention of backing down. Now the Obama administration is debating what to do next.

Defence Secretary Ashton Carter confirmed on Tuesday that the Lassen, a US Navy guided missile destroyer, travelled on Monday within 19km of the Subi Reef, which was underwater until the Chinese government built it into an artificial island. Under questioning from the Senate Armed Services Committee, Mr Carter said the US has the right to operate near the Chinese structures. He expressed support for doing such a "freedom of navigation operation" again.

"What you read in the newspaper is accurate, but I don't want to say when, whether or how we operate anywhere in the world," he said. "These are operations that we should be conducting normally."

Mr Carter has publicly asserted US access to these waters since his speech in May at the Shangri-La Dialogue in Singapore. Admiral Harry Harris, the head of Pacific Command, has advocated that right as well, within the administration. But other senior officials pushed to delay the sail-by, fearing it would provoke Beijing and hurt other areas of cooperation, US officials told me.

The White House decision to move forward came after several meetings at the National Security Council Principal Committee level, where the timing was a sticking point. White House officials wanted to wait until after President Obama's summit last month with Chinese President Xi Jinping, during which Mr Xi said publicly that China did not intend to militarise the artificial islands. Secretary of State John Kerry argued for delaying the operation until after the Paris Climate Change conference, US officials said. It ends in December.

The Chinese Foreign Ministry reacted swiftly on Tuesday, calling the US move a "deliberate provocation" and summoning the US ambassador to China, Max Baucus, to protest the action. The foreign ministry spokesperson said China might conclude it had to "increase and strengthen the building up of our relevant abilities". The Chinese Defence Ministry said the ship's activity was a "coercive action that seeks to militarise the South China Sea region".

US officials told me the Chinese reaction was as expected and that the Obama administration had publicly signalled for months that the freedom of navigation operation would take place. There is no expectation that one ship's action will deter the Chinese expansion in the South China Sea. Instead there is a new internal debate over what the US should do next and when.

Officials said Mr Carter had told Pacific Command to come up with a detailed plan for conducting freedom of navigation operations in the South China Sea that could include deploying more naval forces to the western Pacific to routinely conduct these exercises out of Clark Air Base in the Philippines with support from P8 surveillance aircraft. The official in charge of developing the plan is Rear Admiral Mark Montgomery, the head of Pacific Command operations.

Mr Carter and the top brass support that strategy, US officials briefed by Mr Carter's staff said, but others in the Pentagon --  including Admiral John Richardson, the new chief of Naval Operations -- favour less confrontation and more engagement with the Chinese People's Liberation Army Navy. Pacific Command will submit its proposal to an interagency process. It could be debated for months before the president makes another decision.

Some Republican lawmakers expressed support for the freedom of navigation patrol -- and said the Obama administration must do more to stand up to Chinese aggression.

"This cannot be a one-off occurrence," said Senator Cory Gardner, the chairman of the Senate Foreign Relations East Asia Subcommittee. "This must continue. It must be regular." 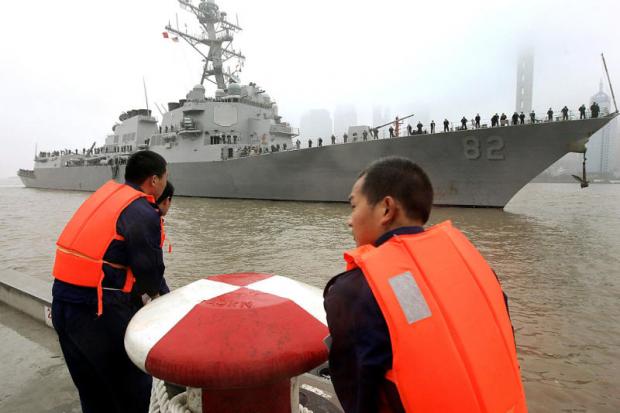 Chinese navy personnel getting ready for US Navy guided missile destroyer USS 'Lassen' to dock in Shanghai for a scheduled port visit in 2008. The destroyer sailed past one of China's artificial islands in the South China Sea on Tuesday, in a challenge to Chinese sovereignty claims.

Representative Randy Forbes of Virginia, who has urged the administration to travel within 19km of China's artificial islands, told me that the White House is still coming up short in its promise to shift US focus to East Asia. He said China's claims in the South China Sea show that need.

"Instead of a strategy to prevent these actions, they are in a position where they react," Mr Forbes said of the Obama administration. "Now we have to just wait and see what the next steps are."

Asia experts who are sympathetic to this viewpoint out that the administration has responded to provocations from China with finite reactions, lacking follow-up. For example, when China declared an Air Defence Identification Zone last year in the East China Sea, the US made a show of flying B52 bombers through it one time. The US has not pushed back since then, and America's regional partners have largely acquiesced to Chinese claims to the zone.

"If the US just sends in one destroyer, it's flamboyant and it doesn't do anything to say the nature of the balance is shifting back in our direction," said Michael Auslin, an Asia scholar at the American Enterprise Institute. "The Americans have been forced into a reactive stance. And it took them a year to figure out what to do in the first place."

If the buildup in the South China Sea continues, in a few years China will have cemented its control over the territory, he said. In addition to regular freedom of navigation operations, Mr Auslin thinks the US should encourage other regional allies to join the US in physically challenging Chinese maritime claims.

Patrick Cronin, director of the Asia Pacific Security Programme and the Centre for a New American Security, said the administration does have a multi-pronged approach to dealing with China's assertiveness in the South China Sea. Part of it is to build partnerships with Southeast Asian allies and push for a code of conduct that China will sign to govern all nations' actions there. But the Obama administration needs to do more to prevent China from changing the power dynamics in the South China Sea, he said.

"Overall, the White House wants to secure its legacy of managing a stable US-China relationship despite differences. But even within that approach, we're going to have to flex some muscle," said Mr Cronin. "These operations are not fixing the problem. These operations are to demonstrate our interests that we are working toward."

Senator Ben Cardin on the Asia subcommittee told me that the administration is right to weigh the risks of escalation with China while reinforcing American commitments and policies.

"What the US is doing is calculated," he said. "We don't want to cause unintended consequences."

US officials and outside experts agree that China's militarisation of artificial islands in the South China Sea is a problem that is not going away and will require a robust US strategy for the foreseeable future. There is also a consensus that although changing China's behaviour is difficult, the US and its allies still need to impede the Chinese as they try to consolidate control of disputed territory.

However, there is no consensus in Washington about how to do that. The US government has a range of tools -- diplomatic, economic and military -- to push back against the Chinese strategy. The question is whether the US will use those tools effectively before China's control of the South China Sea becomes a fait accompli. ©2015 Bloomberg View

Josh Rogin is a Bloomberg View columnist who writes about national security and foreign affairs.

Josh Rogin is a Bloomberg View columnist who writes about national security and foreign affairs.