Ma-Xi meeting and the art of words
Opinion

Ma-Xi meeting and the art of words 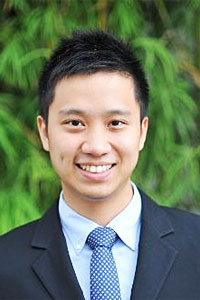 To observers around the world, the groundbreaking handshake between Taiwanese President Ma Ying-jeou and Chinese President Xi Jinping on Nov 7 was a display of great symbolic progress in cross-Strait relations. To the domestic viewers in Taiwan, however, what mattered even more were the words spoken in this encounter -- particularly the opening remarks delivered by Mr Xi and Mr Ma.

Mr Ma could have garnered additional support back home had he been more prudent while addressing the 1992 Consensus -- a rhetorical formula that both sides claimed to be the foundation for cross-Strait exchanges since 2008, when Mr Ma took office.

In 2000, as Minister of the Mainland Affairs Council (MAC) in Taiwan, Mr Su Chi created the term "1992 Consensus" to encapsulate the tacit understanding reached by two semi-official organisations, the Taipei-based Strait Exchange Foundation (Sef) and the Beijing-based Association for Relations Across the Taiwan Strait (Arats), after their 1992 meeting in Hong Kong. The inferred understanding is that both sides can insist on the "one-China" principle, but agree to disagree on its definition.

In Mainland China, the 1992 Consensus incorporates the "one-China" policy to serve as a safeguard for the territorial integrity of the People's Republic of China (PRC). In contrast, Taiwan emphasises the element of respective interpretations, stating that the "one-China" is the Republic of China (ROC), which is an independent sovereign country in accordance with the ROC Constitution.

Given the delicate nature of cross-Strait relations, every word should be carefully articulated in the meeting. In Mr Xi's opening remarks, he said that cross-Strait relations have moved down the road toward peaceful development, and hoped that both sides adhere to the 1992 Consensus. He did not specifically use the terms "one-China" principle or "both sides belong to one China", and only mentioned the 1992 Consensus.

However, following Mr Xi's four-minute speech, Mr Ma gave a seven-minute talk that included one key line on the 1992 Consensus, but did not bring up the respective interpretations. Mr Ma said publicly the 1992 Consensus represents an agreement on the "one-China" principle by both sides. Mr Ma used the terms "one-China, respective interpretations" and "ROC Constitution" during the closed-door meeting with Mr Xi, trying to show that the 1992 Consensus is an effective framework for both sides to negotiate on equal footing. But the message Mr Ma defended -- about ROC's sovereignty and Taiwan's dignity -- would have been more convincing had Mr Ma brought up the differing interpretations in the opening remarks.

Both leaders undoubtedly wanted to avoid being provocative in this first encounter. If Mr Ma did not want to provoke the Chinese side, he could have simply alluded to the 1992 Consensus as Mr Xi did, without discussing its meaning at the start of the summit.

Due to the politically sensitive nature of cross-Strait relations, these subtle differences matter -- otherwise it would not have backfired for Kuomintang's (KMT) Chairman Eric Chu when he used the phrase "both sides of the Strait belong to one China" after meeting with Mr Xi in May 2015, or for Hung Hsiu-chu, replaced by Eric Chu as KMT's presidential candidate, when she advocated "one-China, same interpretation".

With about two months away from the presidential and legislative elections in Taiwan, questions were raised as to whether the Ma-Xi handshake would shake up the campaign trail on the island. Tsai Ing-wen, the Chairwoman of the Democratic Progress Party (DPP) and a frontrunner in the presidential race, continues to lead KMT's Eric Chu by 20 to 25% in major opinion polls.

Another factor that is not boosting KMT prospects could be Mr Xi's emphasis on kinship across the Strait. Mr Xi underlined that China and Taiwan are flesh-and-blood brothers in one family and Chinese people on both sides could solve their own problems. Mr Xi urged compatriots in China and Taiwan to jointly rejuvenate the Chinese nation.

The idea of stronger cultural bonds with China is a tough sell in Taiwan, especially with the growth of Taiwanese nationalism since the 1990s. According to the latest survey conducted by the Election Study Centre at National Chengchi University, 59% of the people in Taiwan refer to themselves as Taiwanese, 33.7% as both Taiwanese and Chinese, and only 3.3% as Chinese.

It will not be difficult for Ms Tsai, who has emphasised her Taiwanese identity and democratic values, to prevail in the presidential race. Facing a divided KMT that was trounced in the 2014 local elections, Ms Tsai easily leads in the polls without having to clarify her cross-Strait policy.

The Ma-Xi meeting is unlikely to change the results of the presidential race, but the theme of the summit will linger and dominate debate until Election Day, pressuring Ms Tsai to come up with a solid cross-Strait strategy.

Ms Tsai has reiterated she will maintain the status quo of cross-Strait relations in accordance with the will of the Taiwanese people and the existing ROC constitutional order. However, her pro-independence position and reluctance to accept the existence of the 1992 Consensus concerns Beijing. Given Mr Xi's statement that the 1992 Consensus is the foundation for both sides to cooperate, Ms Tsai will have to figure out a feasible formula that she could use to push for stable cross-Strait relations without acknowledging the 1992 consensus.

The future of cross-Strait relations will also affect the prospect of Taiwan's inclusion in the major regional free trade agreements, including the Regional Comprehensive Economic Partnership (Rcep) and the Trans-Pacific Partnership (TPP). Given the fact that China is driving Rcep and holds significant economic and political influence over many parties in the TPP, if Ms Tsai wins, she faces an uphill battle in feasibly aligning Taiwan with the economic integration of the Asia Pacific.

Jing Bao-chiun is a Research Associate at the Centre on Asia and Globalisation, Lee Kuan Yew School of Public Policy, National University of Singapore.

Jing Bao-chiun is a Research Associate at the Centre on Asia and Globalisation, Lee Kuan Yew School of Public Policy, National University of Singapore.