An army of country delegations, civil society, scientists and journalists are descending on Paris this week to participate in, and try to influence, an expected global climate agreement. There is much at stake as the implications of a 2 degrees Celsius global temperature increase poses an increasingly frightening spectre.

Despite this, and efforts by many to push for a temperature increase cap of 1.5C, global commitments thus far to reduce emissions fall far short of what is required to keep global warming below 2C.

Impressive global progress has been made on a number of fronts related to the Millennium Development Goals since their initiation in 1990: The number of people living in extreme poverty has declined by more than half, the proportion of undernourished people in developing countries has fallen similarly, as has the number of out-of-school primary age children. Under-five mortality has fallen by more than three times and the proportion of women in parliament has nearly doubled. Despite this progress in other areas, the world has yet to make tangible progress on addressing climate change. This is due in part to the fact that the global community has rarely, if ever, faced a collective problem as complex, and requiring such far-sighted leadership, as climate change. 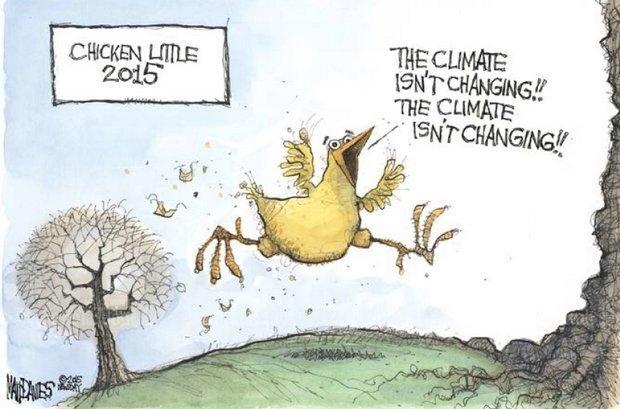 The forests and land use sector account for a quarter of global carbon emissions, concentrated mainly in tropical countries, and efforts to target the emissions from this sector have had only limited success to date. The forest sector's role in mitigation remains a focal point of discussion at the climate meetings under the United Nations Framework Convention on Climate Change (UNFCCC) -- offering both potential emission reductions, but also a minefield of social, political and environmental concerns.

However, while political and economic considerations have guided the negotiating strategies of many countries, there is a growing body of compelling work suggesting that incorporating social concerns are not just critical to the success of climate change solutions, but they are within the best interest of broader society as well. We know that equity, also referred to in some fields as equality, has significant impacts on a range of development outcomes. With regards to income equality, we know that societies with a bigger gap between the rich and the poor tend to have worse outcomes on a number of indicators, including for the well-off. While greater equality yields the greatest benefits for the poor, the benefits extend to the majority of the population.

What does this mean for forests and climate change? It means that in countries where equity is strong, we can anticipate less need to degrade environmental resources because poverty and livelihood options are improved, and increased and more equitable rights for land tenure and resource access strengthen sustainable land management. In countries where equity is strong there is also increased visibility and voice in consultation and decision-making processes, leading to more realistic and fair planning and management processes. Thus, rural communities have a greater balance of resources, rights and influence, as opposed to disproportionate influence and wealth in urban centres. All of this combined can be expected to lead to favorable outcomes for forest management and climate change mitigation.

In advance of COP21, RECOFTC -- The Centre for People and Forests has been working to better understand issues related to equity and forest governance in the Asia-Pacific region. RECOFTC's new report, "Equity in Forests and REDD+: An Analysis of Equity Challenges as Viewed by Forestry Decision-makers and Practitioners in Cambodia, Lao PDR and Vietnam", presents an analysis of findings from national pre-COP consultations the three countries as well as learning from the USAid Green Mekong programme, the Norad Grassroots Capacity Building for REDD+ programme and the Asean Social Forestry Network. The report looks at differences in equity and equitable outcomes as understood at national and local levels, and related barriers to the achievement of equitable outcomes.

Given that national governments as well as international partners have limited financial and human resources to draw on, the analysis is designed to present priority forest governance equity challenges and solutions proposed by national level policymakers and non- government stakeholders. The associated recommendations are intended to support realistic and targeted capacity development for forest equity in the region. The analysis identified four key areas for achieving forest equity: Participation in forest decision-making by local communities, access to information, clear benefit sharing mechanisms, and clear land tenure rights. The evidence shows that social equity does not only benefit marginalised people, but rather all of society.

RECOFTC's experiences with national policymakers and government partners in the Asia-Pacific demonstrate that they value equity in forest governance and are potentially powerful partners in identifying barriers and solutions for improved equity. The viability and success of any agreement emerging from Paris requires that equity extending to local communities form an essential component of process and outcomes in tackling climate change.

Regan Suzuki Pairojmahakij is a Senior Program Officer at RECOFTC.

Tonic needed as inflation is here to stay

Give graft a SLAPP

Innovation is key to economic recovery

Cops must be role models