Thais must change view on learning 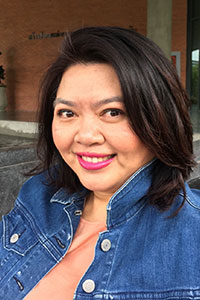 This year Teachers' Day is celebrated with education reform falling into oblivion. In substance, though, there is more to the reform effort than meets the eye.

It is apparent that a number of Thailand's education reform initiatives have stemmed from the disappointing reports about performance rankings from international assessment organisations. It leads to the conclusion that Thailand's educational system is, indeed, in need of an overhaul.

Despite reported satisfactory results that came out just three weeks after implementation, some teachers were found incapable of relating to extra-curricular activities that were required of them in main class-time learning, let alone monitoring the individual student progress that took place outside of the classroom.

The 4H (head, heart, hands and health) policy has overwhelmed schools and left them confused by a mind-boggling menu of some 300 activities to choose from. Even the Education Ministry admitted that in order to implement policies such as these, the education system needs fundamental changes, and they won't happen overnight.

But there is one change that we need -- a change of mindset. The first change is the way Thai culture views learning.

It is not easy to make ourselves believe that our culture is responsible for this failure. Western learning is principally based on children discovering new things for themselves, whereas Asian learning tends to be associated with hard work and rote learning. Asian students are the masters of achievement-oriented study which results in either reward or family humiliation.

A good school is a ticket to a good university, but then what?

Political dominance, societal hierarchy, issues of inequality all result in disparity and poor quality of education. Even an education at private and select public schools in Bangkok, which can secure more privileged student seats in elite universities, does not guarantee that the students are capable of independent thinking.

What's missing is critical thinking, a key to independent thinking and learning, and transferrable to inquiry within school, in real life and consequently to a child's intellectual abilities.

Asian cultures prize harmony over almost everything else, even logic. Voicing a disagreement about ideas or opinions is sometimes taken as a personal attack, particularly from someone younger or of lower status. Learning that instills reasoning, questioning and critical thinking may be feared as a threat to Thai society at large.

What should be promoted is the notion that critical thinking is not our foe.

Critical thinking should not be felt or come across as being negative or contrary to all policies and regulations set out by those in authority. Rather, it is being capable of engaging in and debating ideas and the consequences of issues, to challenge the status quo and strive for improvement.

Take Singapore, for example -- a unitary parliamentary republic where order and security are top priority. Its new upper-secondary social studies syllabus being introduced in 2017 will include issues promoting active citizenship and critical thinking.

It comprises topics for debate such as Singapore's "Little India Riot" in 2013, the alleged harassment of organisers of their Independence Day celebration in 2014, and competition for resources with the inflow of foreigners into the country. These are uncomfortable issues to discuss -- all the more reason to discuss them.

I'm certain that social order and critical thinking can coexist in Thailand. This can be done through open-ended questions that make learning more enjoyable and meaningful, allowing us to rid ourselves of shallow rote learning and develop high-order thinking skills.

Expert Soraj Hongladarom suggests that in order for an Asian culture and critical thinking to exist in harmony, the culture first has to accept some adjustments, because after all, a culture is composed of decisions set as priorities. So the decisions should correspond with changing circumstances and conditions -- time and space. Mr Soraj also believes that critical thinkers in an Asian culture should recognise traditional practice as ceremonies that they are part of, and should have the judgment to know when to detach their analytical thinking from their environment.

In fact, critical thinking is central to most of Thailand's education reforms. It was even included in the two aforementioned initiatives. What has prevented us from finding success then? Answer: lack of open-mindedness and relevance.

In countries with advanced educational systems, one thing they have in common is access to the education that is open and relevant. Thai education must provide students with exposure to meaningful content and learning. So in their real lives, not only in school, children will be able to decipher the barrage of information and make more informed decisions about issues at hand.

If you ask students what they want from education reform, their views might surprise you. A critical thinker I came across during my teaching time at King Mongkut's University of Technology Thonburi enlightened me with his bone-shell theory of education.

A certain Pawin said education should not be a shell that protects students from toxins and venoms seen as threats by the Education Ministry. The shell can leave them naïve and unwary.

Rather, it should be the bones of the body. The skeleton provides support and protection from the inside as a framework to analyse and assess new information. Tissues, muscles and skin continue to grow and expand according to the changing environment.

With time, bruises and scars may occur from first-hand experiences as they make their own discoveries.

A student has spoken.

Pattamawan Jimarkon Zilli is an assistant professor in the Department of English, Faculty of Liberal Arts, Thammasat University.

Pattamawan Jimarkon Zilli is an assistant professor in the Department of English, Faculty of Liberal Arts, Thammasat University.