A steady drip of censorship
Opinion

A steady drip of censorship

The military regime has stepped up its campaign to squeeze information, providers and readers on the internet. It has made public its plans to do this and made it clear it will carry on attempts to convince foreign firms to delete information, reveal identities and transfer control of at least some discussions to the government. The known foreign targets of this pressure are Google, Facebook and Line.

More, presumably, will follow. Because the military-appointed National Reform Steering Assembly was attempting to keep its meeting with Google secret, the NRSA will not explain its actions. According to leaked documents, members of the reform group told Google on Jan 22 that it wants the government to be able to order the removal of entries from the Google search engine.

Google vice-president and deputy general counsel Matt Sucherman participated in the talks. All reports leaked from that meeting show that Mr Sucherman refused the NRSA's requests.

This is the government's position, as relayed by the NRSA to Google, from a "secret" documents leaked from its offices:

Sometimes, ill-intentioned people post material on the internet that is harmful to Thai national security, and the information is indexed by the Google search engine. Legal avenues are available to order the removal of the material, but it is tedious, and the damage may already be done. So Google could help Thailand if it just removes any material the government wants removed. 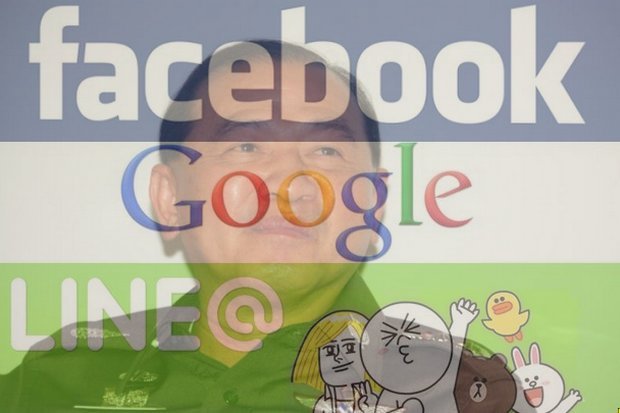 The leaked material added a stunning detail. The NRSA officials apparently alluded to Google's operations in Thailand. The leaked document says they promised to help Google, in case the company was having any administrative problems, or if it encountered any in the future. Of course, the offer to help Google do business in Thailand had nothing at all to do with the request that Google could help the government by removing troublesome material from its search index.

Google has never ceded any control over its content, or identified any of its users, barring at least a court order. There are other reasons why Google removes web-search material. It briefly censored Google Maps' satellite views of military airports. It removes internationally recognised criminal items such as child pornography. But in general, barring court action, Google's insistence on publishing has been impervious to government appeals. Google closed its entire operation in China rather than accede to demands it identify some of its Google Mail users.

Other targets for the NRSA "requests" are Facebook and Line. These companies' policies on government cooperation are very close to Google's. Net users must hope that these firms, and others, follow Google in telling state officials that without a court order they cannot act against their own customers.

The regime held similar talks with the big information providers shortly after the May 22, 2014, coup. Thus, the military certainly has a "Plan B" in mind. For example, a procurement document unearthed last week by researchers at Blognone.com revealed junta plans for surveillance of 500,000 individuals using Facebook, Twitter and Pantip.com accounts, and presumably others. The purchase of automated text-grabbing and facial recognition software for 12.8 million baht for this purpose already is under way. The internet "single gateway" plan is still in development.

These are all violations of citizens' privacy and basic civil rights. Recent actions online and in the street clearly define the military regime's definition of a "national security threat". The government continues to turn the screws on open discussion. This ensures a failure of reconciliation efforts and badly harms the international image of Thailand.