Flagging up respect for the nation
Opinion

Flagging up respect for the nation 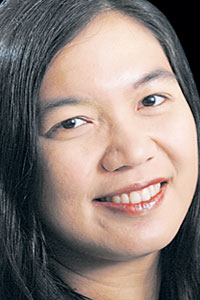 Sometimes, our daily routine turns out to be an extraordinary thing for other people. So is the Thai people's daily practice to stand still and respect the national flag twice a day. Thai students must stand in front of the raised flag and sing the national anthem at 8am sharp every day. Whenever we hear the national anthem in public places, especially outdoors, we stop walking or doing other things and stand still to show our respect.

Never before had I thought this daily routine would deeply impress foreigners until I last week read an article on the thaiwinds.com website. Web user "ejcomment" posted a video clip entitled, "Stand up! (to honour the Thai national anthem)" from YouTube and more than 30 foreigners offered compliments. The clip shows all people in a pedestrian area standing still when hearing the national anthem. Most comments reflect the respondents' surprised and good feelings.

Here are examples of those comments. ThePierre58 wrote,"Great tradition…PRIDE in your country!". IG Yudha added, "Thais should really be proud of their anthem and their history. The only SEA nation that didn't see colonialism. Let's march forward together, respect from Indonesia." K S wrote, "It is a great habit. That's why Thailand keeps independence for a long time in Southeast Asia. We Japanese should learn this." A few asked questions. One asked, "Are we arrested if we do not stand up during the anthem?", and someone replied, "No, it s up to you. But Thai people always do this".

To Thais, before the national anthem is played on the radio and TV at 8am and 6pm every day, we usually hear an announcement: "Please stand and respect the national flag to show our pride in national independence and Thai ancestors' sacrifices." Nonetheless, I must admit to having done this all my life automatically.

To understand this practice, I read Chulalongkorn University's Faculty of Arts thesis about the Thai national flag and the formation of Thai nationalism. According to the thesis, the importance and sacredness of the Thai national flag was emphasised during the tenure of former Prime Minister Field Marshall Plaek Phibulsongkhram who headed the government from 1938-1944 and from 1948-1957.

It started with the change of the national day from April 6 to June 24 and the country name from Siam to Thailand, starting from June 24, 1939. That government also campaigned for people to show respect for the national flag as one of the national values called ratthaniyom to promote nationalism, especially via a daily radio programme entitled "Conversations between Mr Mun and Mr Khong".

The radio programme often discussed stories, meaning and the importance of Thailand's national flag and how to install the flag on important days. It also suggested a guideline for raising and descending the national flag and respecting the flag at 8am and 6pm every day.

Later, the programme quoted the Public Relations Department as asking all Thais everywhere to stand still during the flag raising ceremony at 8am daily "to respect the national flag", and stressed its importance as "the sign of independence of Thailand and a symbol of serenity and sacredness of Thailand...". They also urged all Thais nationwide to respect the national flag at 8am daily, starting from Sept 14, 1942.

In 1935, the national flag raising and descending regulation for all state and private agencies and schools was published in the Royal Gazette. According to the Flag Act of 1979, those who do not show respect by standing or observing a silence during the flag raising and descending ceremonies are subject to no more than one year's imprisonment and/or a fine of no more than 2,000 baht.

A few years ago, a man complained on pantip.com that he was condemned by other people and warned by police for not stopping his car during the flag raising ceremony in a rural community. In 2013, a student said during a TV programme that the morning ceremony for students to respect the national flag and pray every morning instilled a sense of ultranationalism. In response, a few people commented that respecting the national flag is not part of Thai culture, resulted from the influence of military regimes and was introduced to promote nationalism. Meanwhile, many others were willing to continue this practice since it reminded Thais of national independence. Some of them added a sense of nationalism could lead to national development.

In my opinion, showing respect for the national flag is a social norm. I have seen a number of people failing to do it, but none of them was arrested or fined. However, they might feel uncomfortable when other people look at them strangely. To me, I think of the proverbs, "When in Rome, do as the Romans do" and "Courtesy costs nothing".