Betrayal is at the heart of politics
Opinion

Betrayal is at the heart of politics 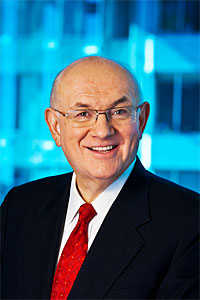 A powerful sense of betrayal is driving the 2016 campaign. The Donald Trump campaign has always been angry. We are now beginning to see the same anger in the Bernie Sanders campaign. No candidate left in the race is echoing Barack Obama's 2008 message of hope and optimism. Senator Marco Rubio and former Florida Governor Jeb Bush tried it -- and look where it got them.

On the Republican side, the sense of betrayal started long before the Trump campaign. It emerged with the Tea Party movement in 2010, which claimed that Republicans in Washington were failing to do what Republicans elected them to do -- namely, stop Mr Obama, particularly his Obamacare policies. The Tea Party accused GOP party leaders like former House Majority Leader Eric Cantor and former House Speaker John Boehner of selling out the conservative cause.

The Trump campaign does not come out of the conservative movement, which favours Senator Ted Cruz of Texas. Mr Trump's support among Republicans is broader than ideological conservatives. He appeals to a lot of white working-class voters, who feel intensely alienated from the GOP. Republican leaders got elected with their support, and they then ignored them on issues like trade, immigration, entitlement spending and isolationism. Mr Trump amplifies their complaints.

Conservatives have long nurtured a keen sense of betrayal. In the 1950s, Senator Joseph McCarthy led a campaign against New Deal policies by charging communist betrayal in the highest ranks of government. In the 1990s, as Pat Buchanan ran for the Republican presidential nomination against President George HW Bush and Senator Bob Dole of Kansas, he claimed that establishment figures were betraying President Ronald Reagan's legacy. 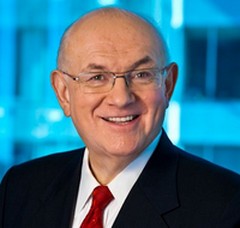 Bill Schneider is a visiting professor in the Communication Studies Department at the University of California, Los Angeles.

On the Democratic side, Mr Sanders has expanded his campaign message from an attack on Wall Street to an attack on the Democratic Party. "We're taking on not only Wall Street and the economic establishment," he said in January. "We're taking on the political establishment." He accused former Secretary of State Hillary Clinton of being part of the establishment because of her support from Planned Parenthood. He even slammed the Human Rights Campaign, the nation's leading gay-rights organisation, for supporting Ms Clinton because she is the establishment candidate.

Mr Sanders is running a vigorous campaign against the legacy of Clintonism in the Democratic Party. Last year, he said, "I disagree with [former President Bill Clinton] strongly on Nafta [the North American Free Trade Agreement] and permanent trade relations with China. I very strongly disagreed with President Clinton on the deregulation of Wall Street. I opposed that strenuously."

Many Sanders supporters regard Clintonism as a betrayal of Democratic values. They cite Wall Street, trade deals, the Defence of Marriage Act, "Don't Ask, Don't Tell", welfare reform, Bill Clinton's balanced-budget deal with then House Speaker Newt Gingrich and the 1994 crime bill, one factor in the mass incarceration of African-Americans.

Bill Clinton has acknowledged that the 1994 crime bill "went too far". Hillary Clinton said during the last debate, "I am sorry for the consequences that were unintended and had a very unfortunate impact on people's lives."

Bill Clinton was the first Democrat to get elected after the party lost three consecutive presidential campaigns -- Jimmy Carter in 1980, Walter Mondale in 1984, Michael Dukakis in 1988. With a string of losses like that, a party is likely to conclude, "We can't go on like this." Bill Clinton led the Democrats back to power by reaching an accommodation with the still dominant Reagan consensus. He was a "New Democrat" and an advocate of "the third way".

The Reagan consensus was brought down by the failures of the George W Bush administration. Today, after the destruction wrought by free-market capitalism in the 2008 economic collapse, a self-described "democratic socialist" doesn't sound so extreme. It's a different era, and many Democrats want to renounce the compromises of the Clinton era as a betrayal of the party's true values.

Mr Sanders may cause real damage to Hillary Clinton's campaign. One in three Sanders supporters said last month that they would refuse to vote for Ms Clinton if she's the Democratic nominee. Even if he doesn't win the nomination, Mr Sanders seems intent on provoking showdowns at the Democratic convention over issues (trade, Wall Street) and over rules (the power of super-delegates).

The theme of betrayal was prominent in the 1960s. It transformed both political parties. Senator Barry Goldwater's 1964 presidential campaign claimed that the Republican Party had been betrayed by the "Eastern Establishment". The establishment Republican president, Dwight D Eisenhower, was never a hero to conservatives. He, like Bill Clinton afterward, was seen as too accommodating to the prevailing consensus. In the 1950s, that was the New Deal consensus.

The cry of betrayal was also heard on the Democratic left in the 1960s. The left had no problem with the Democratic establishment's commitment to New Deal social-welfare liberalism or civil rights. But they were enraged by the Vietnam War and broke with the party establishment's commitment to anti-communist containment that dated back to President Harry S Truman and the onset of the Cold War.

Betrayal is an enduring issue in US politics. That's because the Constitution mandates check and balances and a separation of powers. Every elected president has to compromise in order to get things done -- even with members of his own party. That's how US government works. "Read the Constitution," Bill Clinton once said to a Tea Party protester. "It might as well be called `Let's Make a Deal'."

Purists don't like deals. They call people who make them sell-outs. Deal making may be the way the US has to be governed, but it will always carry the risk of betrayal.