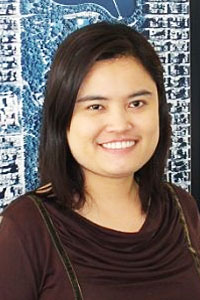 A security officer stands guard on a road in Narathiwat's Muang district. The peace talk process faces uncertainty as the government and a group representing insurgents have failed to reach agreement on any key issues. (File photo by Waedao Harai)

The removal of a senior military officer who had played a key role in the Thai dialogue team in the southern peace talks, and the team's unreadiness to endorse the draft terms of reference (ToR), raise concerns about whether the process is facing a deadlock.

The technical teams of Party A, representing the Thai government, and Party B, a term defined as "people with different opinions from the state" and represented by Mara Patani, have spent several months working on the ToR. The Party A technical team was led by Lt Gen Nakrob Bunbuathong, who was removed shortly before the April 27 meeting in Kuala Lumpur.

Mara Patani came to the meeting expecting the draft ToR to be officially endorsed, paving the way for the beginning of a full-panel dialogue. To its disappointment, Party A instead announced it was not ready to endorse the jointly-drafted document. 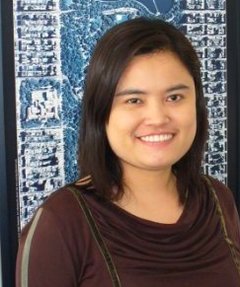 Rungrawee Chalermsripinyorat is a PhD candidate at the Australian National University's Coral Bell School of Asia Pacific Affairs. She formerly worked as an analyst for the International Crisis Group. (Photo via LinkedIn)

In August last year, Mara Patani set three pre-conditions for talks: Place peace negotiations on the national agenda, recognise Mara Patani as a legitimate dialogue party and grant immunity for its representatives. Party A meanwhile said it wanted the dialogue to focus on safety zones, local development and justice.

Prime Minister Prayut Chan-o-cha has said the peace dialogue process is already considered part of the national agenda, backed by several national policies and orders. While the government seems uncomfortable with the word "immunity", it has shown willingness to provide Party B with "safety and security of travel in and out of southern Thailand and protection from detention and prosecution".

The most controversial issue seems to be the recognition of Mara Patani as a dialogue party. Reluctance to recognise the group is two-fold. First, it reflects the Thai state's long-held policy to keep the southern conflict as an "internal affair" and prevent any inter-governmental organisations or foreign governments from becoming involved. It fears foreign intervention could take the matter out of its hands and possibly open the way for insurgents to claim independence. Following advice from the Ministry of Foreign Affairs, the military has avoided any actions that may allow the situation in the South to be defined as a Non-International Armed Conflict in accordance with the International Humanitarian Law's Common Article 3.

Military commanders in the field have been barred from mentioning the BRN's name, distorting the perceived reality of the conflict. Some senior military officers complain this prevents soldiers from grasping the nature of the conflict.

This underlies the regime's reluctance to officially recognise Mara Patani as a dialogue party. The government calls their dialogue partners "people with different opinions from the state" instead of referring to them by name. On the ground, they are still regarded by security forces as "violence instigators". A Mara Patani source said the Thai government lobbied to remove its name from the communique of the 13th Islamic Summit of the Heads of State/Government of the OIC Member States issued on April 15 this year. The words "Mara Patani Consultative Council" were replaced by "a group of representatives of the Muslim community in the South".

Second, Mara Patani's ability to command insurgents also contributes to the government's hesitation. The surge of violence in recent months, particularly the raid on Cho-Airong Hospital on March 13, places the Thai team under increasing pressure to explain if it has been talking to the "real" groups. Following the hospital raid, a Mara Patani member criticised both the insurgents and the military for violating international humanitarian law (IHL). He told the media that targeting the hospital's grounds, facilities and personnel was against the IHL, even if the target was legitimate. Likewise, the military's decision to erect an army unit in close proximity to the hospital also violates the IHL. Such remarks could be interpreted to mean that Mara Patani is not part of the insurgent operations.

The Thai side unrealistically expects to see the immediate reduction of violence, despite the fact it has neither finalised the ToR nor begun to discuss safety zones with Mara Patani. In a recent interview, Gen Aksara Kerdphol, leader of the peace talks team, suggested Party A wants to focus on the establishment of safety zones before endorsing the ToR. For Mara Patani, this is like a demand to start playing before setting the rules of the game.

Since Lt Gen Nakrob represents the Internal Security Operations Command in the dialogue team, he was removed after being transferred from duties as deputy director of Isoc's 5th Operations Coordination Centre. Military sources said the sacking was primarily related to a conflict with the younger brother of army chief Gen Teerachi Nakwanich.

His removal seems to have had a considerable impact on the talks. Mara Patani felt comfortable working with him.

In light of this, we must ask if the military is genuinely willing to address the root causes of conflict, or if it only wants to quell violence and not discuss substance? In order for the regime to prove Mara Patani's ability to connect with those who command militants on the ground, it needs to set clear rules.

Some speculate the government may stall dialogue with Mara Patani because they are not the "real" representatives of insurgents. In my view, the real challenge is proving to the Patani liberation movement that the government has a serious and sustained commitment to discuss the conflict. While BRN leaders are spectating from the sidelines, they may decide to jump in whenever they are convinced this dialogue is for real. It is unrealistic to expect the clandestine BRN to send its senior leaders to the dialogue table at this time, while mistrust remains deep and the military government has, thus far, done little to shore up confidence and trust.

A meaningful peace process could encourage moderation. However, the collapse of peace talks can harden non-state armed groups. Duay Jai Group, a civic organisation advocating peace in the region, reports that in the first five months of this year, one four-year-old boy was killed, while 10 other children were injured. Dialogue is vital for security in the region.

PhD candidate at the Australian National University's Coral Bell School of Asia Pacific Affairs. She formerly worked as an analyst for the International Crisis Group.