Dyslexic students cannot be pushed aside

The Education Ministry's revival of failing students and making them repeat grades has a serious flaw. It does not consider the dyslexia disorder.

The move, which has drawn a mixed reaction from parents and teachers, is being pushed by Education Minister Dapong Ratanasuwan who ordered the Office of the Basic Education Commission (Obec) to weigh the pros and cons of the old system in primary and secondary schools.

The minister believes the current system which allows students to "fix" their grades and move on to finish their studies cannot ensure basic educational quality.

The Office of the Basic Education Commission has worked out a five-step process to evaluate the children who need to repeat their classes, ie those who fail to get 1.00 GPA. The study mentioned many times a child's inability to read and write properly. Yet it has not had a plan to screen children with dyslexia or provide them with a special education plan that would allow them to better develop. 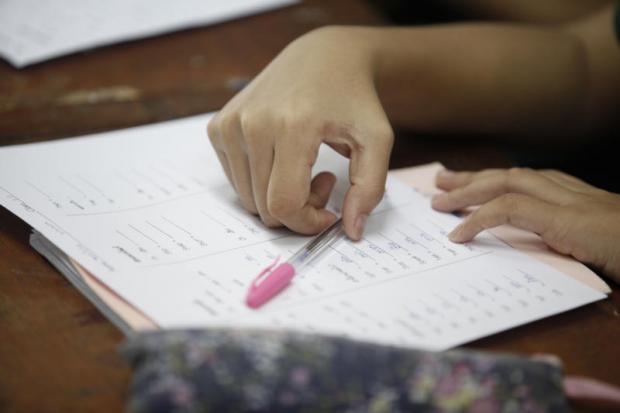 Conventional teaching methods and assessment do not work with children with learning disorders such as dyslexia. Pattanapong Hirunard

Dyslexia, which can be found in children with normal intelligence, is associated with the brain's language processing. Those who have this disorder require an alternative way of learning.

I would like to bring to your attention to the work of Kuala Lumpur-based Persatuan Dyslexia, an education centre assisting children with this problem. The organisation found 10% of students in Malaysia have this disorder. Of this, 4% have it so badly it obstructs their studies.

The organisation works with the parents to ensure they are aware of this disorder. This is important. If schools and parents have no understanding of this disorder, they may punish the children for not being able to keep up with their classmates, which is wrong. This will give the children poor self-esteem and could result in their becoming wayward or anti-social.

Persatuan Dyslexia works with parents and educators to find the potential of these children and works out an education plan to accommodate them.

These children can be good in other areas. They can be good story tellers; some are smart, and some close to genius. According to Persetuan Dyslexia, John Lennon, Albert Einstein and Picasso had this disorder.

Yet our Education Ministry does not recognise this issue and in reviving the old system. It has no idea about the need to screen these children and provide them with support.

While I was studying in Denmark many years ago, I met a friend who developed a computer program that accommodates children with dyslexia. Sadly, our Education Ministry only thinks of making them repeat classes as ordered by the minister.

May I humbly ask the minister and the Basic Education Commission how repeating classes will help this group of children? Do you have academic data to support your plan?

We need to learn about this disorder together, so we could go in the right direction. We don't need a policy driven by ignorance that will hamper these students.