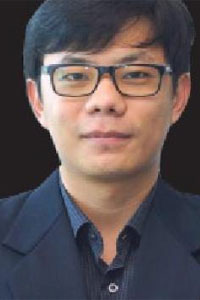 The back-to-school period is approaching and many parents may be worried about the quality of their children's schools. Poor quality of education stems largely from a lack of resources, overcrowded classrooms and unqualified teachers as a result of corruption. The scandalous, massive, cheating that marked the 2013 assistant teacher recruitment exam is a prime example of corruption in the Thai education system.

In Thailand, corruption in the education system is pervasive at every level. Some school administrations take bribes and secure places for children who fail entrance exams. Moreover, misuse of budgets is rampant as many administrators are willing to use the money on construction projects, expenses that are widely known as the least transparent, rather than to improve the quality of education. On another level, due to insufficient salaries, some teachers seek additional income by intentionally teaching less in class, so as to create demand for their tutoring services. Obviously, these forms of corruption have hindered Thailand's development as they make it extremely difficult for students to learn at their fullest capacity.

School clients -- parents and students -- know these deficiencies well and are eager to address them. Yet, the current conventional way to seek punishment for these corrupt officials, by reporting the cases to the central government, is hardly effective. It may take years for the government agencies to consider corruption cases in schools, meaning that some students have graduated before the corrupt officials get penalised.

The root cause of this problem is that the central government, which has the authority to punish corrupt officials, does not know the situation at the individual school level, while clients -- parents and students -- who know the situation well do not have power. Therefore, one way to solve this problem is to reduce the central government's power, and instead empower the clients. This model is called School-Based Management (SBM).

To empower clients, as SBM suggests, two things should be encouraged. First, schools should have more managerial autonomy, so that they can respond to client needs more effectively, rather than adhering to the central government's key performance indicators which may not reflect actual client satisfaction.

Second, clients should have channels to sanction corrupt officials. One direct channel is to hold an executive election in which all clients have the right to vote. However, in order to make the election fair and transparent, before the election date, candidates must propose their work plans to school forums where clients are present to discuss each candidates' policies. For the indirect channel, school councils -- which are composed of parents, students, teachers and principals -- should play more active roles in school management, especially managing the budget and assessing school staff performances. Furthermore, if school councils uncover cases of corruption, they should have the authority to propose the name of corrupt officials to a school forum for dismissal.

If SBM is implemented as mentioned above, the accountability mechanism will be more effective and corruption will decrease significantly. This is because clients are normally better informed and more willing to keep school staff in check than the central government, because they are directly affected by school staff performances. This will reduce incentives for corruption.

Experiences in several countries that have implemented SBM show that they reduced corruption in schools. In Indonesia, before SBM was introduced in 2006, there was a report that 30% of allocated funds did not reach schools. In contrast, after implementing SBM, there was a report that 95% of funds met their objectives. Similarly, in Mexico, Unesco research found that 21 out of 25 schools which have adopted SBM models since 2001 have met transparency standards, the rest were ranked as "high performance" institutions.

Therefore, despite certain challenges from the current centralised system, SBM may still be promising for Thai education reform. As Thai civil society has quickly expanded in the past decade, support for education reform is common throughout the Internet, press, and academia. Parents cannot stand corruption in schools. Teachers and students have demanded a less centralised system. Active participation from society may even make client empowerment more effective. Today might be a good time for the central government to get rid of unnecessary regulations and promote civil society to engage in school-based management.

Pasit Wongngamdee is a researcher at Thailand Development Research Institute (TDRI). Policy analyses from the TDRI appear in the Bangkok Post on alternate Wednesdays.