Twelve people have died and 129 been injured following an explosion and fire at a petrochemical factory in the Map Ta Phut industrial estate in Rayong province on May 5. Of the 12 killed, nine died in the explosion at the factory owned by Bangkok Synthethics Co (BSC), with two more succumbing to injuries at Bangkok-Rayong Hospital and one at Rayong Hospital. Prime Minister Yingluck Shinawatra, who visited the site on Sunday, has set up a tripartite committee to examine possible toxic contamination in the area following the chemical explosion. Photos by Post Photographers. 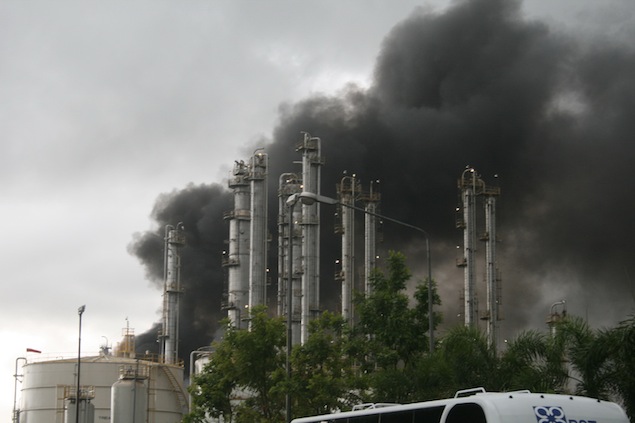