Target buyers of luxury residences have not been affected much by the economic slowdown, keeping demand buoyant.

The luxury housing market remains active during the pandemic as buyers enjoy strong purchasing power, with many looking for units as a second home, according to property experts.

"The robust market in the luxury segment will continue for the rest of 2020," said Aliwassa Pathnadabutr, managing director of property consultant CBRE Thailand.

Sentiment will have a better shape after an improvement in consumer confidence, Ms Aliwassa said. She said the performance of large residential developers is a testament to healthy demand for housing in the segment.

The July tally of walk-ins was relatively the same as before the coronavirus outbreak, Ms Aliwassa said.

According to Krungthai Compass, a research unit of Krungthai Bank, presales of luxury residential units, with prices in the range of 10-20 million baht, and super-luxury units, priced above 20 million, resumed in April and May, keeping the tally close to the 12-month average. 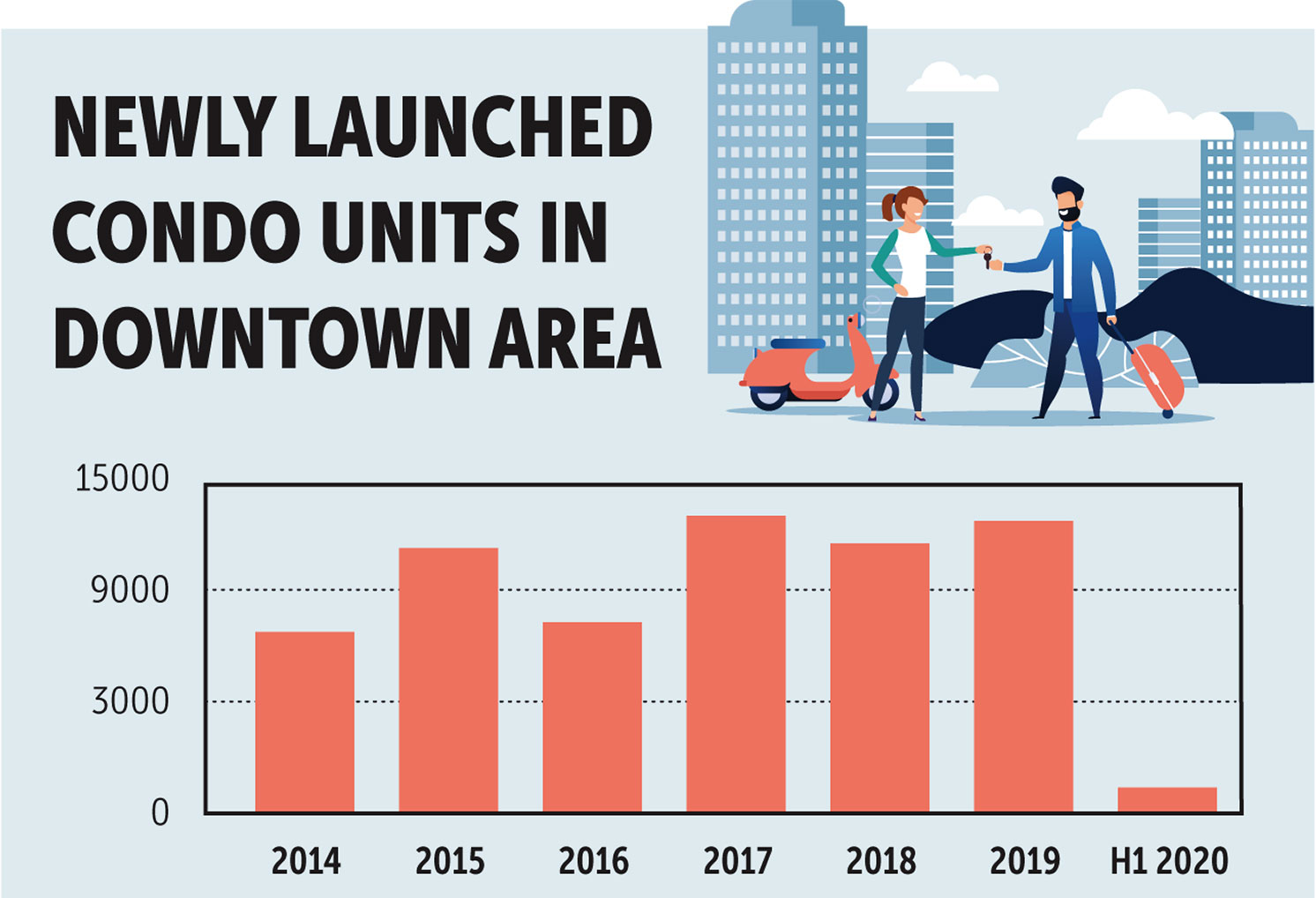 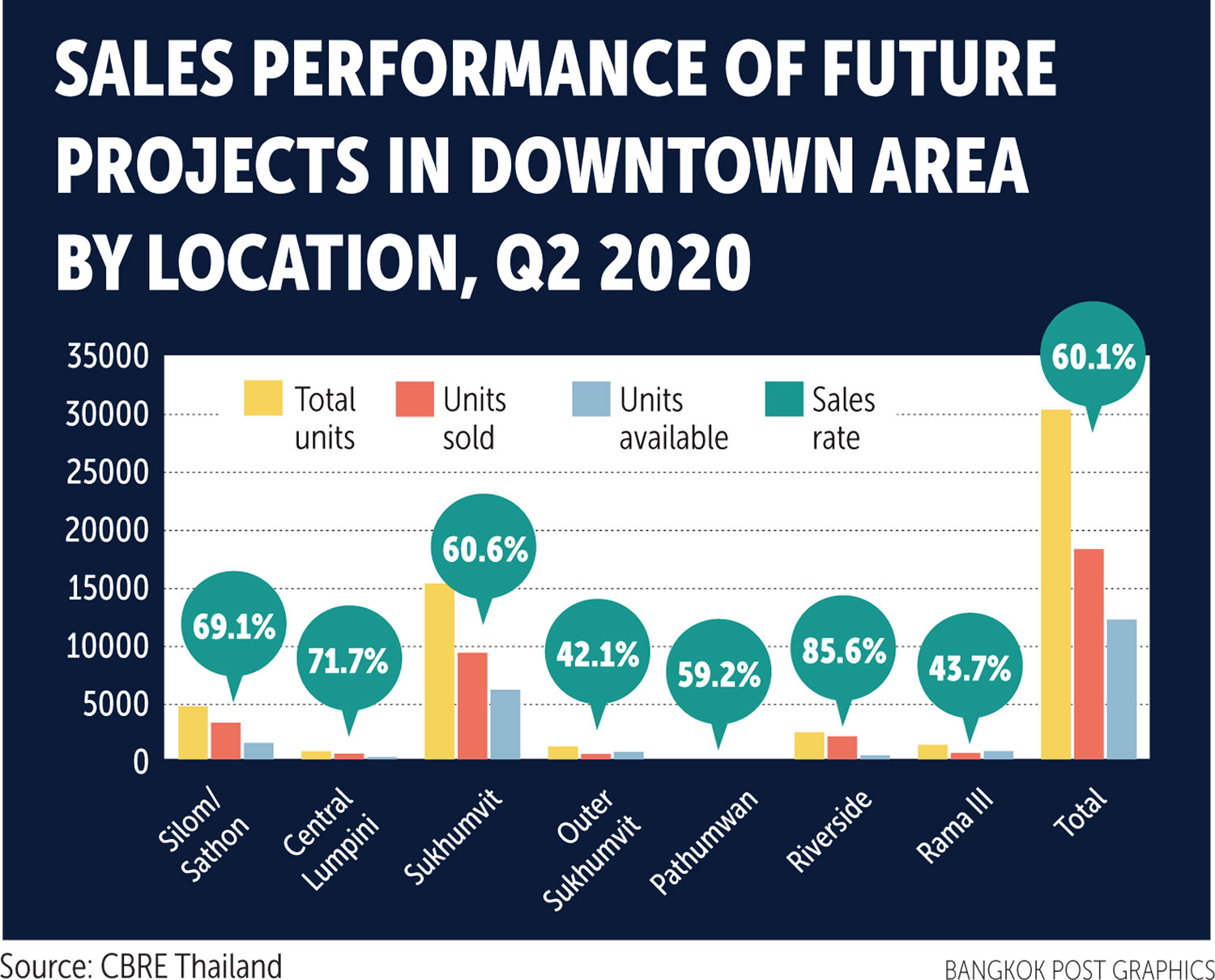 Presales of units priced below 3 million baht, and those at 3-10 million a unit, were only 12% and 17% in April and May respectively, lower than the average monthly rate for the 12 months from April 2019 to March 2020.

Ms Aliwassa of CBRE said the housing market in midtown and suburban locations greatly benefited from expansion of infrastructure, such as new mass transit lines and expressways.

"People's preferences have changed," she said. "They want more space and green areas." 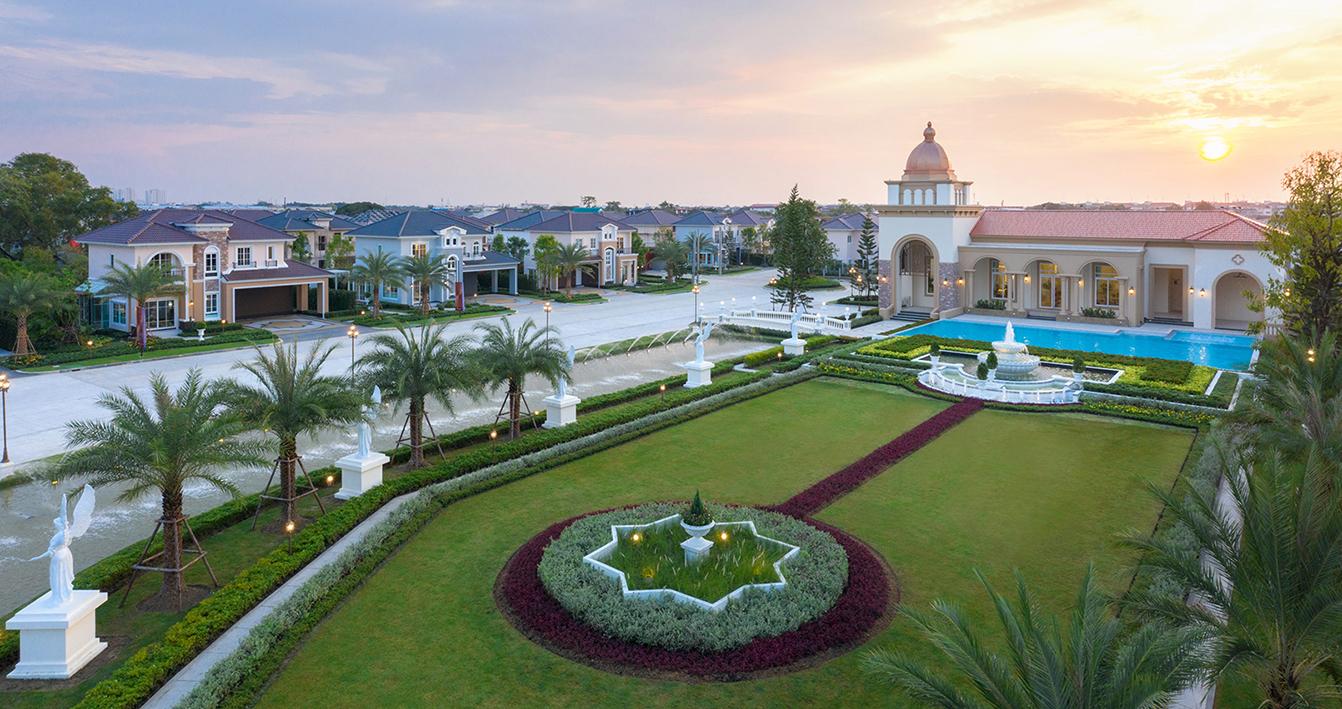 The Luxury housing market remains strong and active amid the pandemic crisis.

"Many bought a unit in inner-city locations or key tourist destinations such as Pattaya or Hua Hin to escape from the spreading virus," Ms Aliwassa said. "Some purchased places for their children to stay."

As the number of newly launched condos in the luxury segment was limited and attractive campaigns were offered, the sales rates of future projects improved to 60.1% in the second quarter of 2020, up from 59.1% in the first quarter and 56.6% in the fourth quarter of 2019.

The most popular location was the Sukhumvit area, with roughly 9,100 units sold from a total of 15,100 units as of the second quarter.

The average asking price for future units in the luxury segment in the second quarter was flat compared with Q1 at 271,716 baht per square metre.

In the Sukhumvit area, average prices in the second quarter dropped 4% year-on-year as many developers offered heavy discounts to boost sales in the period.

"Target buyers of high-end and luxury segments have not been affected as much by the economic slowdown, so the level of demand and inquiry remains somewhat similar to before the outbreak," Ms Aliwassa said.

There is also an increase in demand for second homes in resort destinations, such as Hua Hin and Pattaya, from both international and Thai buyers as they look for an escape hatch in the future.