The residential markets in Khon Kaen, Nakhon Ratchasima and Udon Thani are projected to remain steady as the provincial economy is less vulnerable to the pandemic, according to developers. 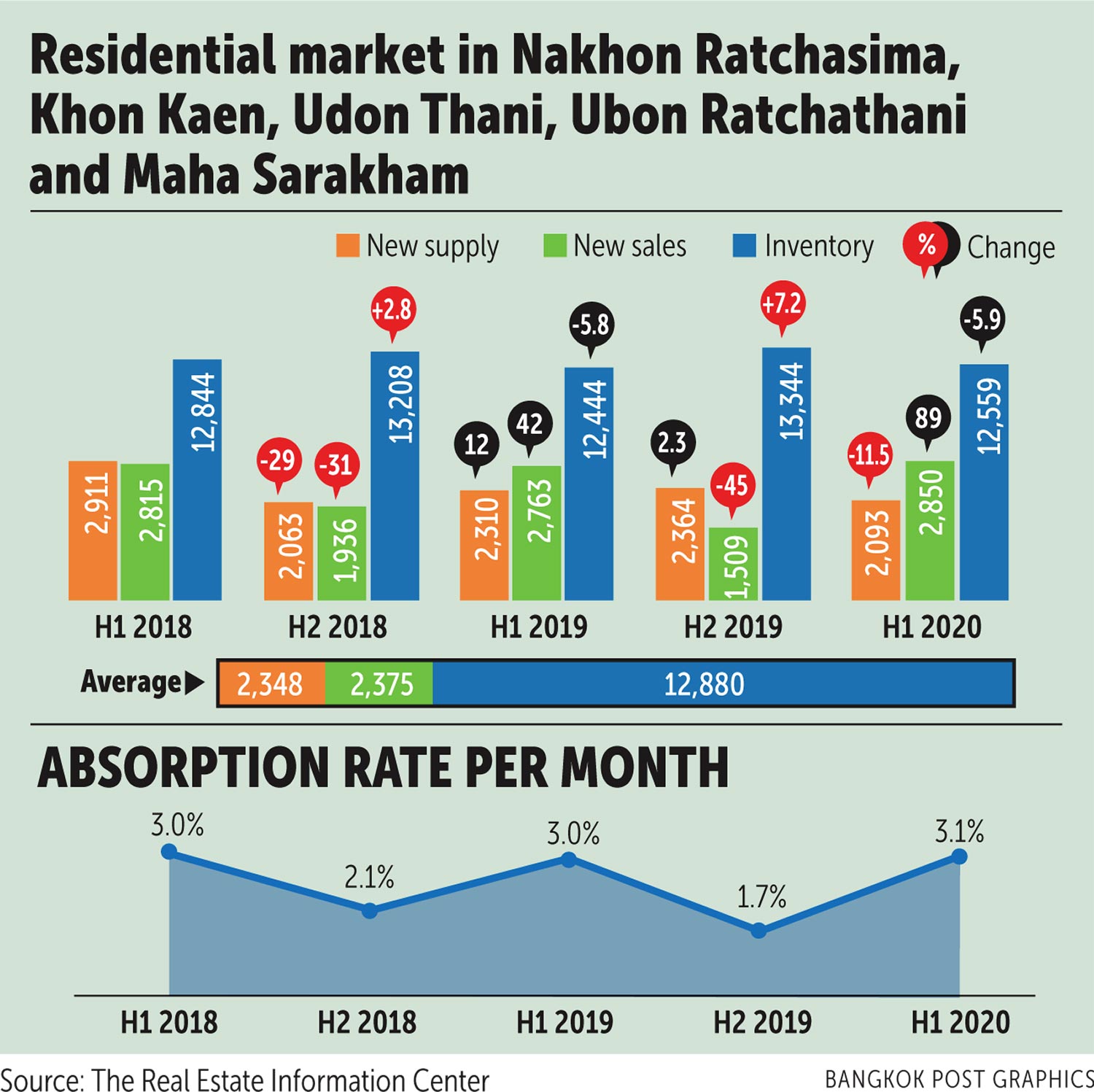 Napong Paripontpochanapisuti, managing director of Ocean Property, which is developing a condo project in Khon Kaen, said the condo market in the province was marginally impacted by the pandemic.

"Not only Khon Kaen, but all provinces in the Northeast do not rely on the foreign tourism sector," he said.

In June 2020, the company launched a new low-rise condo project, Ocean Grand Residence Mittraphap-Khon Kaen, on Mittraphap Road with 236 units worth 400 million baht. It has recorded 40% of units sold so far.

This is the company's second condo project in the province, following Ocean Residence Mittraphap-Khon Kaen, with 223 units worth 350 million baht completed by the end of last year.

"The first project saw 40 units returned by customers as their mortgage lending applications were rejected. However, 30 units were re-sold to new customers. If the outbreak had affected the province, those units could not have been sold," said Mr Napong.

Narathorn Taninpitak, president of the Nakhon Ratchasima Real Estate Association, said the residential market in the province stayed robust as the local economy was mainly driven by the industrial sector.

The workforce lost 46,554 jobs from a total of 146,553 as many were laid off, with most attributed to a technological disruption or jobs being replaced by robots.

"The segments affected the most were in the service sector, but the majority of homebuyers are in the industrial sector," he said. "They still have stable jobs."

"Udon Thani is close to southern China. With special economic zones, the province's potential will be on the rise," he said.

Vichai Viratkapan, acting director-general of the Real Estate Information Center (REIC), said the overall housing market in major northeastern provinces as of the first half of 2020 was in a good place.

REIC found the monthly absorption rate of residential supply in Nakhon Ratchasima, Khon Kaen, Udon Thani, Ubon Ratchathani and Maha Sarakham picked up from 1.7% in the second half last year to 3.1% in the first half this year.

Four of the top five locations with the highest absorption rate were in Nakhon Ratchasima, comprising Ban Mai-Khok Kruat, Muang, Jor Hor and Hua Thale, while the fifth was near Khon Kaen University.

"In some locations, the numbers were not good," he said.

"Developers should monitor the situation and be careful in the second half as purchasing power is decreasing."

REIC reported unsold supply in the major provinces totalled 12,559 units worth a combined 44.7 billion baht in the first half this year, compared with 13,344 units worth a total of 44 billion in the second half last year.