Speedboats off the coast of Pattaya, Chon Buri, which currently has a large number of unsold condo units. (Photo: Somchai Poomlard)

Despite an improving residential market in Chon Buri in the first half, new condo supply should be put on hold as there is still a large number of unsold units, according to the Real Estate Information Center (REIC).

Vichai Viratkapan, REIC acting director-general, said the number and value of newly launched residential supply in Chon Buri in the first half were higher than the half-year average during 2020-21 as developers' sentiment had improved.

"New sales also went in the same direction as the new supply," he said. "The number of units sold was the largest in several years while the sold value was the highest since the first half of 2019."

By category, new sales of condos in the first half tallied 2,902 units worth 11.5 billion baht, while new supply launched in the period was only 1,163 units worth 4.14 billion baht.

However, new sales of condos in Chon Buri might be higher than the new supply launched, but the absorption rate remained low at 2.9% as of the end of the second quarter -- the lowest in all housing categories.

The absorption rate of single detached houses and townhouses in Chon Buri was 4.5% and 5.6%, respectively. 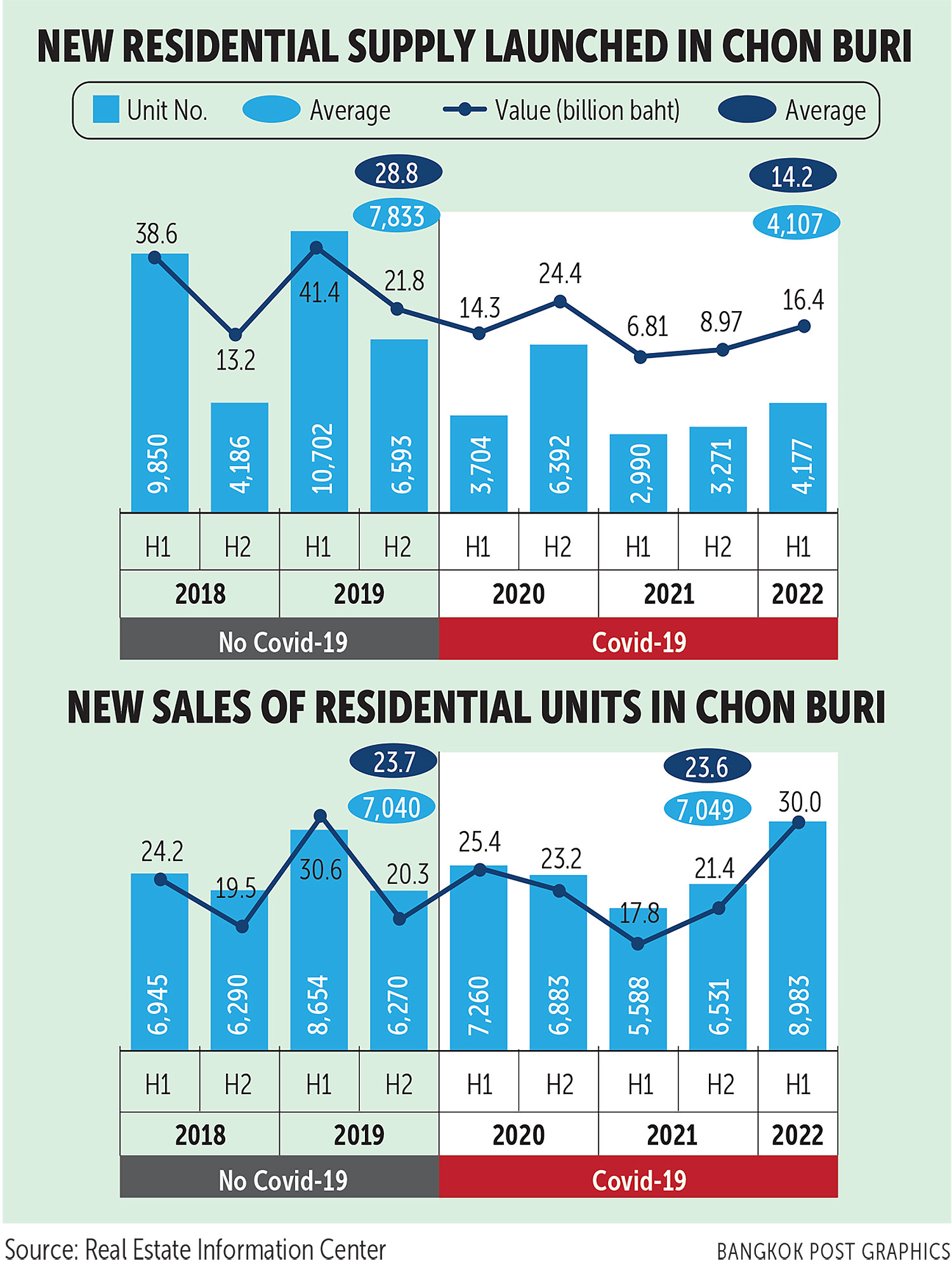 Meanwhile, the absorption rate of condos in Rayong and Chacheongsao was 7.3% and 4.8%, respectively, which would take 11 and 18 months to be sold out if there were no new supply added.

This was because the number of condos remaining unsold in Rayong and Chachoengsao was very few with only 1,080 and 113 units, respectively, Mr Vichai said.

"With 16,895 condo units worth 78 billion baht remaining unsold in Chon Buri as of June, given that there's no new supply being added, it will take 31 months to be sold out, developers should be more cautious of launching new condo supply in Chon Buri," he said.

Due largely to a shrinking number of new condos launched, at around 1,100-1,300 units per half year between 2021-22, compared with an average of 4,000 units before Covid-19, the number and value of unsold condos in Chon Buri had dropped consecutively. 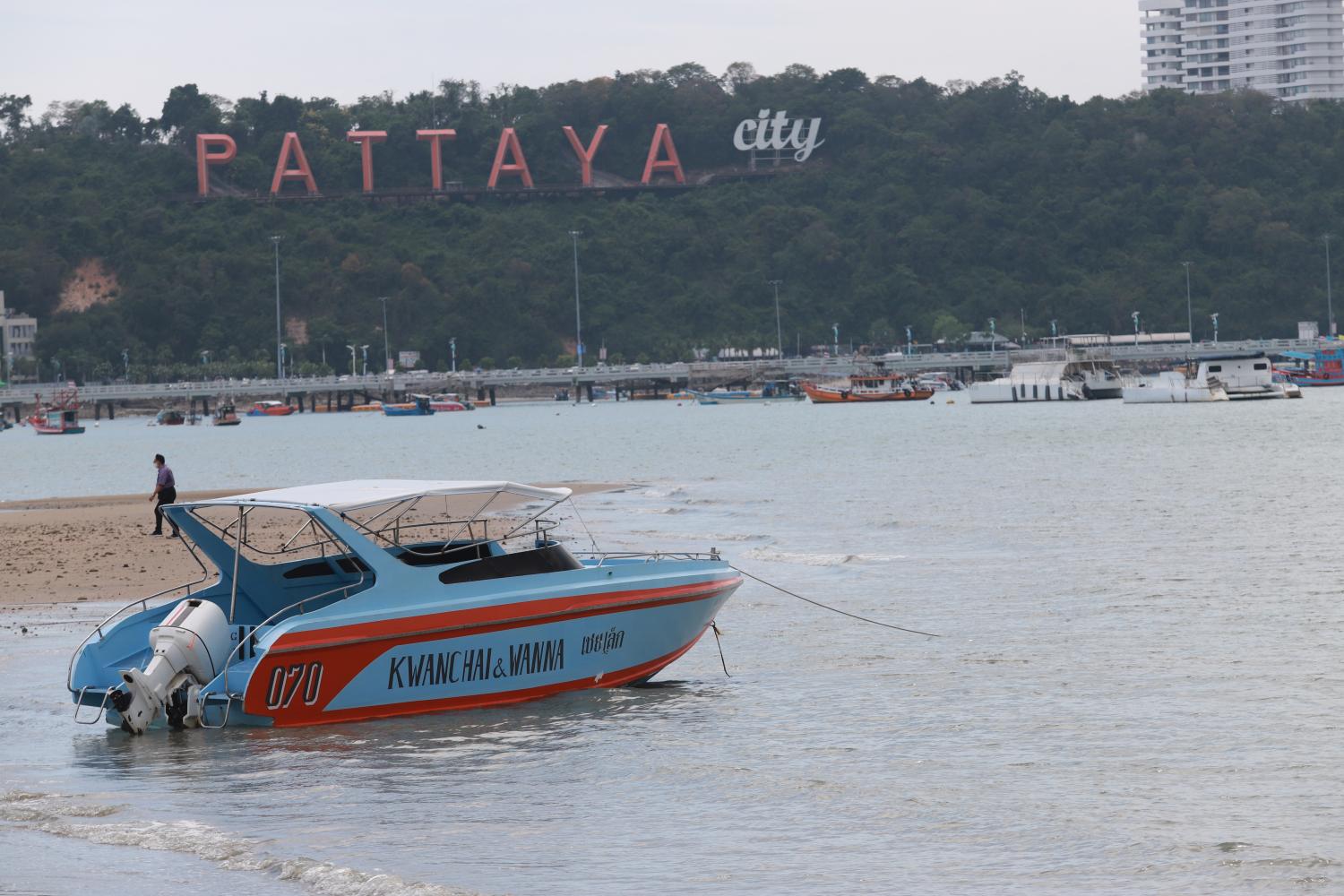 A speedboat sails on a beach in Pattaya, Chon Buri, which currently has a large number of unsold condo units. Somchai Poomlard

Of the total unsold condo supply in Chon Buri, the largest amount was in the Jomtien Beach area with 7,129 units worth 36.76 billion baht, which accounted for 42% and 47%, respectively.

It was followed by Pattaya-Khao Phra Tamnak with 4,883 units worth 27.3 billion baht.

The combined number and value of the top two locations accounted for 71% and 82%, respectively.

By construction progress, 3,770 units were completed, 11,871 units are under construction, and the remainder had yet to start.