Despite a robust recovery in the residential market in the first half, developers in Nakhon Ratchasima remain concerned over a delay in the government's spending on infrastructure projects. 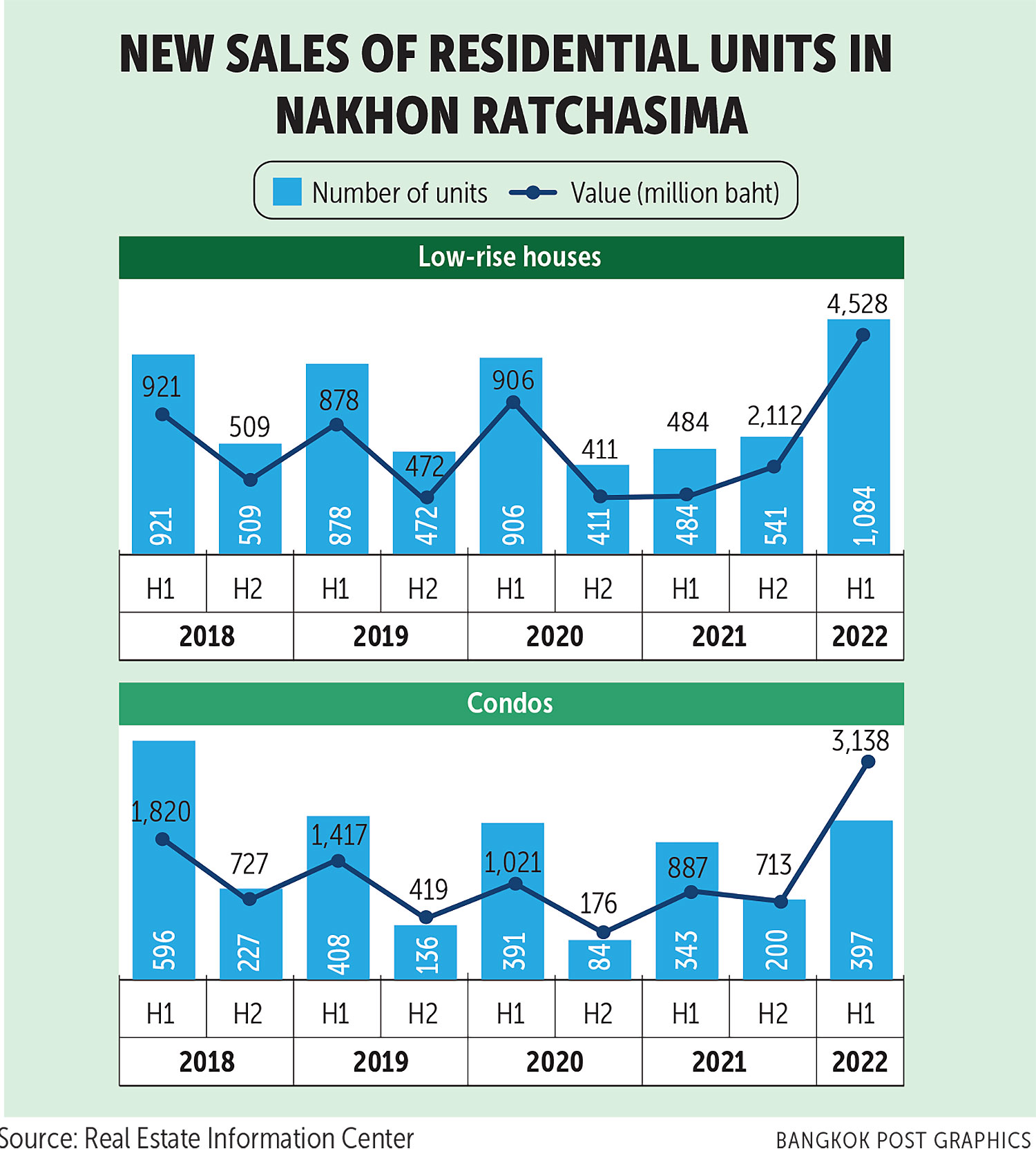 The land and building tax and the likelihood of higher interest rates could also dampen their confidence.

Narathorn Taninpitak, president of the Nakhon Ratchasima Real Estate Association, said many infrastructure projects in the province have been delayed, slowing long-term investment in property development.

These projects include a motorway from Bang Pa-in to Nakhon Ratchasima that was scheduled to open next year, but will likely be delayed as three of the 20 sections in total are under construction at present, said Mr Narathorn.

A double track railway from Map Kabao in Saraburi to Chira in Khon Kaen, which would pass Nakhon Ratchasima, also faced a delay in completion of over one year, he said.

"Developers need to design common areas in low-rise housing projects to avoid a new cost which customers would have from the land and building tax which will tax these areas," said Mr Narathorn.

The province's new city planning was another issue that developers were concerned about as it does not provide clear information regarding the details.

As a result, it would be difficult for developers to seek appropriate land to carry out residential projects.

"Higher interest rates also affect the purchasing power of homebuyers despite the improving economy in the province because their increasing income cannot keep up with soaring interest rates and inflation," he said.

In the first half of 2022, key drivers of Nakhon Ratchasima's economy improved, particularly the agricultural sector which saw a year-on-year growth of 14.8% in the crop production index.

The manufacturing production index rose slightly, edging up 1.4% but remained negative when compared with last year.

According to the Real Estate Information Center (REIC), new sales of residential units in the province in the first half of 2022 tallied 1,481 units worth a combined 7.66 billion baht, up 79% and 214%, respectively, from the same period last year.

Key drivers were low-rise houses which more than doubled to 1,084 units from 484 units, while their combined sales value almost tripled to 4.52 billion baht from 1.55 billion baht.

"New sales in the first half this year were at the highest level in the past five years. The situation was better than the pre-pandemic level," said Mr Vichai. "Villas in Khao Yai also had good sales, particularly those priced at 5-7.5 million baht per unit."

New supply launched in the first half was also in the same direction as new sales with a growth of 64% to 935 units worth 2.9 billion baht which rose 55% as developer sentiment improved.

In the second half of 2021, new condo supply launched in the province stood at 106 units worth 175 million baht as the majority of them were priced above 1.5 million baht per unit.