Sentiment among listed housing developers in Greater Bangkok improved in the third quarter to the highest level in 17 quarters, but higher development costs because of fuel prices and inflation remain major concerns. 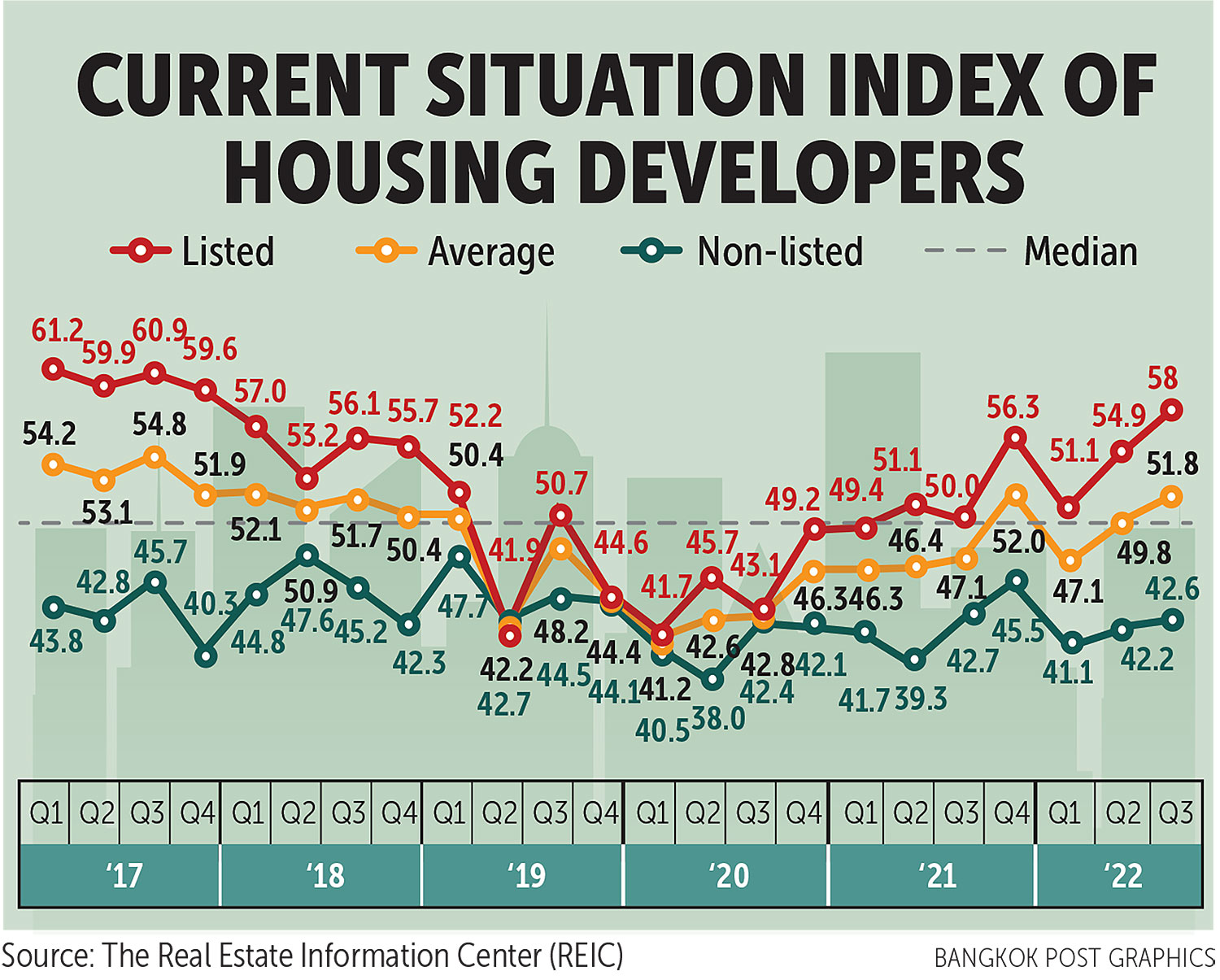 Vichai Viratkapan, acting director-general of the Real Estate Information Center (REIC), said the economic recovery supported by the government's relaxation of pandemic-era measures and the reopening of the country helped lift developers' sentiment.

"Resumption of foreign tourist arrivals is believed to have helped rebuild local purchasing power," he said. "This was positive for the property market as new demand from the hospitality sector would grow."

It was the second consecutive quarterly rise after dropping in the first quarter to 47.1 from 52.0 in the fourth quarter last year.

Meanwhile, the sentiment of non-listed firms improved slightly by 0.4 points from 42.2 to 42.6.

This index remains lower than the median of 50 for 14 consecutive quarters, since the second quarter of 2019, as non-listed firms were significantly more concerned than listed firms.

REIC surveys the sentiment of listed and non-listed developers on a quarterly basis on six topics, comprising performance, sales, investment, employment, cost of development, and launches of new phases or projects.

In the third quarter this year, the most critical concern among both listed and non-listed developers was cost of development, posting lows of 31.8 and 26.5, respectively.

"The key negative factor in the third quarter was soaring fuel prices, which pushed up the prices of construction materials," said Mr Vichai.

"There was also inflation and an upward trend in the interest rate."

Next in line in terms of concern among both listed and non-listed developers was sales.

The category listed developers had the most confidence in was the launch of a new phase or project.

Among non-listed developers, they had the most confidence in investment.

The expectations index, referring to sentiment over the next six months, improved by 1.3 points to 57.9.

All categories in the expectations index, except costs of development, were above the median of 50.0.