SET-listed developer Sansiri Plc continues to advance its net zero mission of becoming an organisation with zero greenhouse gas emissions in 2050 by installing solar roofs and electric vehicle (EV) chargers at its new housing projects, serving as a standard prototype for every type of home in every segment.

"Sansiri is the first real estate developer in Thailand to create a 'Smart Green-Energy Living Ecosystem', said Uthai Uthaisangsuk, chief operating officer of Sansiri. "This is a fully futuristic living concept that reduces carbon emissions into the environment by residents, starting with the construction materials made at the firm's green precast factory, through to clean energy homes featuring solar roofs, as well as the installation of EV chargers to support clean energy travel."

"The 1.84-kilowatt solar roofs have been fully installed at 600 houses. This reduces the release of carbon dioxide into the atmosphere by about 967 tonnes, equivalent to planting 64,474 trees, and saves about 7.6 million baht per year in electricity cost for the residents," he said.

Solar roofs are installed at housing units by Sansiri Plc.

Mr Uthai said solar roofs could be installed at 2,100 housing units between 2023 and 2025. He said the target for next year is to install more solar roofs in the clubhouse areas of all 48 new projects and in the common areas of 60 new condominium projects.

This year, Sansiri installed EV chargers at over 300 houses in 14 projects, including Burasiri, Setthasiri and Narasiri, which has helped residents save about 13.1 million baht in fuel costs, while reducing carbon emissions by 510 tonnes -- the equivalent of planting 42,500 trees.

The three-year target is to install EV chargers at another 2,100 housing units, and to increase the number of EV chargers at new condominium projects and existing projects to about 1,000, which is estimated to cut carbon emissions by 3,570 tonnes, which would save 92 million baht per year in electricity costs. This represents the equivalent of planting 297,500 trees. 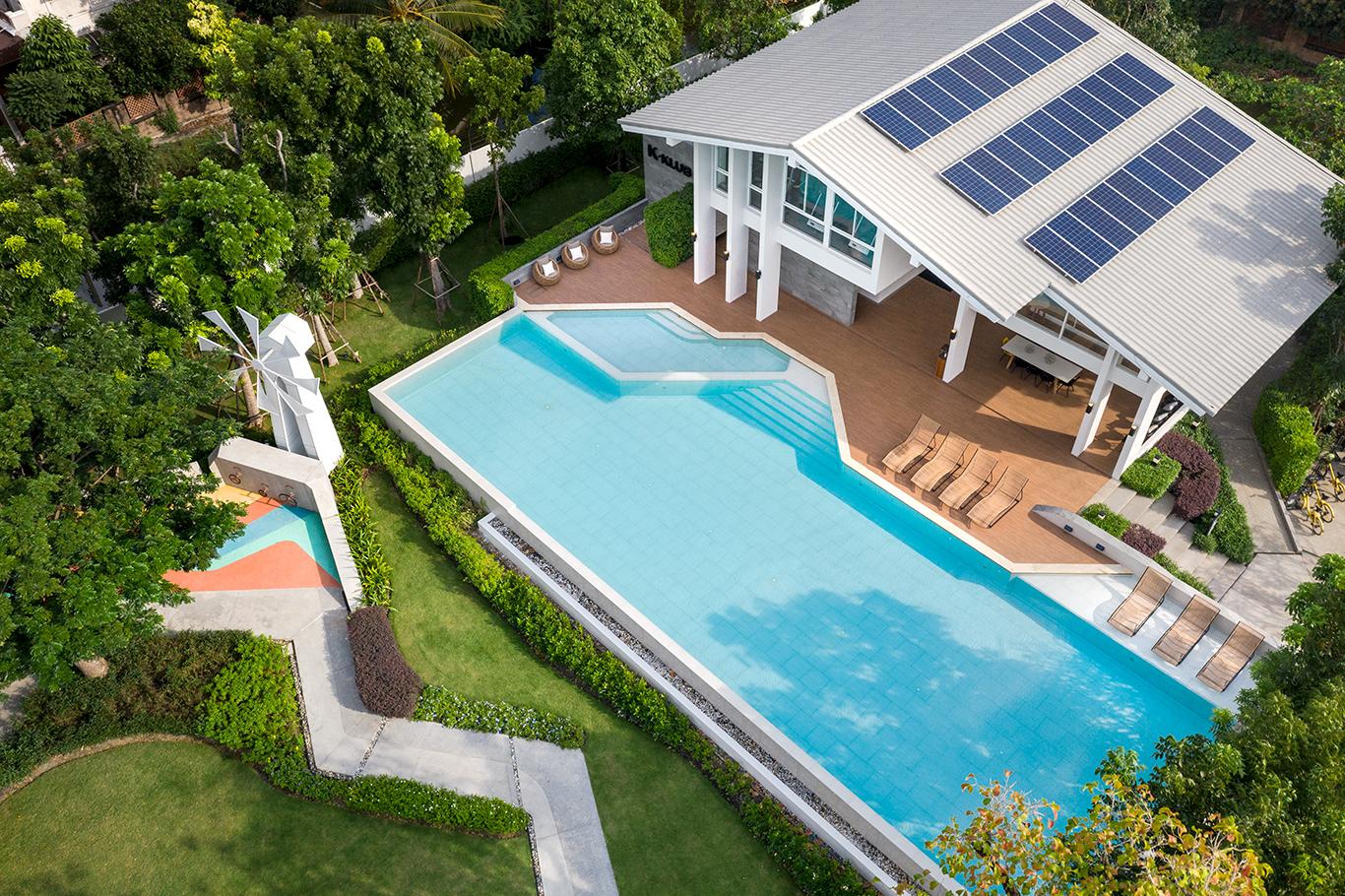 Solar roofs are installed at the clubhouse areas. 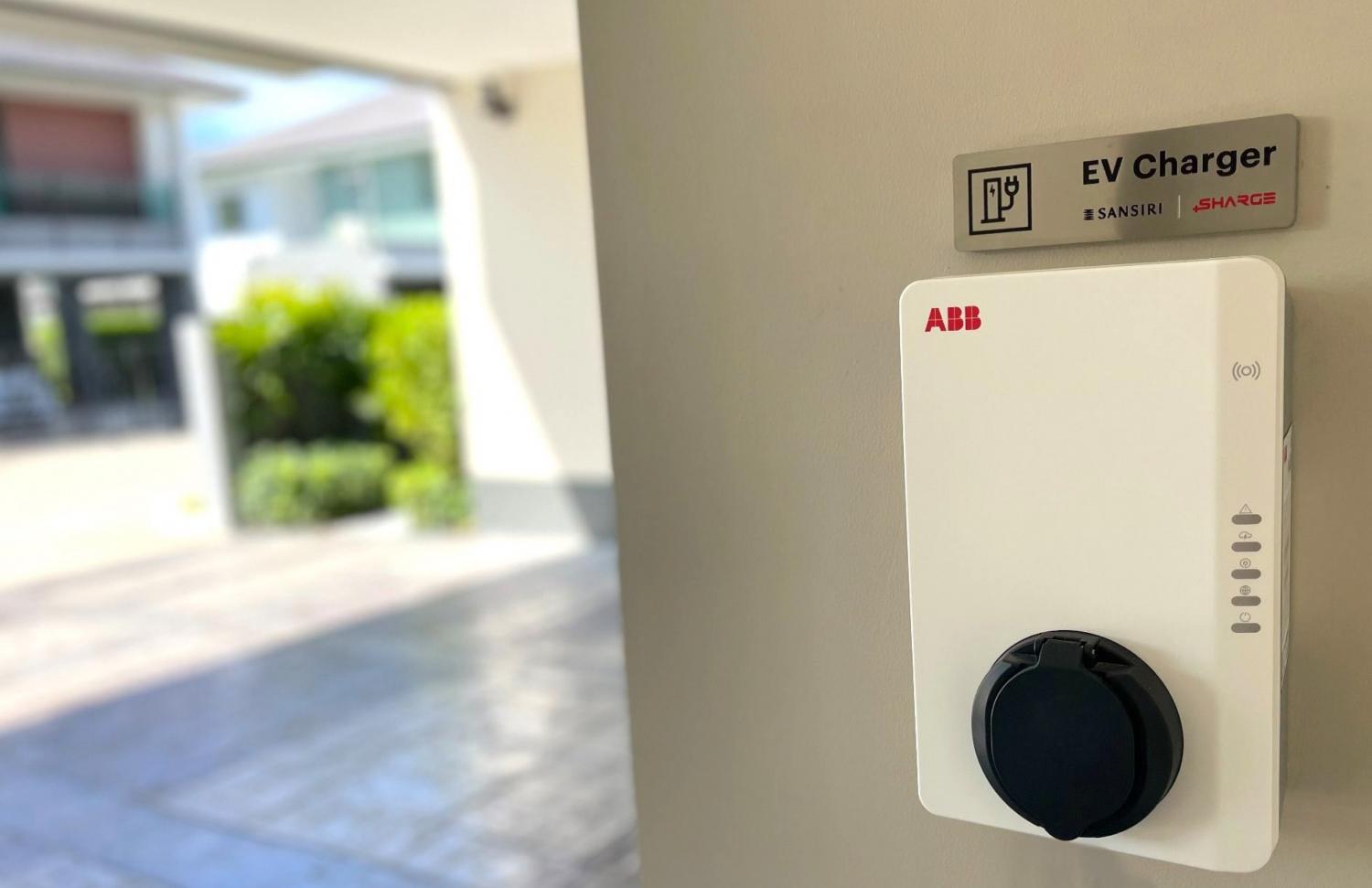