For three full days last week, eyes of those who love high-speed thrills and spills were riveted to Buri Ram's Chang International Circuit where Thailand will stage its first ever MotoGP race from Oct 5-7.

World-class riders like world champion Marc Marquez and Valentino Rossi were all in the northeastern town last weekend to take part in the three-day Winter Test ahead of this year's gruelling circuit with the season opener taking place in Qatar from March 16-18.

The feedback on the track was highly encouraging apart from some minor adjustments on the S-curve involving corners No.9, 10 and 11 suggested by the riders.

The crowds that showed up to see the action at the track during official tests last Friday, Saturday and Sunday have left the organisers of the PTT Thailand Grand Prix 2018 expecting that the race in October will attract a six-figure audience.

A total of 24 MotoGP riders from 12 teams descended on Buri Ram to test their bikes and record data concerning both their machines and the new track. 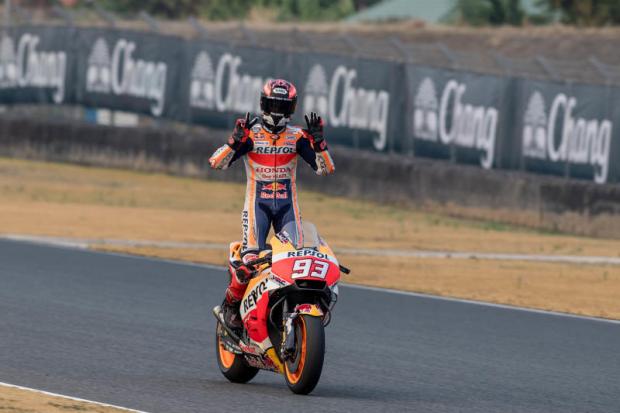 The MotoGP Thailand Winter Test last weekend, besides helping the teams fine tune their machines for the new season, also served as a full-dress rehearsal for the local organisers for the race in October.

It was a great experience as well for the Thai motorsport fans as they were able to see the top riders from across the globe race their bikes around the track at breakneck speeds and clock eye-popping times, giving them a glimpse of what is store at Thailand's first ever MotoGP event.

Tanaisiri Chanwitthayarom, managing director of the circuit in Buri Ram, said he was encouraged by the assessments he had received from the visiting officials and riders.

"The overall feedback after the three days of the Winter Test was great as most of the people praised the facilities here," Tanaisiri said.

"We had a meeting with the representatives of the world governing body, FIM, and MotoGP rights holder, Dorna Sports, and they were also happy with the tests here.

"They weren't expecting that as a first-time host Thailand would have such a good race track, pitstop facilities and efficient security.

"This also includes comments from the riders who were interviewed by the foreign media attending the tests here. They all admired the venue very much.

"All this has come as a big relief to us because we don't have to worry about the state of existing facilities at the circuit now.

"Only some of the riders have sought minor adjustments to the S-curve involving corners No.9, 10 and 11 and we will get the needful done well in time for the final race."

However, Tanaisiri said the organisers' real worry was dealing with the huge turnout of fans that is expected for the main event in October. 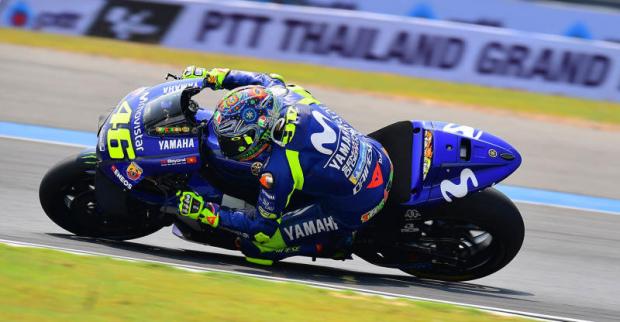 Italy's Valentino Rossi in action during the Winter Test.

"Our estimates suggest that the number of visitors to the track could be around 300,000 people at the time of the Thailand Grand Prix," he said.

"We are especially concerned about the traffic congestion in the city and around the venue but this problem is faced by every country which plays host to a MotoGP event.

"We simply want every visitor to have a memorable time in Buri Ram."

After the three days of tests at the track, Spanish rider Dani Pedrosa from Repsol Honda set the fastest timing of one minute and 29.781 seconds, which is the new lap record for the circuit.

Italian rider Andrea Dovizioso of Ducati team finished the Thai test with 58 laps on the third and final day when he was recorded to have hit the fastest speed of 334.4 km/hr.

"It all proves that the Chang International Circuit in Buri Ram is now ready to stage a quality MotoGP competition," added Tanaisiri.

"We are ready to welcome all the motor sport fans and we have had a very good feedback from Dorna Sports, teams and especially the riders.

"We were worried before the test, but things turned out good and we are happy.

"We just cannot wait for the final competition to start in October."

Tickets for the PTT Thailand Grand Prix 2018 can be purchased from Counter Service outlets at all 7-Eleven shops or www.allticket.com www.facebook.com/allticketth and www.facebook.com/BuriramUnitedInternationalCircuit.