Buriram desperate for win against Cerezo

Thai League 1 champions Buriram United aim to beat Japan's Cerezo Osaka on Tuesday to get their AFC Champions League campaign back on track.

Buriram got off to an impressive start, holding former champions Guangzhou to a draw in China.

However, the Thunder Castle were brought down to earth by Jeju, who won 2-0 at Chang Arena.

Against Cerezo, Buriram will be without their top striker Diogo Luis Santo, who is suspended.

Buriram coach Bozidar Bandovic told a press conference on Monday that it would be tough for his team against Cerezo.

"Cerezo Osaka have many strong points and we have to focus on all the finer details and must be careful of them. I hope our players will be able to do what we have planned in training."

Besides Brazilian striker Diogo, Buriram will also be without Suchao Nutnum.

"We are disappointed that they will not be available for the team. But we are still confident that their replacements can do a good job. We believe that we can win this match,'' Bandovic said.

Buriram captain Jakkraphan Kaewprom said: "Anything can happen in football. We have to stay focused against Cerezo who are a good attacking side."

Buriram have a poor record against J-League sides with only one win in the AFC Champions League -- a 3-2 victory over Kashiwa Reysol seven years ago.

In their only two previous meetings with Cerezo, the Thais lost to them at home and in Japan in 2014.

Buriram are currently the leaders in Thai League 1 with four wins in as many games. 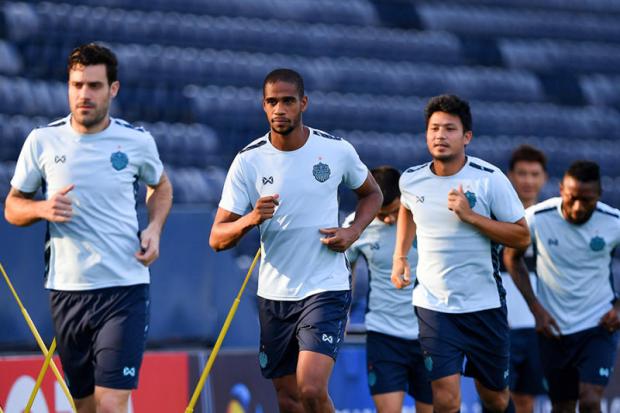 KANCHANABURI: Two women tourists sightseeing on a motorbike were injured when they ran into a telecom cable hanging at neck-level across a road on Saturday.

DAVOS, Switzerland: The world's billionaires have doubled in the past decade and are richer than 60% of the global population, the charity Oxfam said Monday.

SYDNEY: Australia's bushfires have burned more than half the known habitat of 100 threatened plants and animals, including 32 critically endangered species, the government said Monday.