Nakarin Athiratphuwapat is currently Thailand's only rider in the world motorcycle championship.

The inaugural PTT Thailand Grand Prix -- the 15th of 19 races of the world motorcycle championship -- will be held in Buri Ram from Oct 5-7.

Officials say the country and the northeastern province are ready to welcome more than 100,000 visitors.

The Thai government, through the Sports Authority of Thailand (SAT), has struck a deal to stage three Grand Prix races at Buri Ram's Chang International Circuit, starting this year.

The move to bring MotoGP to Thailand was initiated by Newin Chidchob, owner of the circuit. 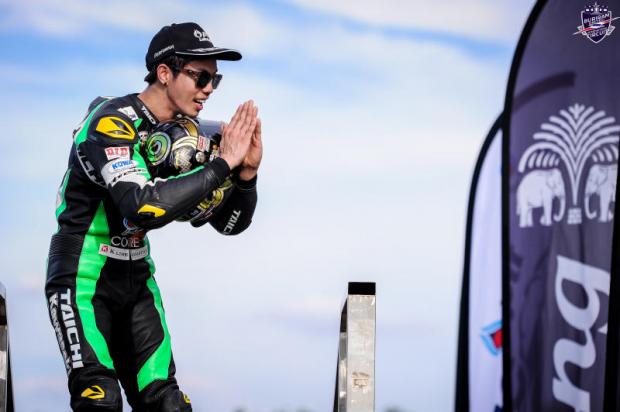 The venue was opened in 2014, earning FIM Grade A and FIA Grade 1 classifications, and now strives to attract the biggest names in the two-wheel motorsport.

The circuit was designed by Hermann Tilke, who also conceptualised tracks such as the Sepang International Circuit (Malaysia), Circuit of the Americas (USA) and MotorLand Aragon (Spain).

Newin initially wanted the circuit to host a Formula One Grand Prix but realised it was too costly and a complicated matter so he switched his focus to MotoGP.

He was successful in persuading the SAT, then led by its governor Sakol Wannapong, to help fund the move.

The government agreed to pay the fee, reportedly around 300 million baht a year, to stage MotoGP.

Thai officials say the Kingdom will benefit from MotoGP.

Tourism and Sports Minister Weerasak Kowsurat said at a recent press conference that more than 100,000 participants and tourists are expected to visit the country and the province during the event.

"We are ready to take care of participants, fans and Thai and foreign tourists who will flock to Buri Ram,'' he said.

"The event is expected to generate billions of baht."

He claimed the event will be watched on TV by some 800 million people worldwide.

"This is an important step for Thailand to show it can host a world-class sporting event," Weerasak said.

SAT deputy governor Ruj Saeng-udom said the SAT, as the main organiser, will do its best to make the event a success.

"This is an opportunity for our country to earn global recognition. The Thailand Grand Prix will put the country on the global motorsport map. It will also help promote Thailand's tourism and economy and make the country a world-class sports destination," he said.

Buri Ram governor Anusorn Kaewkangwan said: "We have prepared everything for the convenience of a large number of visitors who will flock to the province." 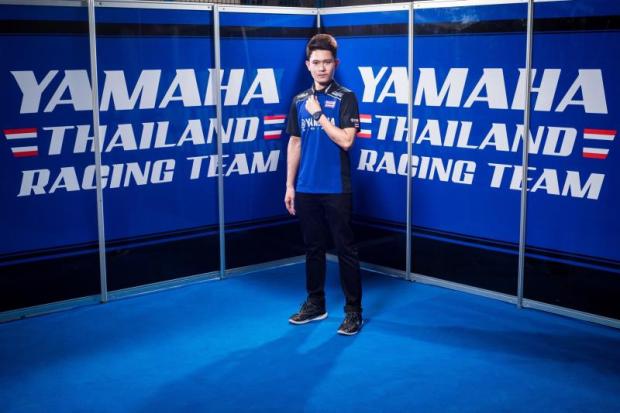 During the event, there will also be several activities, including a Muay Thai Expo featuring legendary fighters Samart Payak-aroon and Somluck Kamsing, and concerts by Waan Thanakrit, Atom Chanakant, Getsunova, Eve "Palmy" Pancharoen and BNK48.

"Most people who visit this beautiful and enchanting South East Asian country with its fantastic food, tropical climate, distinctive local culture, stunning countryside, lush forests and incredible beaches, leave Thailand wishing they could stay longer -- and in some cases forever!" said an article in the sport's official website www.motogp.com.

The website added: "Visitors can expect to enjoy a warm welcome from the enthusiastic and friendly locals, and an ever-increasing passion for motorcycle racing evident." 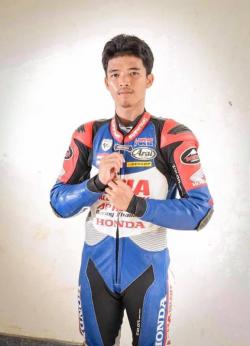 Nakarin of Honda Team Asia is currently Thailand's only racer in the world motorcycle championship.

Somkiat of AP Honda Thailand Racing and Yamaha's Apiwat have received wild-card berths as racers from the host country.

SAG Racing's Thitipong, who had an unsuccessful spell in Moto2 a few years ago, will compete as a sponsor invite.

AP Honda said the company is trying to produce Thai riders to compete in the top category, MotoGP, by 2025.

"The company has supported Thailand's motorsport industry for more than 32 years. We have a team whose members are all Thais including racers and technicians," AP Honda vice president Suchart Arunsaengroj said.