'We did it for Vichai': Leicester beat Cardiff
Sports

'We did it for Vichai': Leicester beat Cardiff

CARDIFF, Wales: It was poignant and emotional at Leicester's first match on Saturday since owner Vichai Srivaddhanaprabha died in a helicopter crash.

The tears shed by Kasper Schmeichel summed up the mood as a huge banner, a Thai flag with "RIP Vichai'' and the Leicester badge, was unfurled before the English Premier League game at Cardiff. 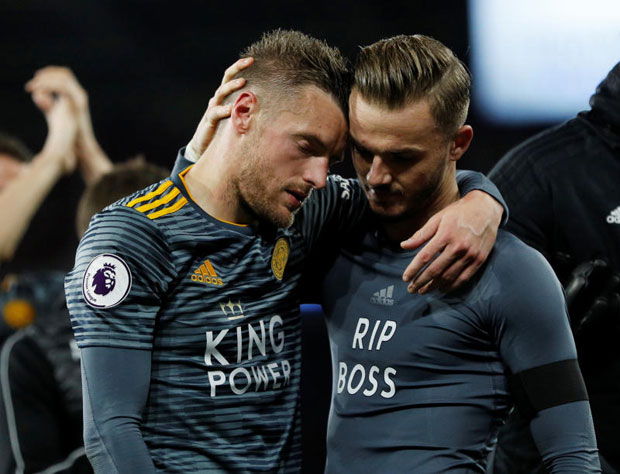 Somehow, though, the goalkeeper and his teammates managed to put their collective grief to one side to focus on the football for 90 minutes and grind out a 1-0 victory.

"That was a tough game, not just on the pitch, but mentally,'' the goalkeeper said. "I am proud of this team and the club, the way everyone has handled themselves has been unbelievable.'

There was a united feeling before the game when two big banners were pushed around the ground by both sets of fans. Floral tributes were laid on the pitch as the teams and coaching staff gathered in the center circle for a minute's silence for Vichai, one of five victims of last Saturday's crash outside the club's King Power Stadium.

Leicester then gathered in a huddle for Schmeichel's team talk and, whatever emotive words he used, they seemed to work as Demarai Gray scored the only goal with a low finish in the 55th minute.

Gray celebrated by removing his jersey to reveal an undershirt on which was written "For Khun Vichai.'' The Leicester fans sang Vichai's name for the rest of a highly charged afternoon. 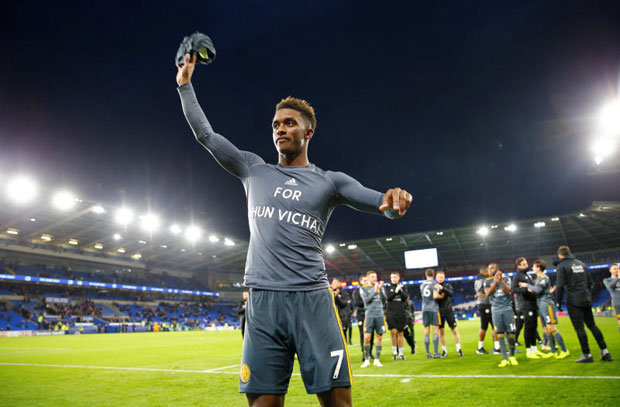 The Leicester fans sang Vichai's name for the rest of the afternoon and, at the final whistle, the visiting players came together to embrace.

"We were very close to the chairman,'' Leicester captain Wes Morgan said. "We know what his wishes were. He used to come down at home games, have a joke and a laugh, always say, `Want win and three points.'

"It has not been an easy week, we had to try and hold our emotions in today and do the best we can.''

At the final whistle, Leicester's players came together to embrace. Their next task will be to fly out to Bangkok for Vichai's funeral.