The helicopter carrying Vichai Srivaddhanaprabha and four others crashed and burned immediately after takeoff from the King Power Stadium following the Premier League match on Oct 28. (File photos)

The death of Vichai Srivaddhanaprabha shocked global sport and left the small city in the heart of England in mourning two years after their improbable first and only championship season.

The helicopter, decorated in the blue and white colours of the team, spun out of control on takeoff moments after it cleared the stadium's roof.

Vichai attended most Leicester home matches, landing and taking off from the centre of the pitch. 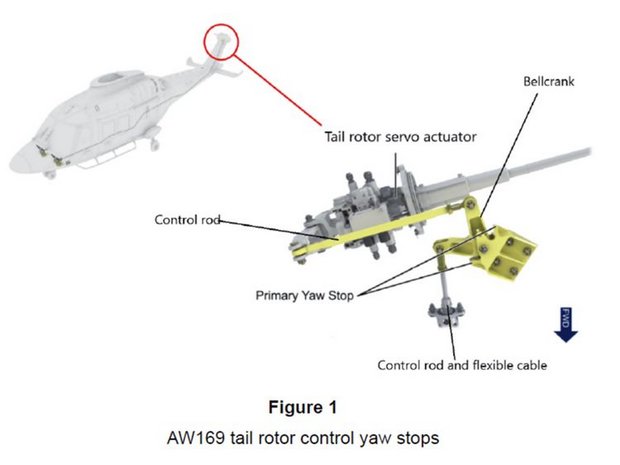 A page from the crash report issued Thursday illustrates the focus of the investigation. Below, tributes left for the chairman of Leicester City FC Vichai Srivaddhanaprabha at a special site at King Power Stadium in Leicester. (EPA photo) 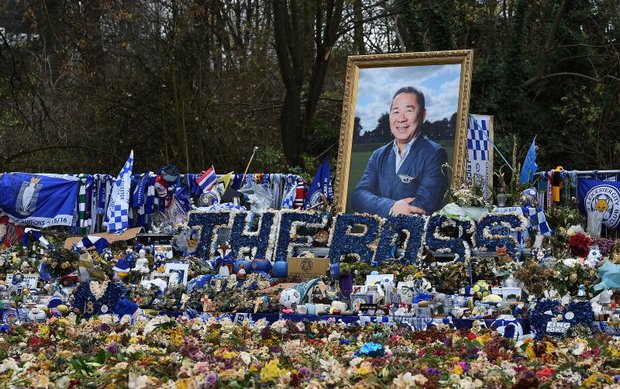 Britain's Air Accident Investigation Branch (AAIB) said in its preliminary report released Thursday that a series of cockpit pedals had somehow become disconnected from the rotor on the helicopter's tail.

"The loss of control of the helicopter resulted from the tail rotor actuator control shaft becoming disconnected from the actuator lever mechanism," the eight-page AAIB report said.

The helicopter began to spin uncontrollably to the right as a result.

The AAIB said it was treating a further probe into what caused the pedals to disconnect "as a priority".

Europe's aviation safety authorities have ordered mandatory checks on the type of helicopter involved, finding no other problems to date.