Mr Pipat said organised video game competitions is a global sports trend that has room to grow in the future.

The ministry has included e-sports as a sports category and approved the establishment of the Thailand E-Sports Federation on July 27, 2017.

The hobby was included in the Asian Games competition last year in Jakarta.

This year's SEA Games will be held in the Philippines from Sept 30 to Dec 11, and for the first time the tournament will see gaming deemed a full sport, with contestants vying for medals.

"Gaming is an activity that people across generations and genders can enjoy, with some developing into national professional athletes," said Talun Theng, managing director of Royal Paragon Enterprise and president of Thai Exhibition Association. 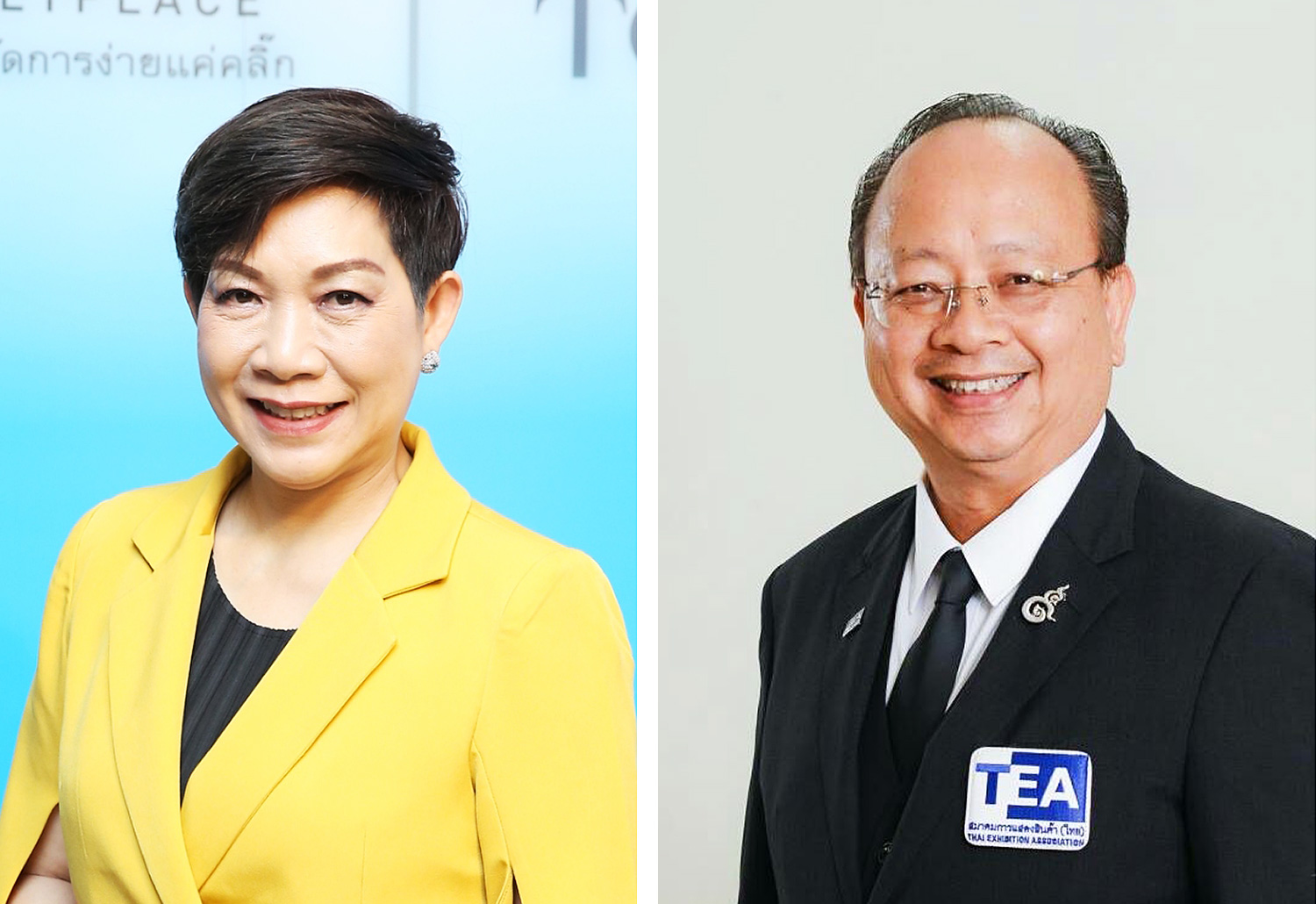 From left: Supawan: E-sports events prioritised; Talun: Gaming is for everyone to enjoy

The growing number of visitors at the annual Thailand Game Show, an event for gamers, is a testament to its popularity.

Last year, some 110,000 visitors attended the event and it is expected to rise by 5% every year, said Mr Talun.

He believes Thailand can be an e-sports leader in Southeast Asia thanks to the support of the government and efficient IT infrastructure and digital innovations.

Supawan Teerarat, senior vice-president for strategic business development and innovation at the Thailand Convention and Exhibition Bureau (TCEB), said e-sports is a focus for it among mass participation events.

This sport requires discipline and practice just like other physical sports, but most Thais still have a negative mindset about gaming, especially with regard to teenage gamers, and this needs to change, said Ms Supawan.

She said TCEB is interested in bringing the DreamHack e-sports tournament to Thailand and taking the event to major provinces such as Khon Kaen and Chiang Mai.

This would distribute income to locals and introduce new tourism destinations to participants.

The 2019 Global Esports Market Report by Newzoo, market intelligence for games and e-sports, estimates revenue for the industry at about US$1.1 billion this year, up by 26.7% from 2018.

China is the biggest e-sports consumer, generating about $210 million with the highest number of e-sports enthusiasts, around 75 million. Next up is the US, Brazil and South Korea.

In Thailand, there are 27.4 million gaming enthusiasts with an audience of 2.6 million.

Apart from e-sports, Ms Supawan said the TCEB will support other events such as marathons and cycling.

For cycling, Thailand has hosted L'Etape Thailand by Le Tour de France in Phang Nga during 2018-20, while TCEB plans to bid for more events such as criterion racing (a bike race consisting of several laps around a closed circuit) next year.

Dechapol and Sapsiree go down fighting