His Majesty the King leads the Bike for Mom event in 2015.

In his first royal command after his coronation in May, His Majesty the King said: "I shall carry on, preserve, develop and reign with righteousness for the benefit and happiness of the people."

The King, who celebrates his 67th birthday on Sunday, apparently wants to follow in the footsteps of his late father, His Majesty King Bhumibol Adulyadej the Great, who is remembered for his hard work for his subjects, sustainable economy philosophy and love for sports, among other things.

On the sporting front, King Bhumibol was a fine athlete who won a gold medal in sailing at the 1967 Southeast Asian Peninsular (SEAP) Games, now the Southeast Asian (SEA) Games, and a patron of sports.

His Majesty Rama X has also shown keen interest in sports since he was young. 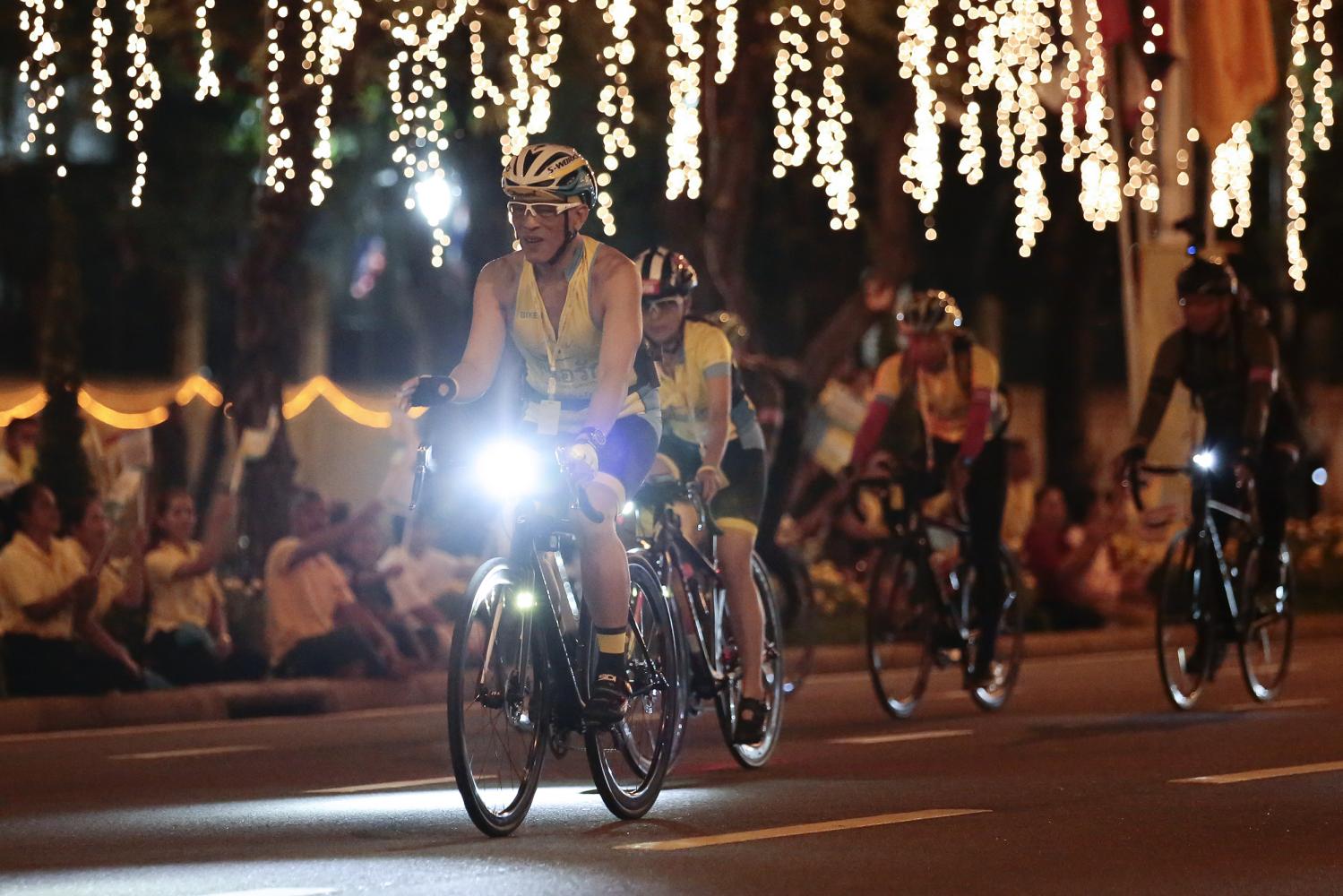 The King plays several sports and was a good footballer when he was young. However, he is now renowned for his involvement in cycling.

When he was the Crown Prince, he initiated the hugely popular Bike for Mom event in 2015 in honour of Her Majesty Queen Sirikit the Queen Mother.

The event attracted a large number of participants in every province across Thailand.

It was followed by the Bike for Dad later that year. His Majesty graced these events not only to celebrate his parents' birthdays but also to encourage the Thai people to exercise for good health.

"The two events will remain in the hearts of the Thai people," said Gen Decha Hemkrasri, president of the Cycling Association of Thailand. 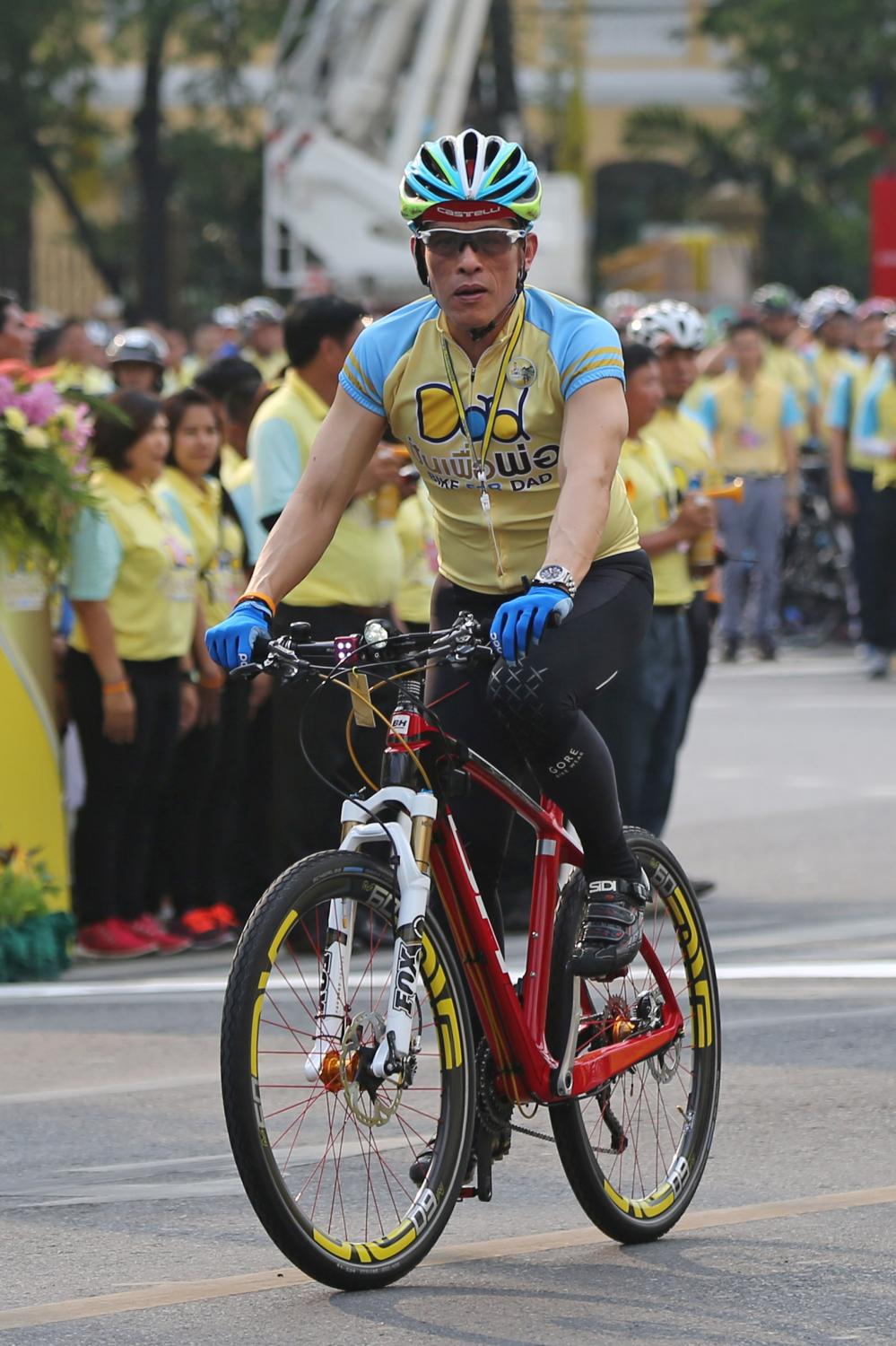 The King takes part in the Bike for Dad event in 2015.

The King has played a key role in making cycling become more popular and raising health awareness among the Thai people.

Last November, the King, along with Her Majesty the Queen, presided over the opening ceremony of the Happy and Healthy Bike Lane at Suvarnabhumi airport.

The 23.5km cycling venue is now open to the public.

"Thanks to His Majesty's kindness and great support, cycling has become more and more popular in Thailand. A large number of people also take part in the sport as an exercise for good health," Decha said.

His Majesty's support for cycling as a competition began in 2000 when he graciously donated trophies for the 18 overall winners in the Thailand Championship series.

The champions in the annual series are often granted an audience with His Majesty who give them the trophies and has a photo session with them. 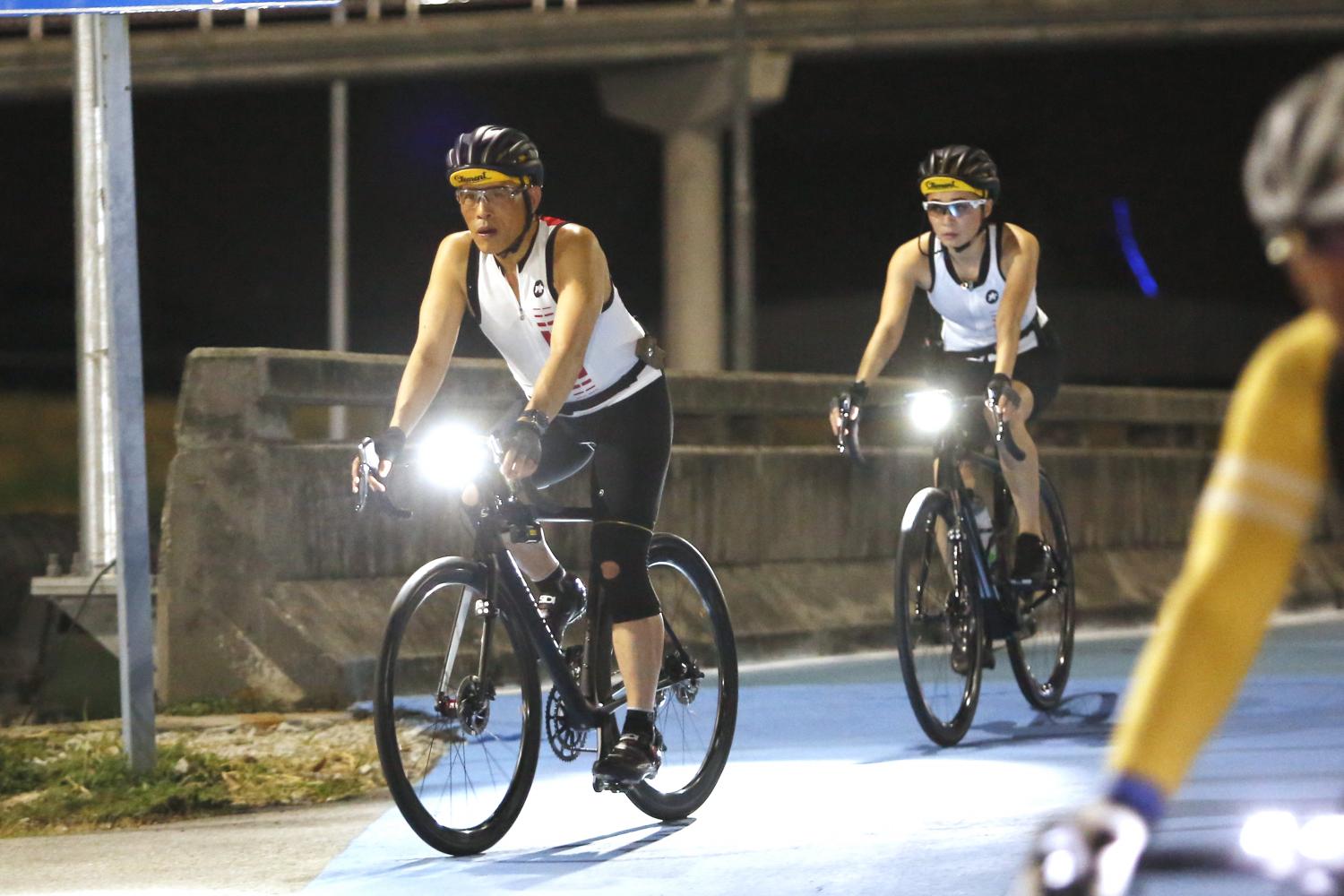 Their Majesties the King and Queen during the opening ceremony of the Happy and Healthy Bike Lane at Suvarnabhumi airport in November.

"Receiving a trophy from the King is definitely a great and memorable moment for the recipients. All cyclists in the Thailand Championship events work hard as they know that they have a chance to receive their trophies from the King. This helps make the races more competitive and interesting," Decha said.

According to Decha, the King once told him to organise cycling competitions throughout the country as the sport "helps create unity, is a good exercise and is fun".

There are five Thailand Championship events annually with each tournament attracting more than 2,000 cyclists, according to Decha.

"His Majesty has played a very important role in promoting cycling in Thailand. For our part, we always try to do our best," he said.

To mark the King's birthday, Decha said the best way for the association and cyclists to show their loyalty and gratitude to His Majesty is to work harder to help develop the sport.

The King learned horseback riding when he was about 11 years old and soon became a capable rider. 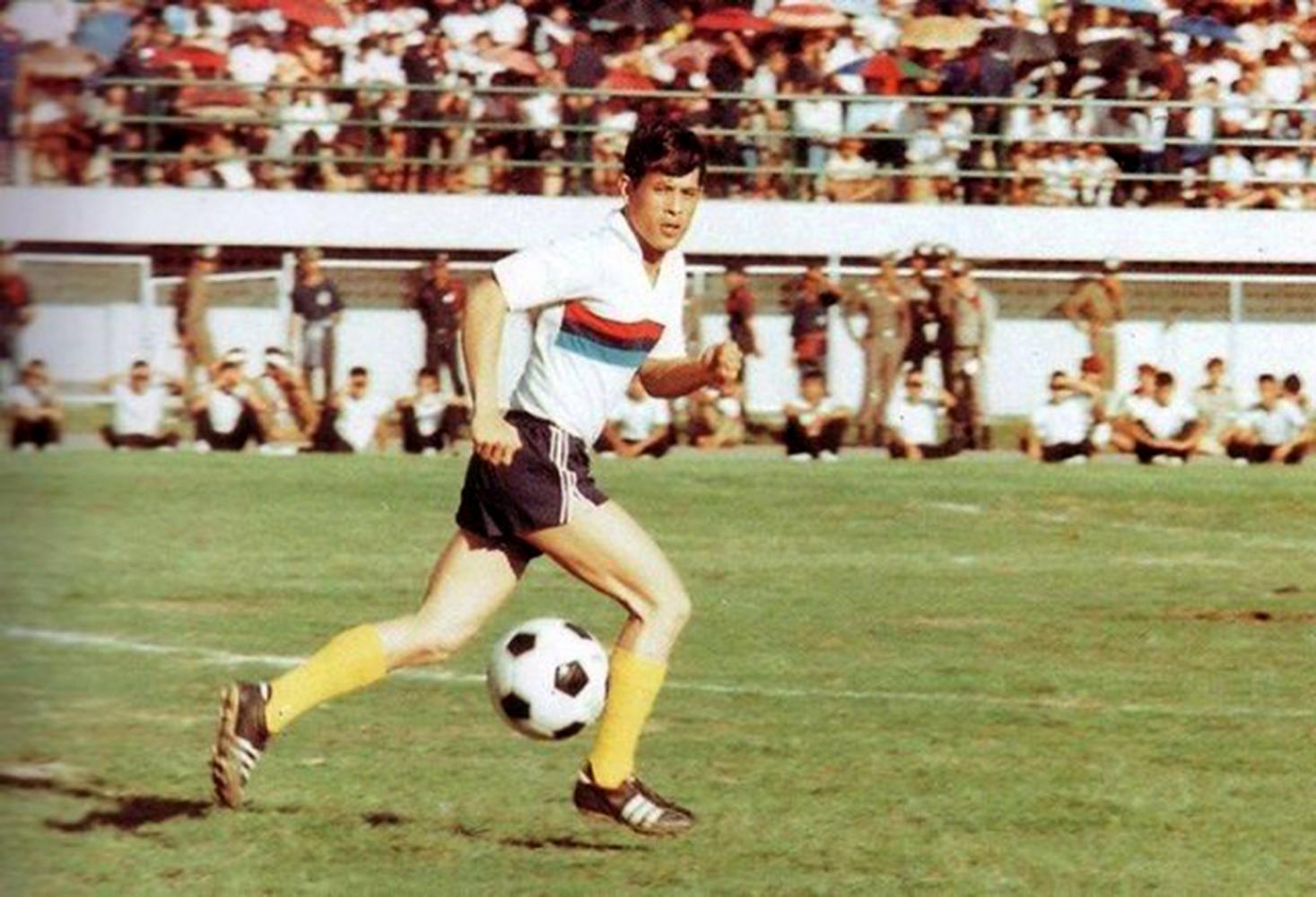 The King was trained by coach Samroeng Chaiyong, a former national player. He first played as a forward and later became a centre-back.

After his graduation from the Royal Military College, Duntroon, His Majesty played for the Rak Muangthai (Love Thailand) team in friendly matches with military officers and journalists.

The officers who played with the King included Gen Yutthasak Sasiprabha, former defence minister and ex-president of the National Olympic Committee of Thailand.

According to Yutthasak, the King did not act like he was a prince.

His Majesty sees sporting spirit and promoting the country more important than winning. 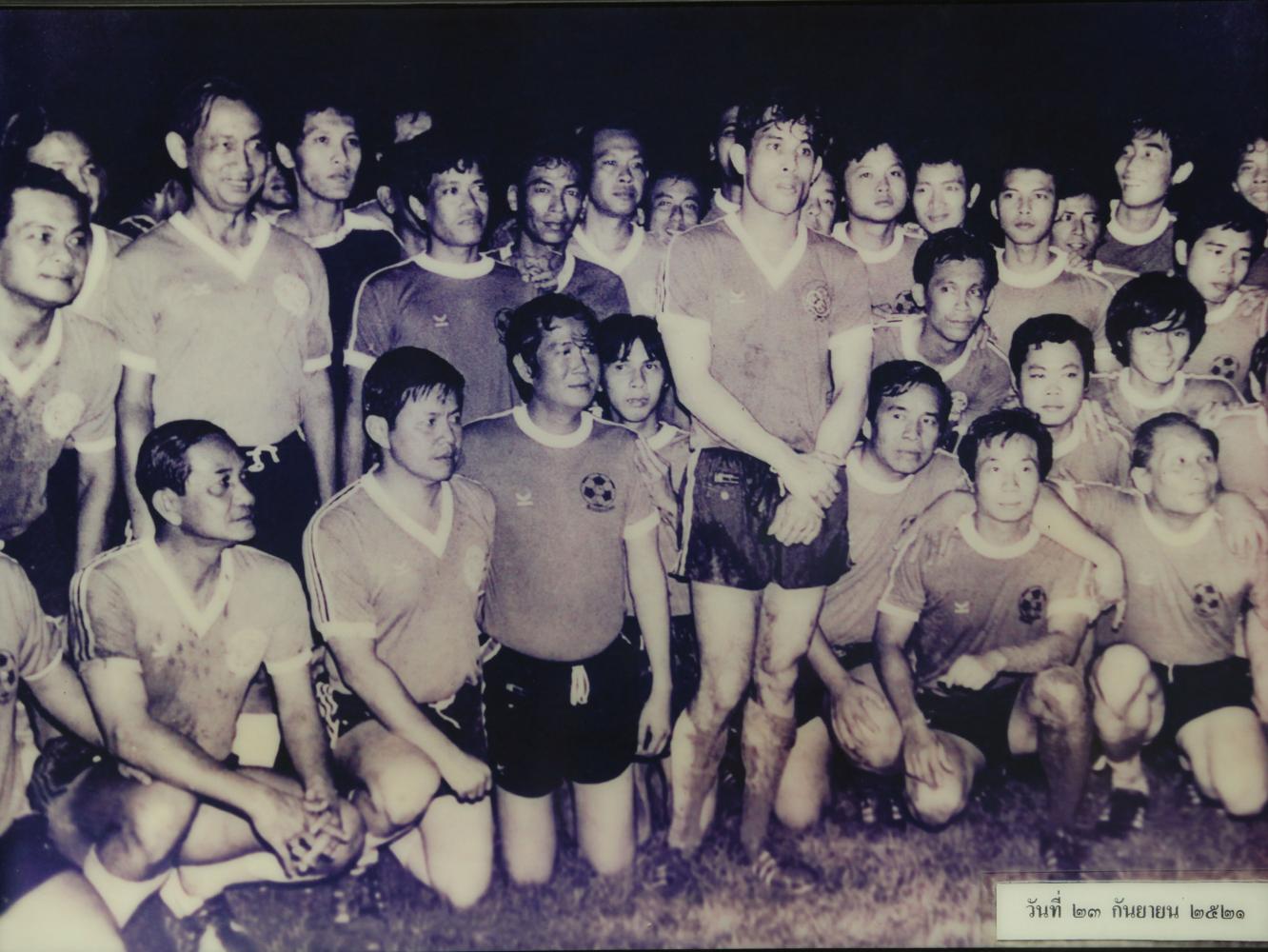 The King, standing centre, poses with teammates and opponents after a football game in 1978.

The King once told the Thai delegation for an international event: "Everybody wants to win. But it is normal that there are wins and losses in sports competitions. A win should not only be in a competition -- you should also win the hearts of your opponents and spectators."

He added: "[As Thai athletes competing in international events] you have two roles -- one as athletes and the other as Thai citizens. Apart from trying to get the best results, you should try to be true athletes and preserve Thainess. Doing so will help you earn praise from other athletes and participating countries."