Thailand were held to a goalless draw by Vietnam in their Group G of Asia's second qualifying round for the 2022 World Cup that dropped the War Elephants to third in the standings after Malaysia beat Indonesia. 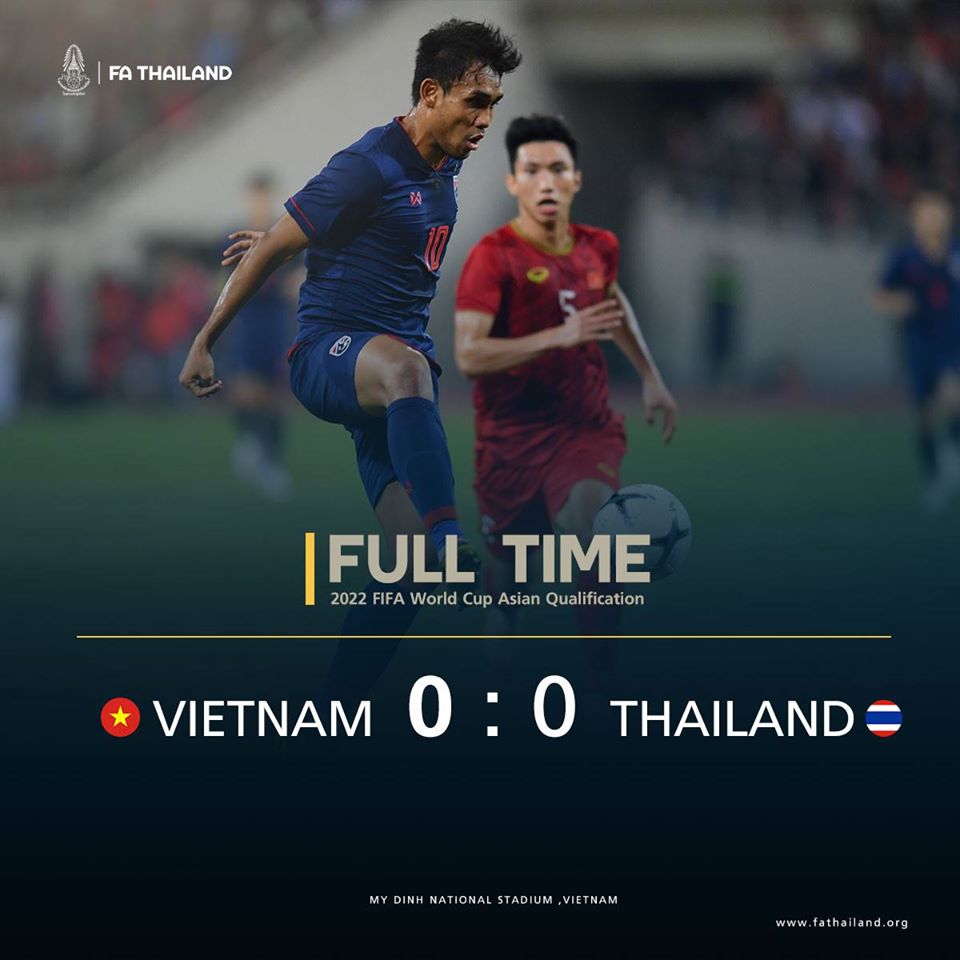 Vietnam needed a draw to stay on top of the group and the host achieved the goal. Thailand missed a chance to lead after Dang Van Lam saved a penalty kick by Theerathon Bunmathan in the first half.

The War Elephants dominated the game in Hanoi but could not break the Vietnamese defence.

Vietnam still topped Group G with 11 points in five matches and Malaysia moved up to second after a 2-0 victory over Indonesia at Bukit Jalil.

Thailand earned only one point in two matches. They will host Indonesia on March 26 and play an away game in the United Arab Emirates before ending the qualifying round by hosting Malaysia.

Princess becomes Queen for the day at Simone Cup