Having won her only previous title after coming through qualification, Linette, 28, would have been well aware not to take her opponent lightly and she turned in a thoroughly polished performance against Kung, who was taking part in just her second main draw event at this level.

Linette, who had won her maiden WTA title in Bronx last year, pinpointed her rival's second serve as an area of weakness and constantly punished it, winning 74 percent of points in that situation to seal a break in the first set and two in the second to record a comfortable victory in just one hour and 17 minutes.

"It's great to win the title today. I had a great week here in Thailand. This is my second WTA title and I am very happy with it," said Linette at a post-match press conference.

"I will try to improve my ranking. If I can keep my form like this then it will be great. I have to work harder. 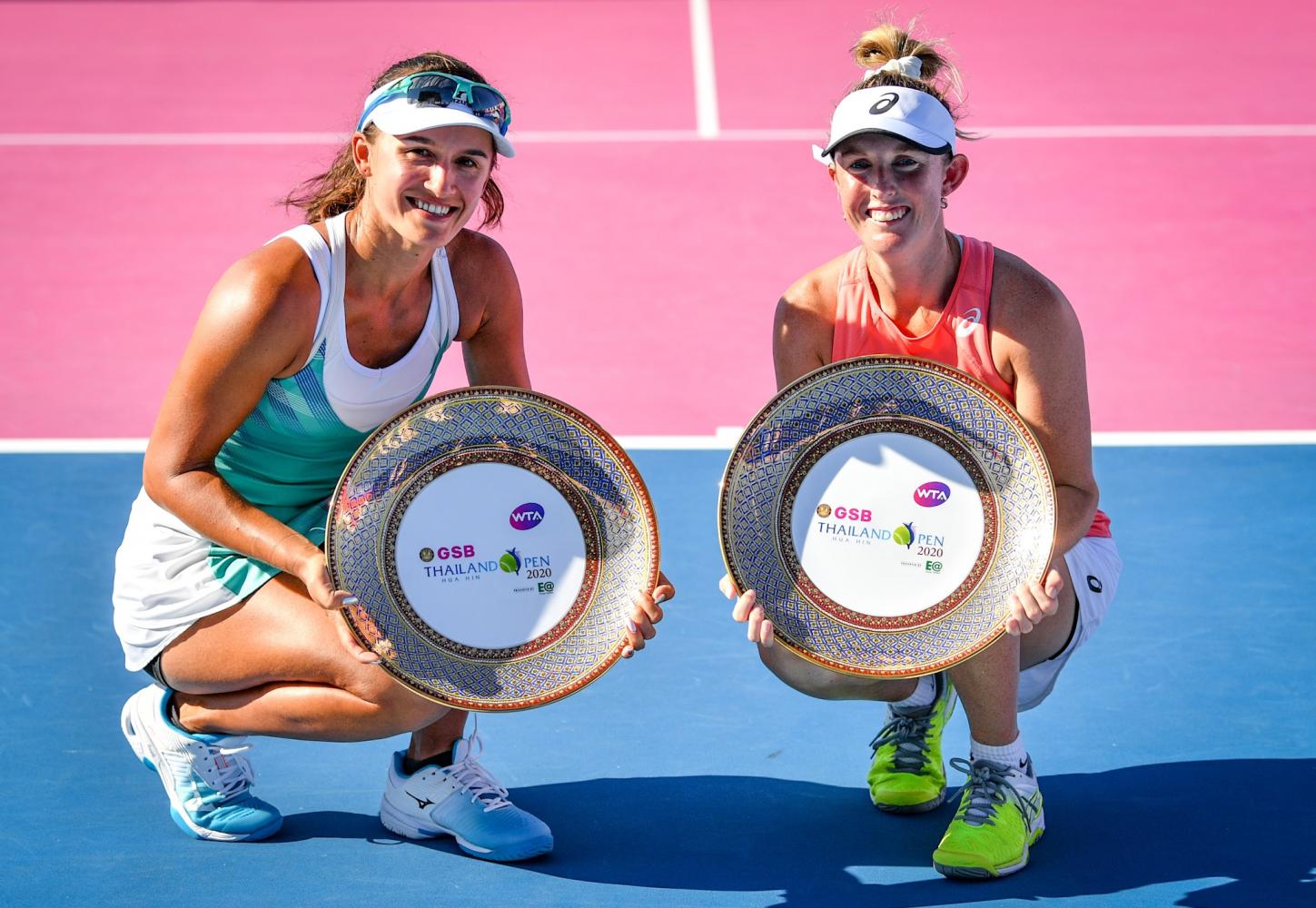 Arina Rodionova, left, and Storm Sanders pose with their awards.

"I hope to come back and defend my title next year," she added.

The first four games all went with serve before the seeded duo made the breakthrough. Although Haas and Perez hit back, they were broken twice more as the set escaped them in just 28 minutes.

The second proved to be tighter, with the pairs exchanging early breaks before the decisive move was made by the Australian combination in the sixth game. They sealed the match in exactly an hour.

"It was a a lot of fun playing in Hua Hin this week," said Rodionova. "It was windy but we were able to adjust well to the condition."

"We will try to come back to defend our title next year," added Sanders.

"It was a great tournament and we enjoyed all the activities this week. Thailand is a beautiful country so we would love to come back and spend more time here." bangkok post/wtatennis.com