Germany's Klaus Pitzer, who played a key role in Thai sprinters' success at the 1978 Asian Games, passed away last month at the age of 73, the Athletic Association of Thailand (AAT) said.

Pitzer, then athletics manager of the University of Mainz, invited Thai athletes to train and compete in Germany ahead of the 1978 Asian Games in Bangkok.

"It was a great opportunity for us to train in Germany for over three months and participated in seven or eight events ahead of the 1978 Asian Games," AAT secretary-general Surapong Ariyamongkol said.

"Mr Pitzer was the key contact person who arranged accommodation and competitions for our team.

"Thanks to his dedication and perseverance, our athletes were able to get excellent results at the 1978 Asian Games."

In the athletics competition at the Games, Thailand won four gold, one silver and two bronze medals. 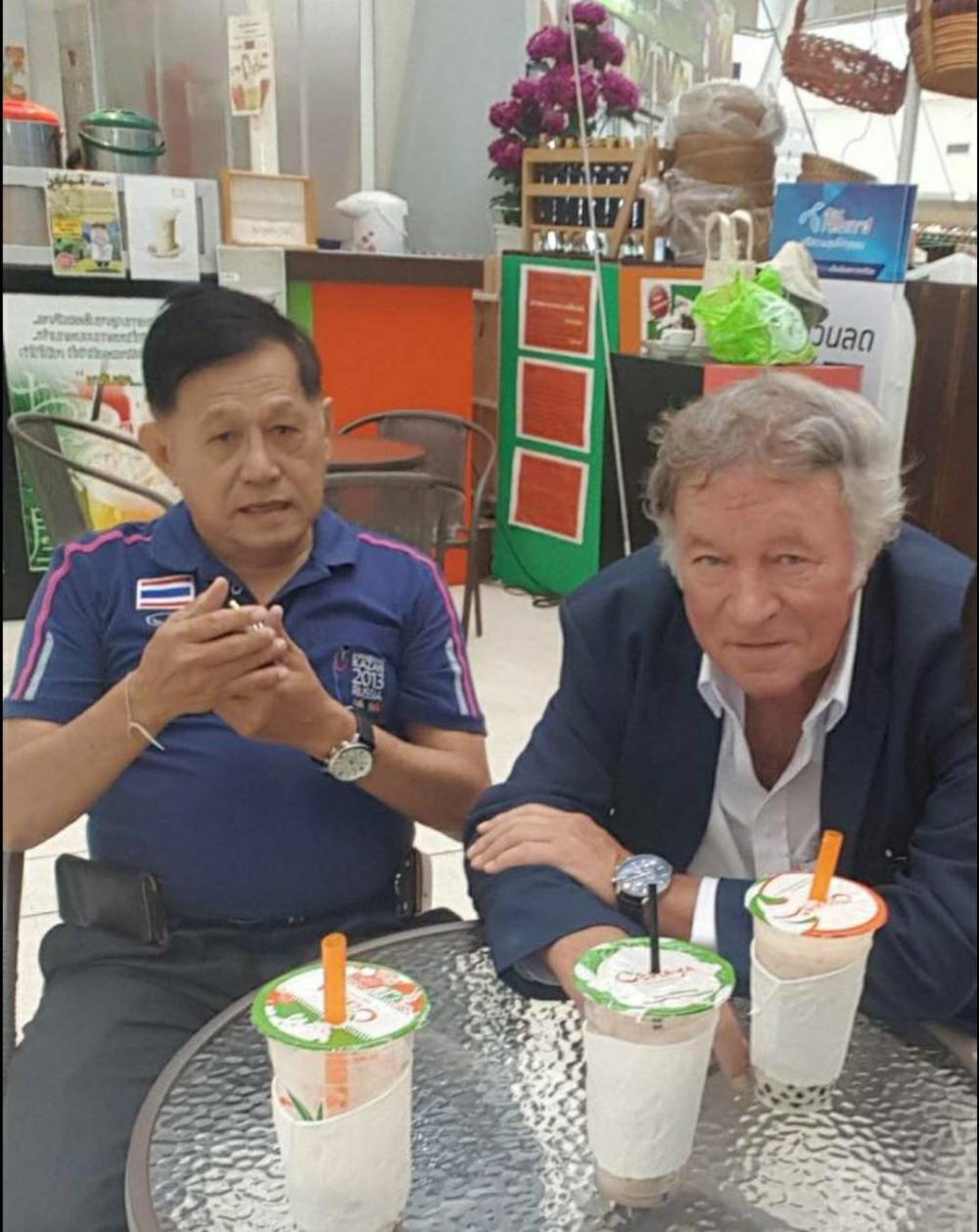 Klaus Pitzer, right, and Surapong Ariyamongkol in Bangkok a few years ago.

"That was the best performance by our athletics team at the Asian Games," Surapong said.

Pitzer first came to Thailand on a private visit in the 1970s and later became a friend of Thai athletics officials.

He received fine hospitality on several trips to Thailand and forged a close relationship with Thai officials.

Later, he wanted to pay them back. So he invited them to Germany just ahead of the 1978 Asian Games.

"I accepted his invitation on condition that he allow us to go there with our male and female sprinters," Surapong said.

"We wanted to seriously prepare our athletes for the Asian Games in 1978."

The "Dream Teams" in the men's and women's 4x100m then shone at Bangkok's Supachalasai stadium at the tournament.

"Mr Pitzer played an instrumental role behind the success. Everyone in Thailand's athletics will keep him close to their hearts. Thanks for all you did for us. We will always be grateful to you," Surapong said.