TUSCAN: Thai racer Alex Albon thanked Red Bull for their faith in him after he took his first Formula One podium finish at the Tuscan Grand Prix.

The British-born 24-year-old finished third behind the Mercedes drivers at the Ferrari-owned circuit to become the first Thai on the podium since the championship started in 1950.

Albon's seat has been the subject of some speculation after he traded places with Pierre Gasly last year, with the Frenchman demoted back to Toro Rosso (now AlphaTauri).

Gasly won the Italian Grand Prix at Monza a week ago in a shock result and his form since being demoted, coupled with Albon having a tough time alongside Max Verstappen, had added to the pressure.

"Thanks for sticking with me," Albon said over the team radio after a race that saw Verstappen retire on the opening lap.

"The team has supported me since Day One. It's really good to get a podium, just to show that I can do it," he added to Sky Sports television. 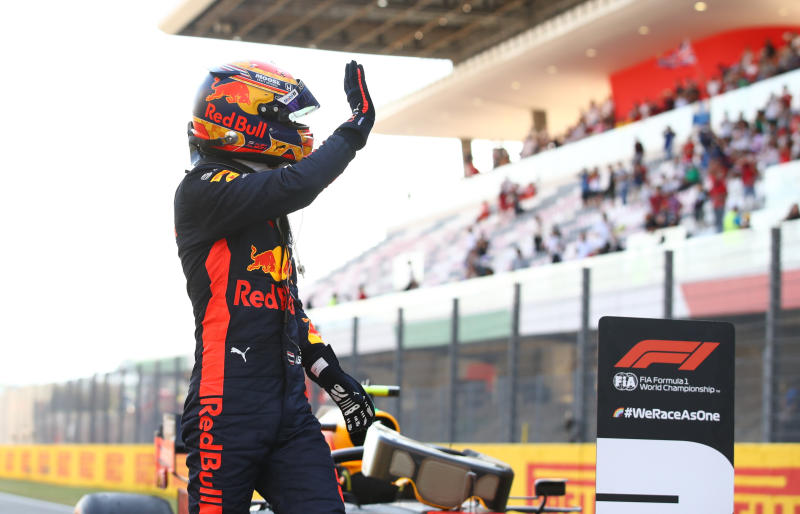 Team boss Christian Horner, who had indicated earlier in the week that Red Bull were happy with the Thai, said he was pleased for him.

"He's weathered a bit of criticism, he's bounded back," he said. "To be fair, the last couple of weekends he's been getting stronger and stronger.

"For him to get that podium today, he had to really fight for it. He had to do it the hard way."

Asked about the radio message, Horner suggested Albon could be 'too nice'.

"But once he puts the helmet on, you can see there's a real racer in there. There's a big difference between thinking you can do it and knowing you can do it. I think this podium for him will just give him a boost of confidence and self-belief.

"I think he really will build from here quite nicely."

Ratchanok falls to Korea's An in QF

Bilbao gatecrash Super Cup, vulnerable Bayern - what to watch in Europe this weekend