World No.1 Tai Tzu-ying got a scare from local star Benyapa Aimsaard before beating the teenager 21-18, 26-24 in the first round of the Yonex Thailand Open on Tuesday.

It was the Taiwanese's first match since she won the All England Open title nine months ago as badminton restarted at Bangkok's Muang Thong Thani.

The sport had been mainly sidelined since the 2020 All England Open in March although there were a few small events late last year.

"I feel so happy to play my first match here. It is strange to play without any crowds," said Tai.

"I made too many unforced errors in the first match. I will continue to work on my physical fitness."

World No.129 Benyapa, who replaced injured compatriot Nitchaon Jindapol, said she got a precious experience.

"I feel very happy because it is rare for me to compete in such a big tournament and play against a top player," said the 18-year-old Thai.

India's Pusarla V Sindhu became the first big-name casualty when she was eliminated in the first round by Denmark's Mia Blichfeldt.

"This win means a lot to me. I have been struggling with my body for the past year, but now I am satisfied that I am back on track," said the Dane.

"I feel very proud of myself and very happy that my plan is slowly working."

Sindhu said: "I can say that it was not my day because I played really well in the first game. In the second game, I should have finished it but there were some unforced errors on my side. In the third game, I gave Mia a huge lead, some points here and there, but it was not my day today basically." 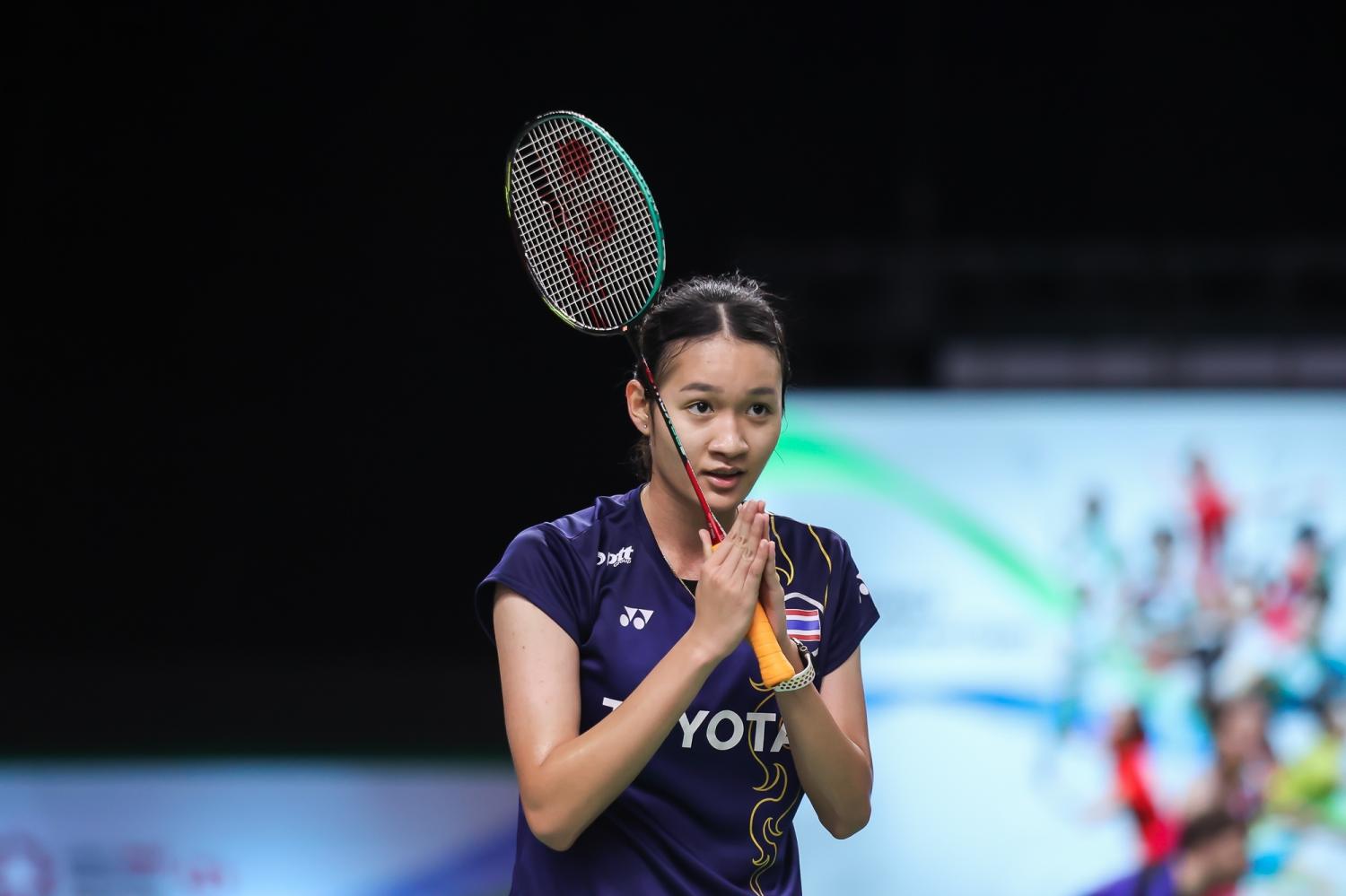 "At the start I felt a little bit shaky. That's of course okay after such a long time not competing. I felt good on court, my body was moving fine and I actually got to enjoy it too, which is not always easy when you want to win. I was again reminded why I do what I do for a living and that's because I enjoy being out here competing," Axelsen said.

In the mixed doubles, top seeds Dechapol Puavaranukroh and Sapsiree Taerattanachai of Thailand came from behind to see off Malaysia's Hoo Pang Ron and Cheah Yee See 18-21, 21-16, 21-15.

"We feel good but still not full of confidence. We have to play much better in the next match. We are feeling good after not playing tournaments for 10 months," Sapsiree said.

The Yonex Thailand Open is the first of three consecutive tournaments in the Asian leg on the BWF World Tour held behind closed doors at Bangkok's Muang Thong Thani.

The tournament, which ends on Sunday, will be followed by the Toyota Thailand Open from Jan 19-24.

Both are Super 1000 tournament with a total purse of US$1 million each.

The Bangkok tournaments are weakened by the withdrawal of China, who were grounded by travel restrictions, and Japan, who pulled out when men's No.1 Kento Momota tested positive for Covid-19.

Among the absentees in the women's field are No.2 Chen Yufei of China, and No.3 Akane Yamaguchi and No.4 Nozomi Okuhara of Japan. 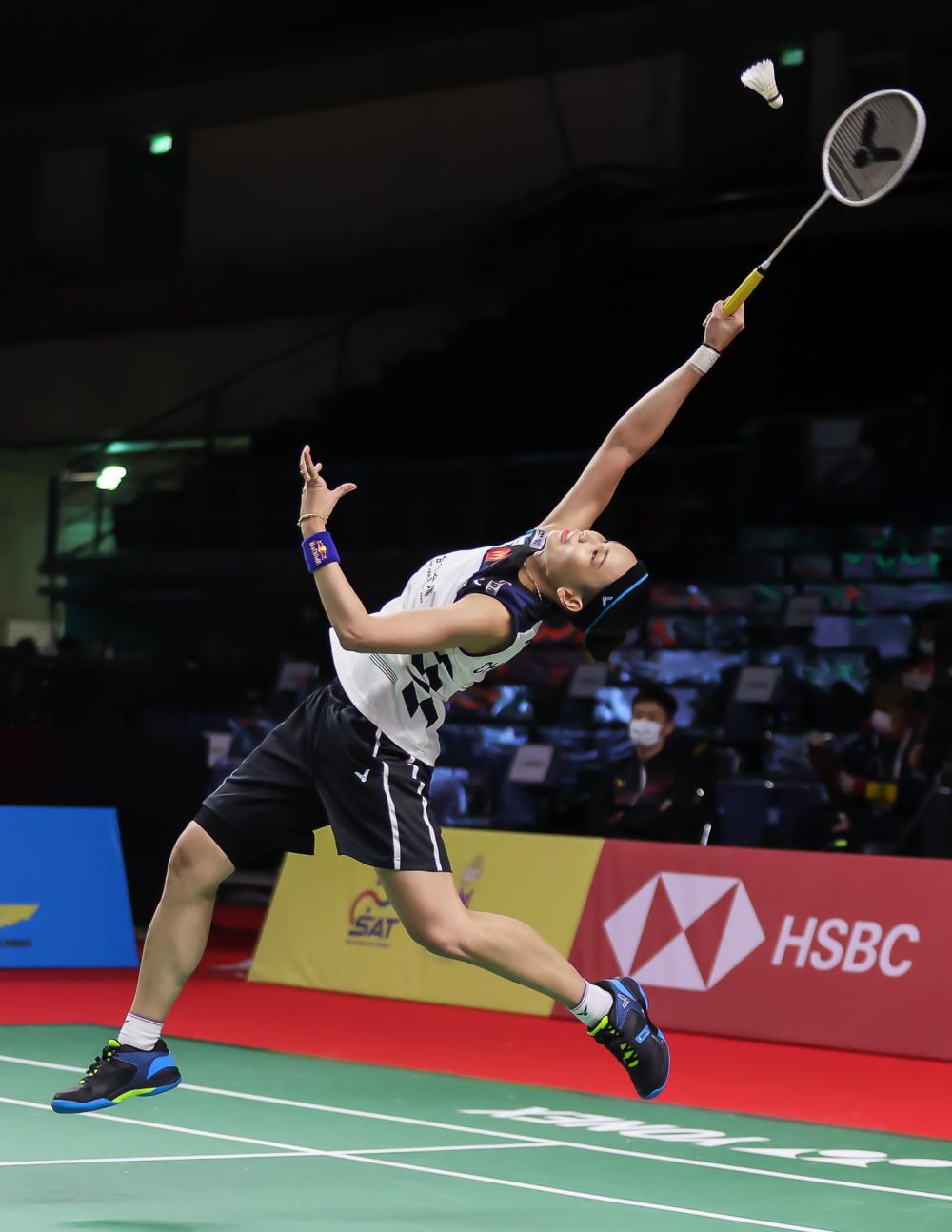 Taiwan's Tai Tzu-ying in action in the first round of the Yonex Thailand Open yesterday.

'Miracle' at the Gabba as record-breaking India stun Australia