Thai League 1 leaders BG Pathum United aim to beat Sukhothai on Thursday night and wrap up the title with six games to spare.

With a 16-point advantage, the Rabbits need only one win in their remaining seven matches to claim their first ever top-flight crown.

They are heavy favourites against lowly Sukhothai who have suffered nine losses in their previous 11 T1 matches with one win and one draw.

"Everybody [at the club] wants to win this game but I don't want to put extra pressure on my players," Pathum coach Dusit Chalermsan said on Wednesday.

"We want to win the title before our fans as spectators are allowed in the stadium in this game.

"There are still many games left but it will be good if it ends today. We won't go for an all-out attack and have to wait for our chances."

Brazil's Diogo has made his presence felt since joining Pathum before the second half of this season with five goals in six league games.

His compatriot Victor is strong in front of his own goal and dangerous at the other end.

The defender has netted 14 league goals in 21 matches this term, and is second behind Samut Prakan's Tardeli Reis, with 19 goals, in the scoring charts.

In yesterday's action, visiting Ratchaburi beat bottom club Rayong 3-0 to send the hosts closer to a quick return to T2.

Fellow relegation contenders Suphanburi also suffered a setback at home when they lost 2-1 to Samut Prakan.

Nakhon Ratchasima secured a 3-2 victory at Bangkok United with Chitchanok Xaysensourinthone scoring the winner in injury time after the hosts were reduced to 10 men.

Port raced to a 2-0 lead in the first half with goals by Yannick Boli and Pakorn Prempak.

Phumin Kaewta cut the deficit to 2-1 in the 67th minute only for Adisak Kraisorn to make it 3-1 five minutes later.

The T1 runners-up and third-placed side earn spots in the 2022 AFC Champions League play-offs.

The league winners, along with the FA Cup champions, reach the ACL group stage. 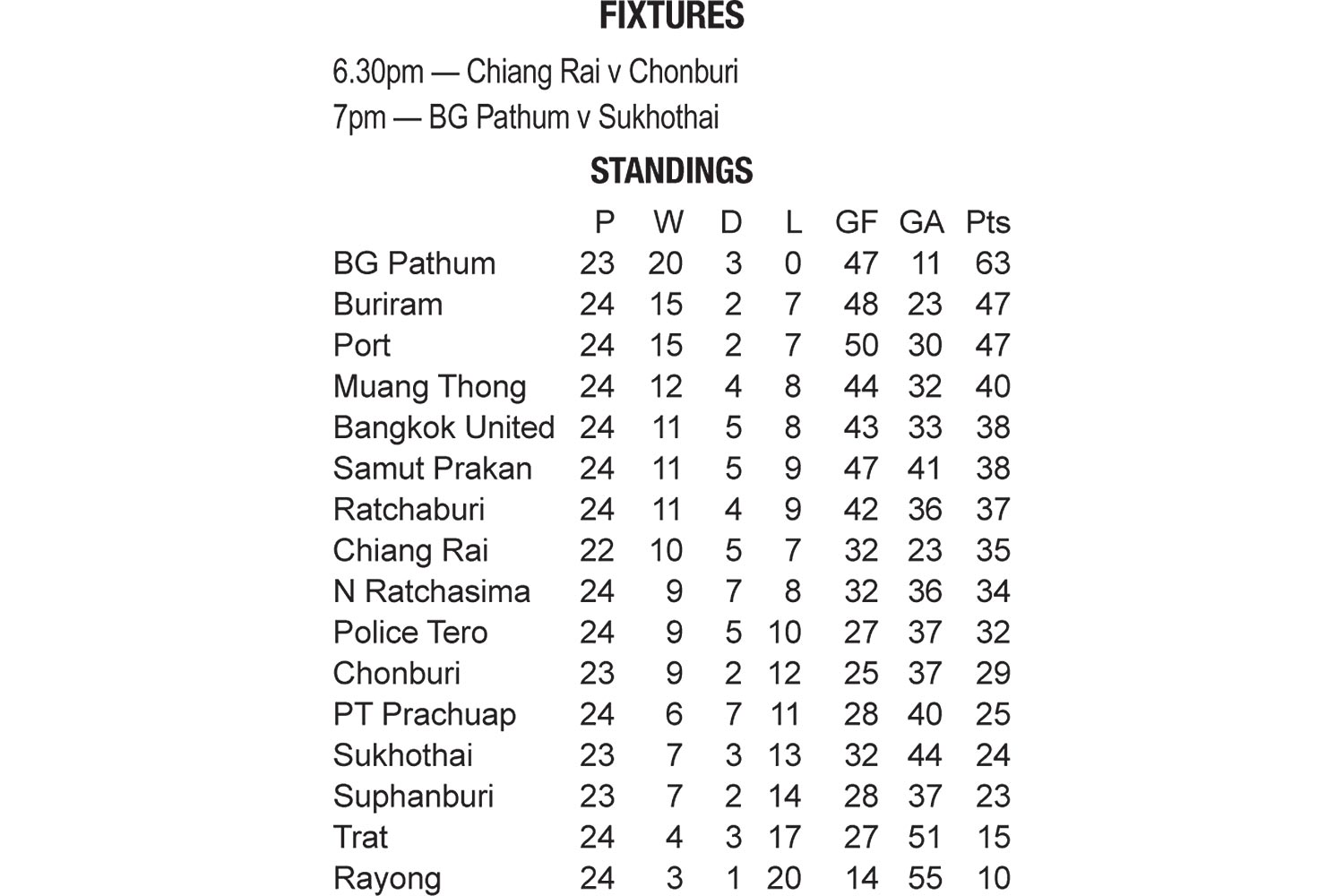 Inside China's gymnastics machine: the children training for Olympic glory

From Wuhan roof to China football saviour for 'world-class' Wang