The Rabbits claimed their maiden T1 title on Thursday night after beating Sukhothai 2-0 with six matches to spare -- a new record.

Buriram secured the league crown in 2011 with four games left when the competition had 18 teams compared to 16 this season.

"We are very happy that we are successful this season. We won the title faster than we had expected," BG coach Dusit Chalermsan said after the triumph.

"Indeed, our pre-season target was not about winning the title. But after we gradually became better, we had expectations. Our new players settled into the team fast.

"Many people ridiculed us saying we had a lot of defenders so who would score for us. We proved that we could score from set-pieces. Indeed, our strikers Chenrop [Samphaodi] and Siroch [Chatthong] can also score. We already had various attacking options before we brought in new strikers."

Pathum signed veteran strikers Diogo Luis Santo and Teerasil Danga for the second half of the season and the duo have made their presence felt, particularly the former.

Former Thailand international Dusit was cautious when asked if the Rabbits, who were in Thai League 2 last term, would be unbeaten champions.

"We have to wait and see if we will be unbeaten for the whole season," he said. "We may give young players chances to play or we may stick with our strongest sides."

Chiang Rai chief Miti Tiyapairat was quick to congratulate the new champions. "I'd like to congratulate my nice brother, Khun Pavin Bhirombhakdi [BG chairman], and their fans," he wrote on social media. "You deserve to win the trophy. You are the champions of Thailand."

He said the Beetles were ready to hand BG the trophy.

BG said they want to receive the silverware on March 20 after their last home game of the season against Ratchaburi.

Second-placed Buriram and fourth-placed Muang Thong must end the season in the top three for spots in the 2022 AFC Champions League play-offs.

Buriram and Muang Thong will also meet in the FA Cup quarter-finals.

"They are seven points ahead of us but anything can happen. I think we can beat them and reduce the gap," said Muang Thong coach Mario Gjurovski.

Buriram manager Boriphan Sunrod said: "Our aim is to win all remaining games and finish the season in second place." 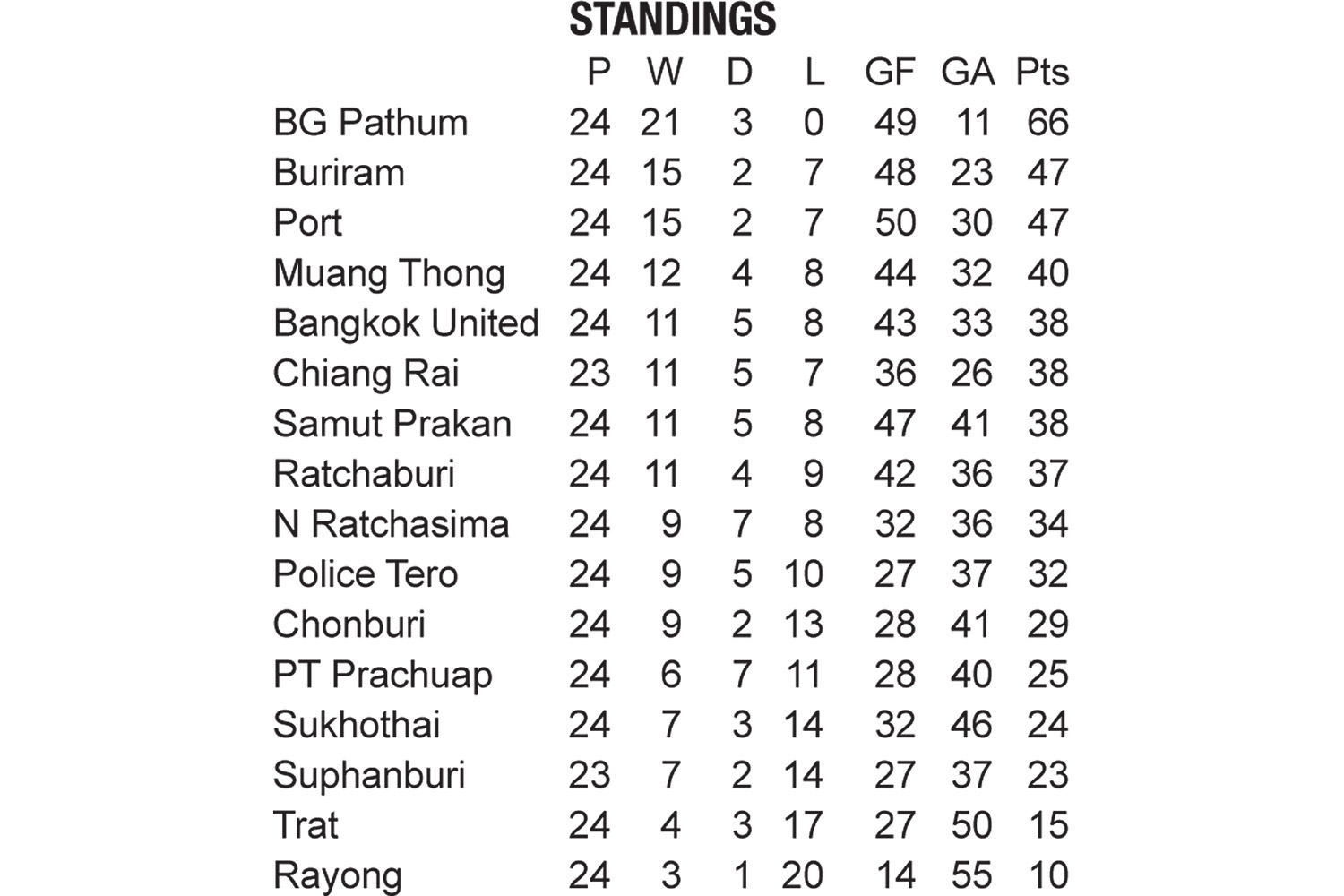 The cabinet approved another 3.04 billion baht in Covid-19 relief handouts under the Rao Chana (We Win) programme on Tuesday, extending the subsidy to another 2.4 million people.

'Madrid will not be kicked out of Champions League': ESL chief Perez

Mourinho sacked by Tottenham after 17 months in charge