The largest group of Thai Olympians arrived in Tokyo on Saturday, many of them expressing confidence that they will return home with medals.

A total of 41 Thai athletes will compete at the 2020 Olympics after boxer Thitisan Panmod pulled out of the July 23-Aug 8 Games due to injury.

Thailand won two gold medals at Rio 2016 and this time they hope two win up to three titles in Tokyo.

Badminton player Busanan Ongbamrungphan said her dream has come true with a ticket to Olympics.

"I am happy to go to the Olympics," said Busanan, who will compete in the women's singles event along with Ratchanok Intanon.

"My target is a medal. I am well prepared for the tournament."

Fellow shuttlers Jongkolphan Kititharakul and Rawinda Prajongjai, who will participate in the women's doubles admitted that they are in a tough group but are still upbeat about their chances in Tokyo.

"This is our first Olympics and we have trained hard for a couple of months," said Jongkolphan.

"We are not seeded players so it is not a surprise that we are in a tough group. We do not feel under pressure. We have trained hard and want to show what we have." 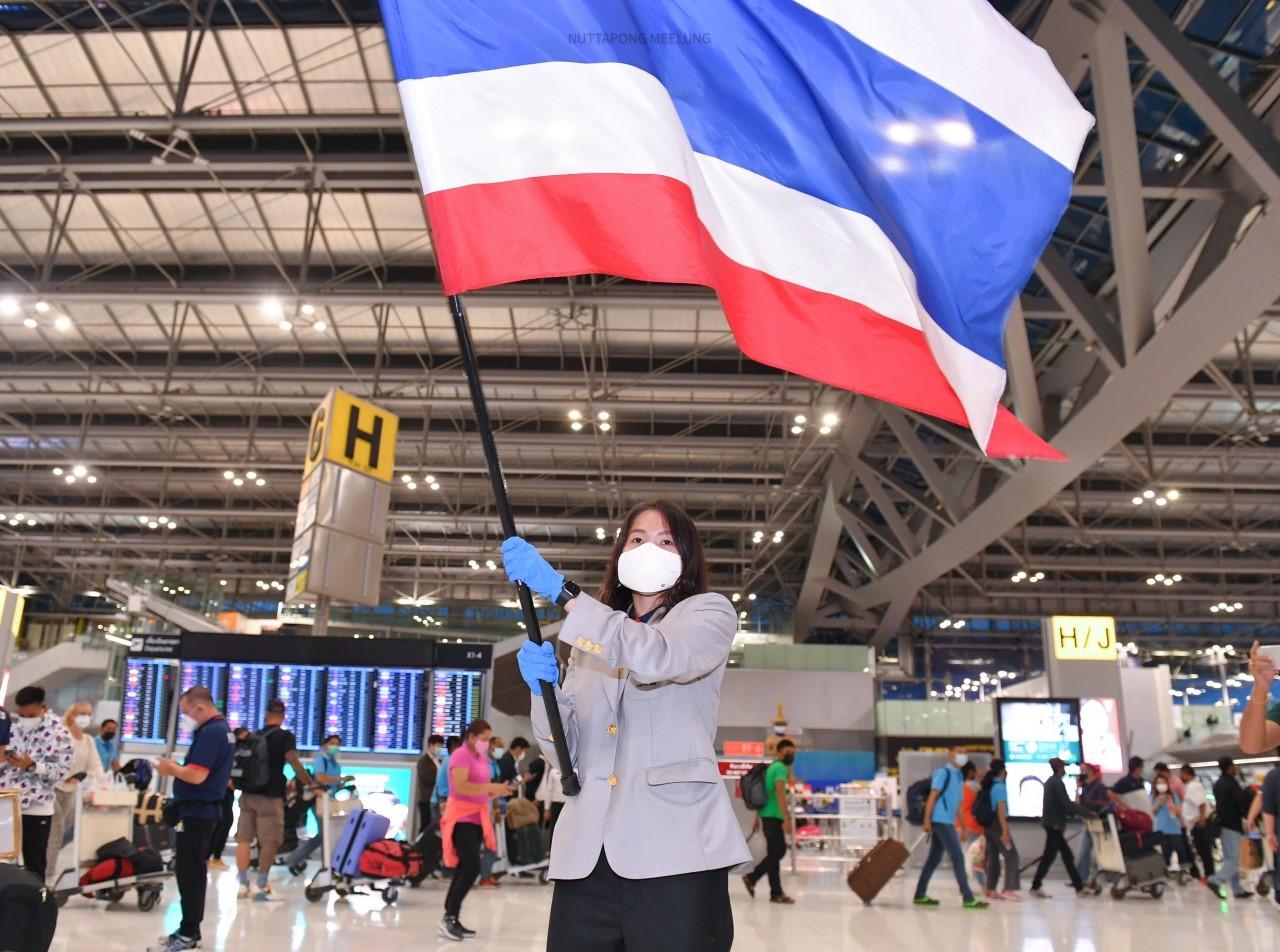 Boxer Chatchai-decha Butdee, who will compete in the men's 57kg division, said he is fully fit physically and mentally for his third Olympic appearance.

"I am aiming to win a medal for Thai people."

Gen Ronnachai Manchusunthorn- kul, deputy secretary-general of the National Olympic Committee of Thailand, saw them off at Suvarnabhumi airport.

"I am confident that we will win at least one gold," he said. "Athletes in taekwondo, golf, skeet shoot- ing, boxing and badminton are our hopefuls."

Since their Olympic debut in 1952, Thailand have won 33 medals (nine golds, eight silvers and 16 bronzes) in only three sports -- weightlifting, boxing and taekwondo.

Thai weightlifters are banned from the 2020 Olympics due to doping.