Thai boxer Sudaporn Seesondee, right, in action against Simranjit Kaur of India in the women's 60kg quarter-finals at the Tokyo Olympics on Friday.

Unfortunately, Thailand will have to wait for at least three years to win an elusive Olympic medal in badminton at Paris 2024 after Ratchanok Intanon lost 2-1 to Taiwan's Tai Tzu-ying in the quarter-finals.

Sudaporn, a silver medallist at the 2018 world championships, produced a masterful performance to beat Simranjit Kaur of India 5-0 in the round of 16.

She is the third Thai to book a spot in the quarter-finals at Tokyo after Chatchai-decha Butdee and Jutamas Jitpong.

The Udon Thani native will meet Caroline Dubois of Great Britain in the last eight next week with the winner assured of at least a bronze.

"I felt more relaxed than in the first bout. I could deliver my punches freely," said Sudaporn, who claimed the Asian Games silver medal for Thailand at Jakarta 2018.

Sudaporn is now determined to win her next bout on Tuesday against 2018 Youth Olympics and world youth championships victor Dubois, who upset 2019 world championships bronze medallist Ellis Rashida of the US 5-0.

"It's good that I don't have to fight the American boxer. As for the British boxer, she has good straight punches. I need to be prepared for that and take the initiative," the Thai said.

A semi-final spot in the Olympics will also earn her a position as a civil servant in the Royal Thai Navy.

"The stakes are high for me in the next match. A win will earn me not only a bronze but also the job in the Royal Thai Navy for which I have been waiting for 12 years. I will do everything I can to make my dream come true and I hope to get support from the Thai people," said Sudaporn, who as usual will call her mother, Rueng, before the fight for moral support.

Thailand Boxing Association (TBA) bosses are confident that the squad will win at least one medal after their empty-handed campaign at the 2016 Rio Olympics.

Ratchanok had to bear one of the most heartbreaking defeats of her career as her campaign at Tokyo was ended by world No.1 Tai in an exhilarating quarter-final.

The fiercely determined Thai came close to bettering her Olympic record when she powered to a 21-14 and 14-10 lead before the Taiwanese turned the match around with superb rallies and swift all-court movement to edge the clash 14-21, 21-18, 21-18 in 67 minutes.

For the third time, world No.6 Ratchanok will return home empty-handed from the Olympics having lost at this stage in 2012 and in the last 16 in 2016.

After losing the match point, a distraught Ratchanok ran to her coach Patapol Ngernsrisuk and wept on his shoulder in one of the saddest scenes witnessed so far at the Tokyo Games. 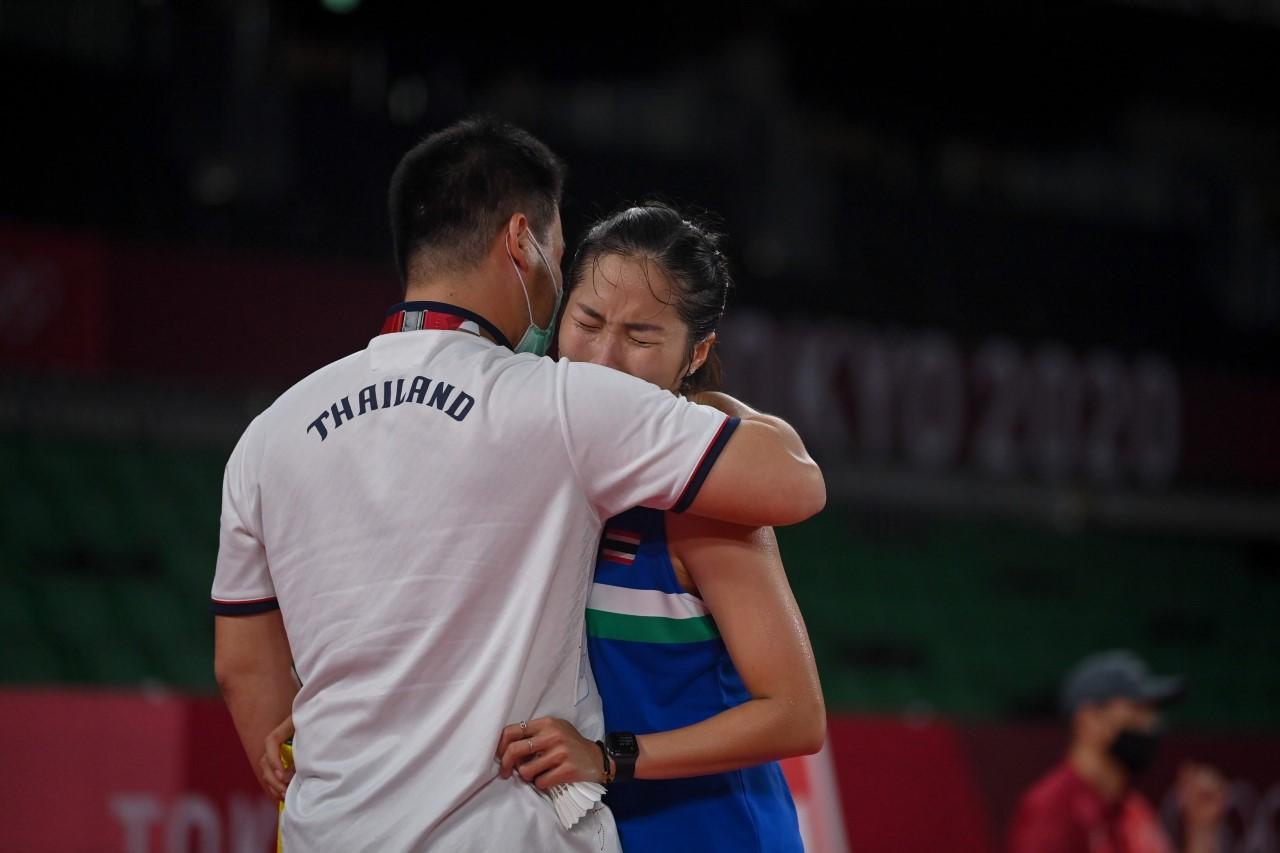 The 26-year-old declared earlier that she longed for an Olympic medal more than anything else in life, but that goal still eludes her.

Ratchanok's exit ended Thailand's hopes of a badminton medal after Dechapol Puavaranukroh and Sapsiree Taerattanachai were knocked out by Japan's Yuta Watanabe and Arisa Higashino of Japan in the mixed doubles quarter-finals.

"I took control better, but I relaxed a bit and allowed her to change the game and take more risks," said a tearful Ratchanok in the post-match interview.

"In just seconds, everything changed. She dared to try something different before I did.

"I was physically well prepared for a tough match like this. It's just the mental side that played a role. I'm sorry that I could not be the first female player from Thailand to reach an Olympic semi-final. I'd like to apologise to Thai fans. However, I feel proud about putting up my best fight."

Drug suppression units on Wednesday seized assets worth about 59 million baht believed to have been acquired through the drugs trade, an official said.