Hidden in the heart of Bangkok, a road-side pocket park is an unlikely place to come across three footballers -- Chanathip Songkrasin, Theerathon Bunmathan and Sittichok Paso -- who are now playing for the Japan Professional Football League.

But they were brought back to Chalermla Public Park in the form of manga characters on the run-down wall and futsal court early this month. Drawn by Yoichi Takahashi, the creator of Captain Tsubasa, they are the new addition to graffiti that put this place on the hipster's map.

"It is exciting. I have never seen this [manga] painting before," said Sai, a migrant worker, who was taking her child for a walk. It was the first time she had left home after the virus lockdown.

"Many people come to take photos of graffiti. Paintings on the wall always change. It is exciting to see a new one. It will inspire children to play football," said Somboon Yangsa-nga, 52, who has lived in the district of Ratchathewi for 10 years. In those days, the park did not exist. 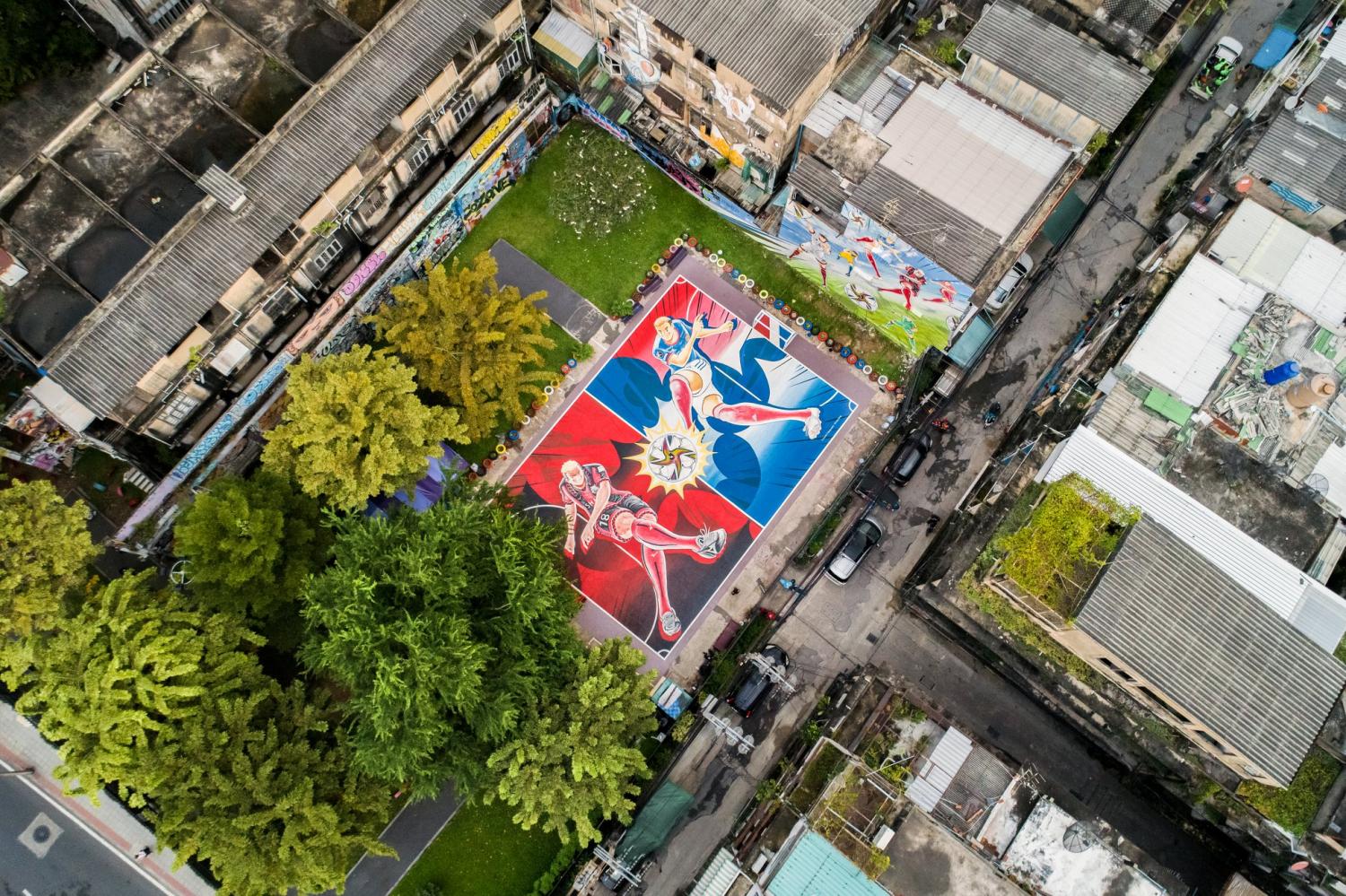 Its name is derived from the Chalermla 56 Bridge, now known as the Hua Chang Bridge, built by King Rama V on the occasion of his 56th birthday. Once abandoned, the area became a den of unlawful activities. It is close to the BTS Ratchathewi.

Somboon took refuge in the park from the stuffy room she shared with her sick husband and nine-year-old son learning from home.

"It is very suffocating. I enjoy coming here to breathe. I hope exercise equipment will be made available," she said.