Thailand's Teerasak Poeiphimai, centre, in action against Vietnam in the AFF U23 Championship in Cambodia on Tuesday.

Thailand will meet Laos in the semi-finals of the AFF U23 Championship in Cambodia on Thursday.

The Thais reached the last four of the Asean championship despite losing 1-0 to Vietnam in their final Group C game on Tuesday night.

In other semi-final tie, Vietnam take on Timor Leste.

At the Prince Stadium on Tuesday, the game between Thailand and Vietnam was every bit as lively as had been expected with both teams putting up some fast-paced action.

Thailand dominated much of the exchange with Kakana Khamyok and Teerasak Poeiphimai leading the Thai attacks as Vietnam relied more on the counter-attacks to catch their opponents off guard.

But it was Vietnam who went ahead in the 29th minute when Nguyen Trung Thanh curled in a free-kick at the near post from the right to catch Thailand goalkeeper Narongsak Nueangwongsa flat-footed. 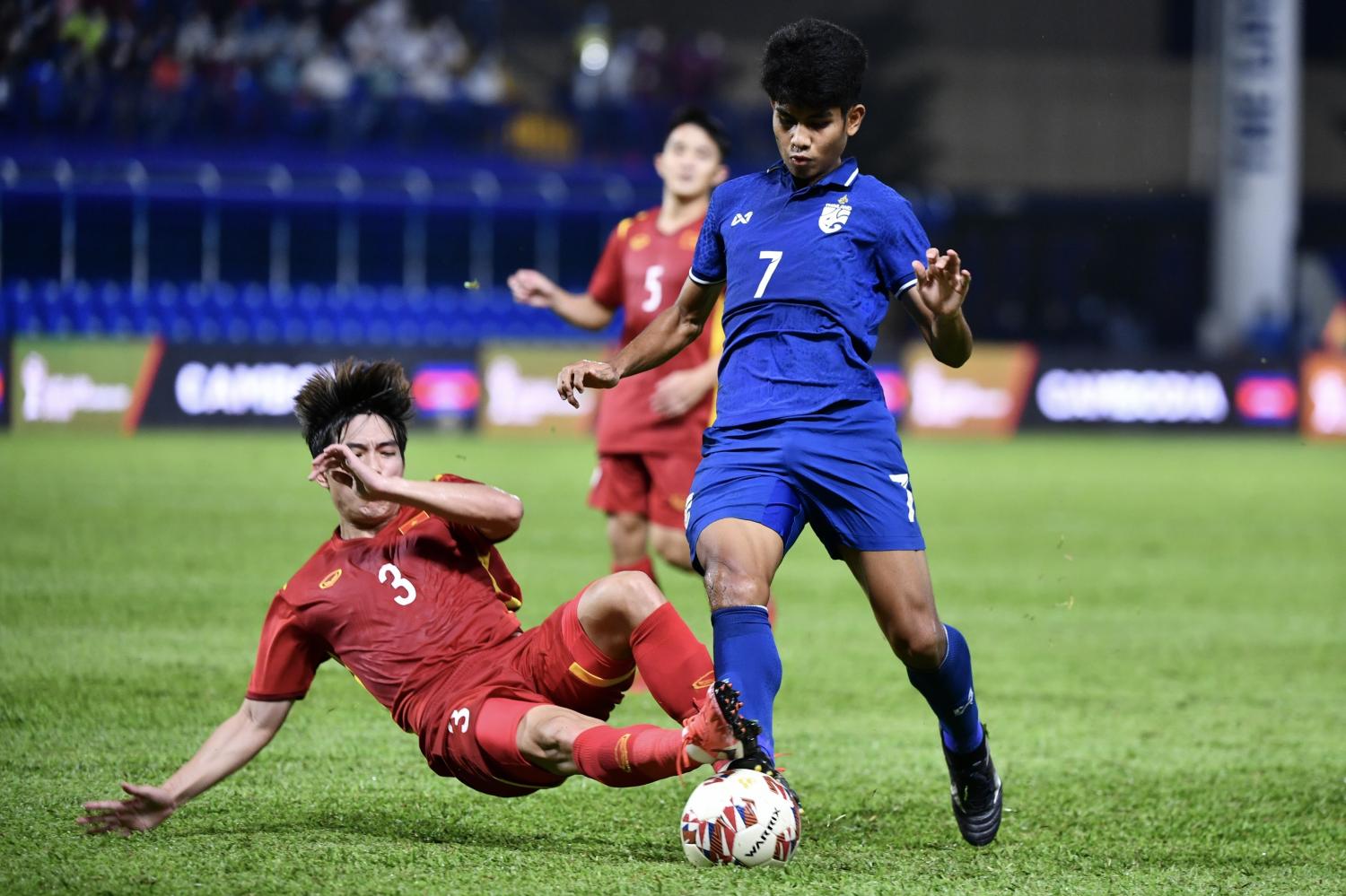 Thailand, whose players are mainly U19s, upped their game well in the second half but just could not find the back of the net.

"We dominated the game but we just could not score. We just have to keep going. We want to qualify for the final where we hope to play Vietnam again," said Thailand coach Salvador Garcia.

The Spaniard was worried about the Covid-19 pandemic in Cambodia but said his men are ready for Laos.

"As far as I know about the Covid-19 situation now ... it is not easy for every team but I have known that some Vietnamese players have the virus," Garcia said.

"I am worried about this but I have to focus on the work and prepare the team for the next game.

"I have confidence in our fitness coach, physical therapists and medical team in recovering our players and I think our players are getting well and regarding the match with Laos tomorrow [today] we are ready for that," said Garcia.