Thai teenage sensation Puripol Boonson won the men's 100m title to complete a hat-trick of sprint crowns at the 31st SEA Games in Vietnam on Wednesday.

Singapore's Marc Brian Louis was third with a time of 10.56sec.

It was Puripol's third gold in Hanoi in his SEA Games debut, having won the 200m and 4x100m titles.

The Samut Prakan runner burst onto the scene at the National Games only in March when he swept the 100m and 200m gold medals by setting new records in both events.

In the 200m in Hanoi, his winning time of 20.37sec broke the SEA Games record and his own national mark.

In the women's 100m final, Kayla Richardson of the Philippines took gold in 11.60sec, ahead of Singapore's Veronica Shanti Pereira (11.62) and Thailand's Supanich Poolkerd (11.66).

In the women's javelin throw, Jariya Wichaidit won silver with an attempt of 55.65m. 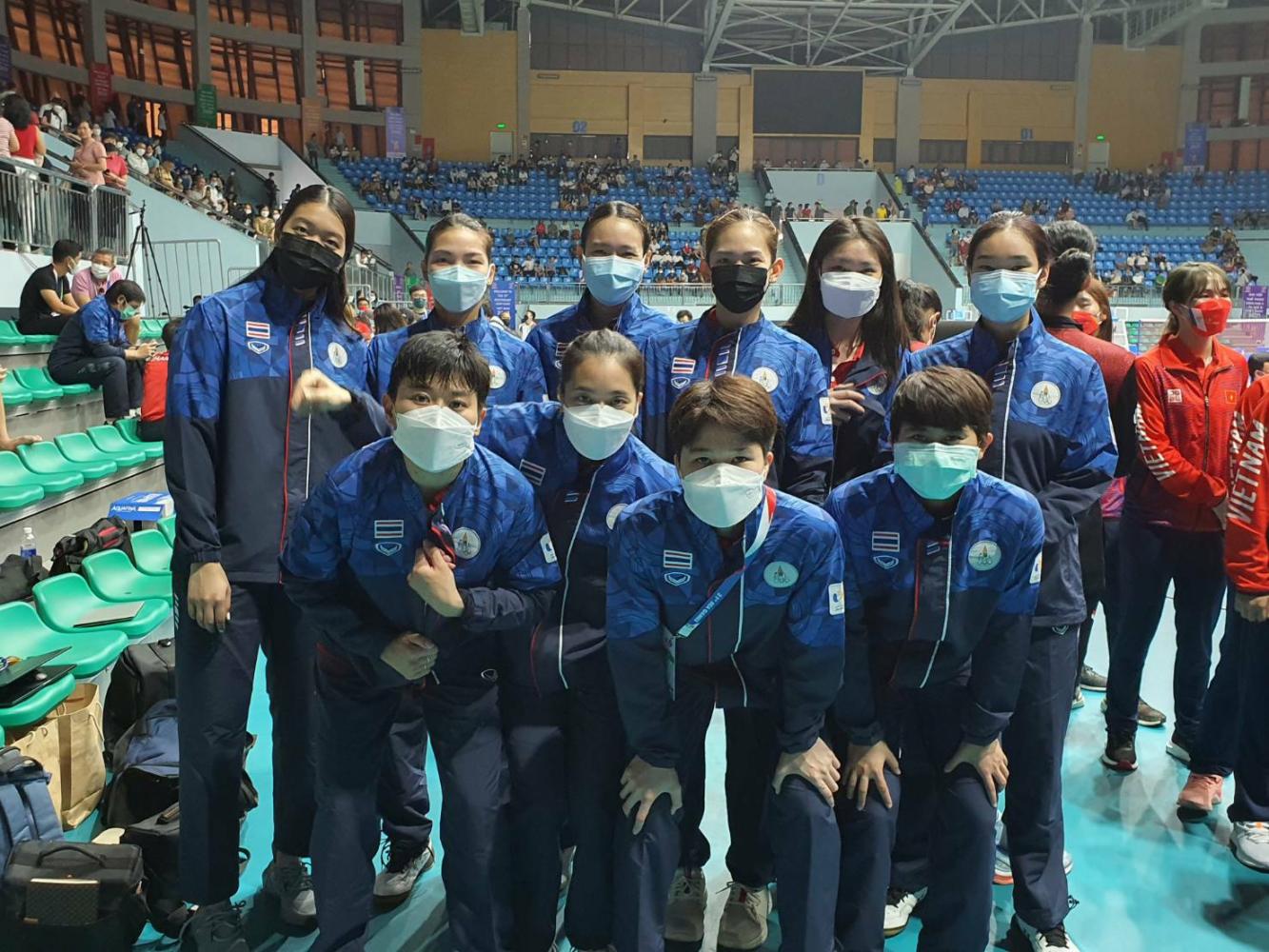 In badminton, the Thai women's team won the gold medal after beating Indonesia 3-0 in the championship match.

In golf, the Thai women's team won gold after beating Malaysia 1.5-0.5 in the final but the men's team had to settle for silver after losing to Malaysia 2-1 in the title match.

In indoor volleyball preliminary round, the Thai women's team will vie for gold on Sunday after they defeated Malaysia 3-0 (25-11, 25-18, 25-12) for their fourth straight win in the tournament.

The five participating teams in the women's competition are competing in a round-robin format, with the top two teams battling it out for gold and the third and fourth-placed teams vying for bronze.

In muay (combat) first round action, all four Thai fighters (three men and one woman) won.

Kullanat Aonok, the only women's fighter, beat Chandeng Chha of Cambodia 1-0 in the 48kg event.

In the women's football semi-finals, Thailand hammered the Philippines 3-0 to reach the final.

Miyo Okamoto's team will meet Vietnam or Myanmar in the title match on May 21.

Vietnam have surpassed the 100-gold mark at the 31st SEA Games on home soil.

The Games are being held in Hanoi and 11 neighbouring provinces and cities until May 23.

The tournament features 40 sports with 523 gold medals and around 10,000 participants.

The biennial event was initially slated for late 2021 but delayed due to the Covid-19 pandemic. 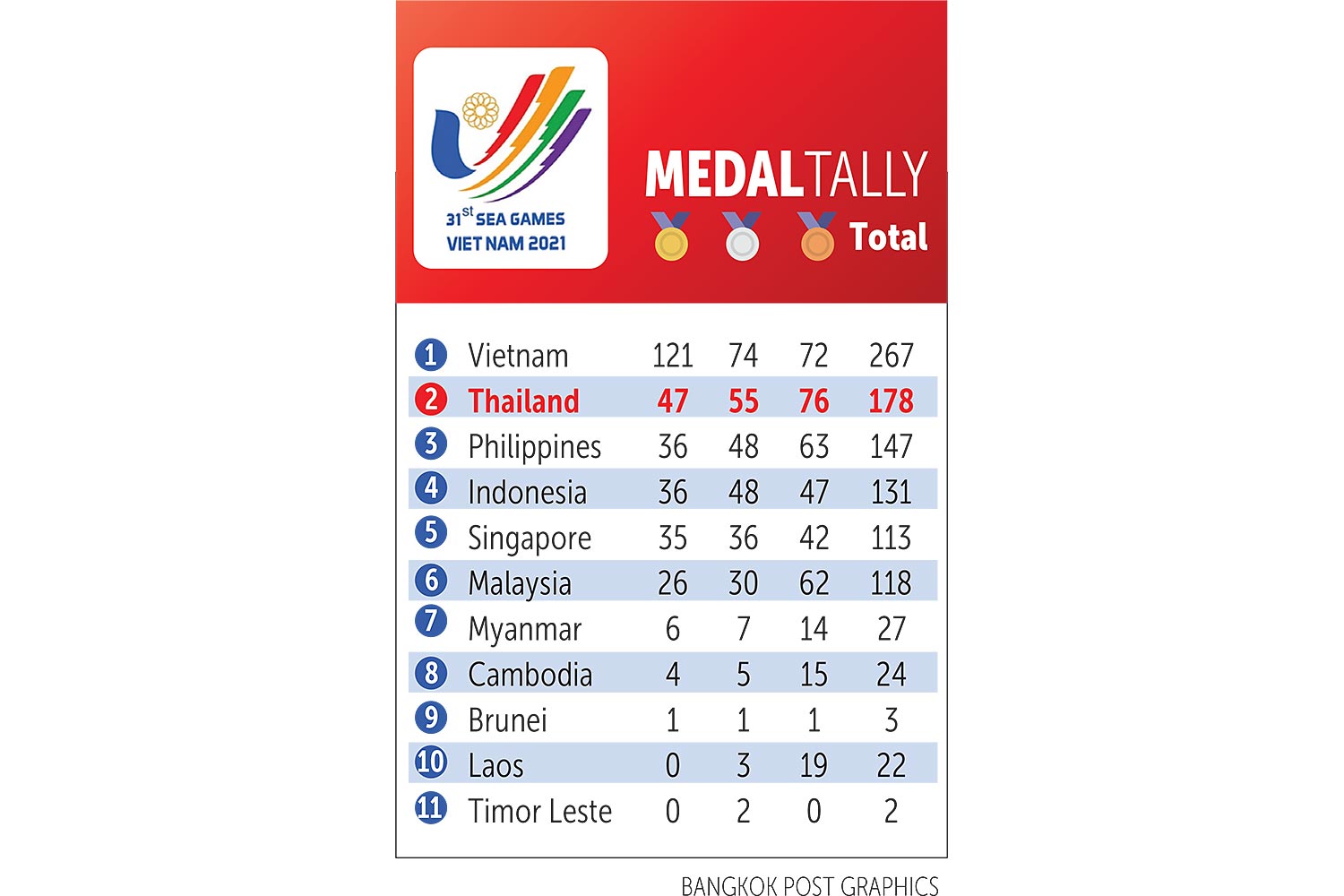