Thai star Panipak a cut above the rest
Sports

Thai star Panipak a cut above the rest

Above  Taekwondo star Panipak Wongpattanakit celebrates on the podium after winning the women's 49kg class.

The world No.1 taekwondo star lived up to her billing by outclassing her opponent Julius Dhaysi Oo of Myanmar 29-0 in the gold medal match.

Another medal hope Athi Sararat also triumphed in the men's 87kg class when he beat Indonesia's Nicolas Armanto 19-6 in the final.

Sasikarn Tongchan had to settle for silver in the women's 62kg after losing to Vietnam's Pham Thi Thu Hien in the final.

In all, the Thai taekwondo team won five gold, three silver and one bronze medal.

Weightlifter Thanyathon Sukcharoen won the gold medal in the women's 45kg with a new SEA Games record of 174kg total.

Surodchana Khambao also won with a new Games record of 195kg in the women's 49kg class.

Thada Somboon-uan got silver in the men's 55kg with a total lift of 256kg. The gold medal went to Vietnam's Lai Gia Thanh with a new Games record of 268kg. 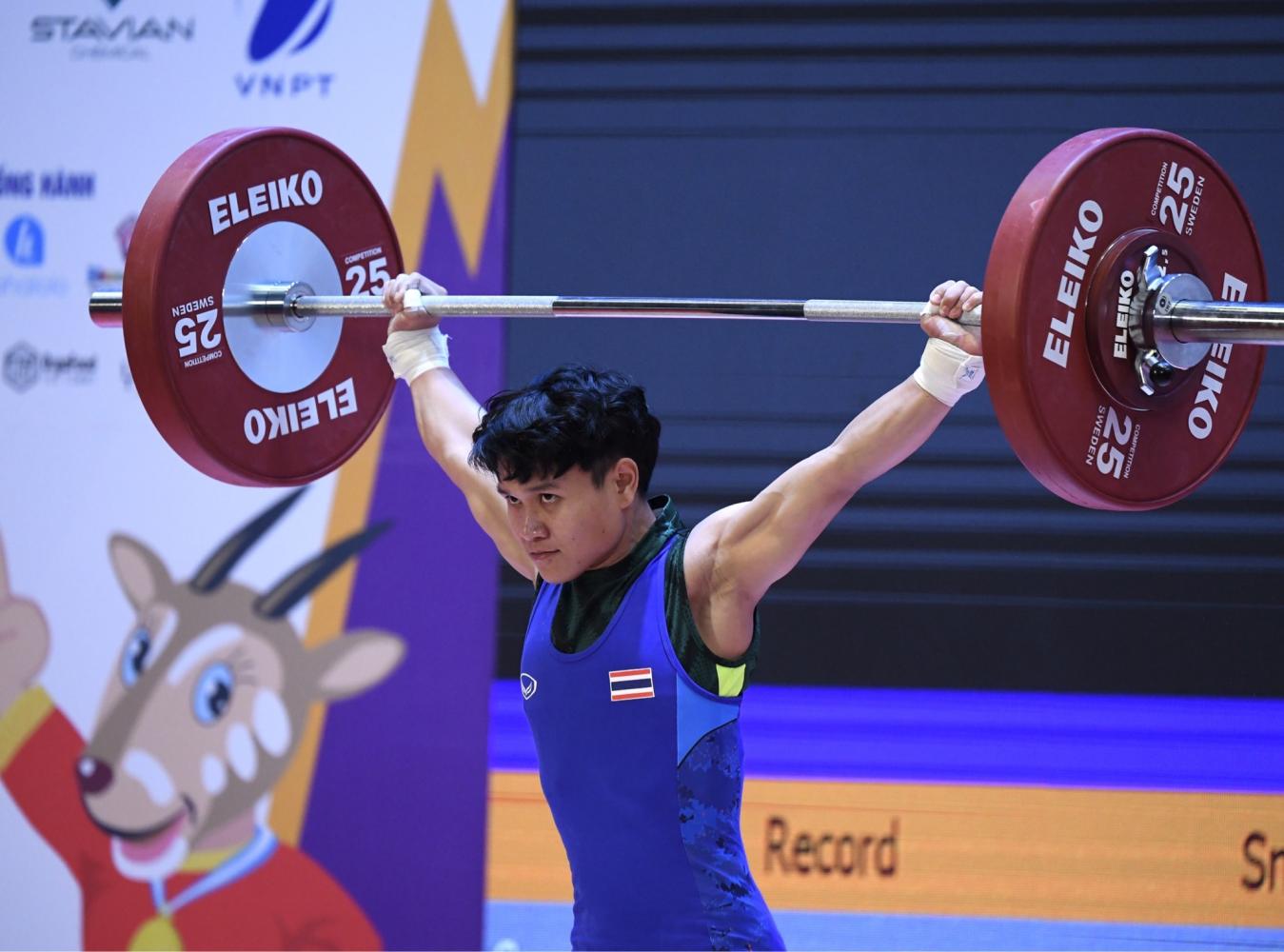 "I am so happy to have won the gold medal. To beat a Vietnamese rider on her home soil was a great feeling. I would like to thank all the Thai fans who have always been supporting us. And thanks to all the coaching staff as well," said Jutatip.

Thailand missed out on a double when Sarawut Sirironnachai only managed to win silver with a time of 56:13sec. The gold medal went to Vietnam's Quang Van Cuong with the same time.

In futsal, the women's team won the gold medal with a 2-1 victory over hosts Vietnam in the final. Malaysia got the bronze medal.

In athletics, Tony Ah-thit Payne won bronze in the men's marathon event with a time of 2:26.400 hours. In snooker, Wattana Pu-ob-orm beat Malaysia's Keen Hoo Moh 4-1 to advance to the quarter-finals of the singles event.

In badminton, Phittayaporn Chaiwan beat Cambodia's Chenda Phon 21-3, 21-8 in the women's singles round of 16.

All the doubles and mixed doubles players also won their matches to progress to the next stage yesterday.

In basketball, the Thai women's team crushed Singapore 91-40 in the qualifying round.

Thailand remain second in the overall standings with 62 gold medals, 66 silver and 95 bronze at press time.

Hosts Vietnam continued to dominate the tournament with 149 gold medals, 90 silver and 83 bronze.

Indonesia are third with 42 gold, 60 silver and 56 bronze medals. Philippines are fourth, followed by Singapore in fifth place.