Thai weightlifter Witsanu Chantri on his way to winning gold in the men's 67kg division at the 31st SEA Games. (Reuters photo)

Hot favourites Thailand beat Vietnam 2-0 in their last round-robin game thanks to strikes by Muhammad Osamanmusa and Peerapat Kaewwilai, who became the tournament's joint top scorer with four goals.

Thailand ended the contest with three wins and one draw, with Indonesia taking silver and Vietnam bronze.

The Thai women's futsal team were crowned champions after beating Vietnam in the final on Thursday.

The Football Association of Thailand (FAT) are aiming to bag all four golds in the men's and women's football and futsal events. 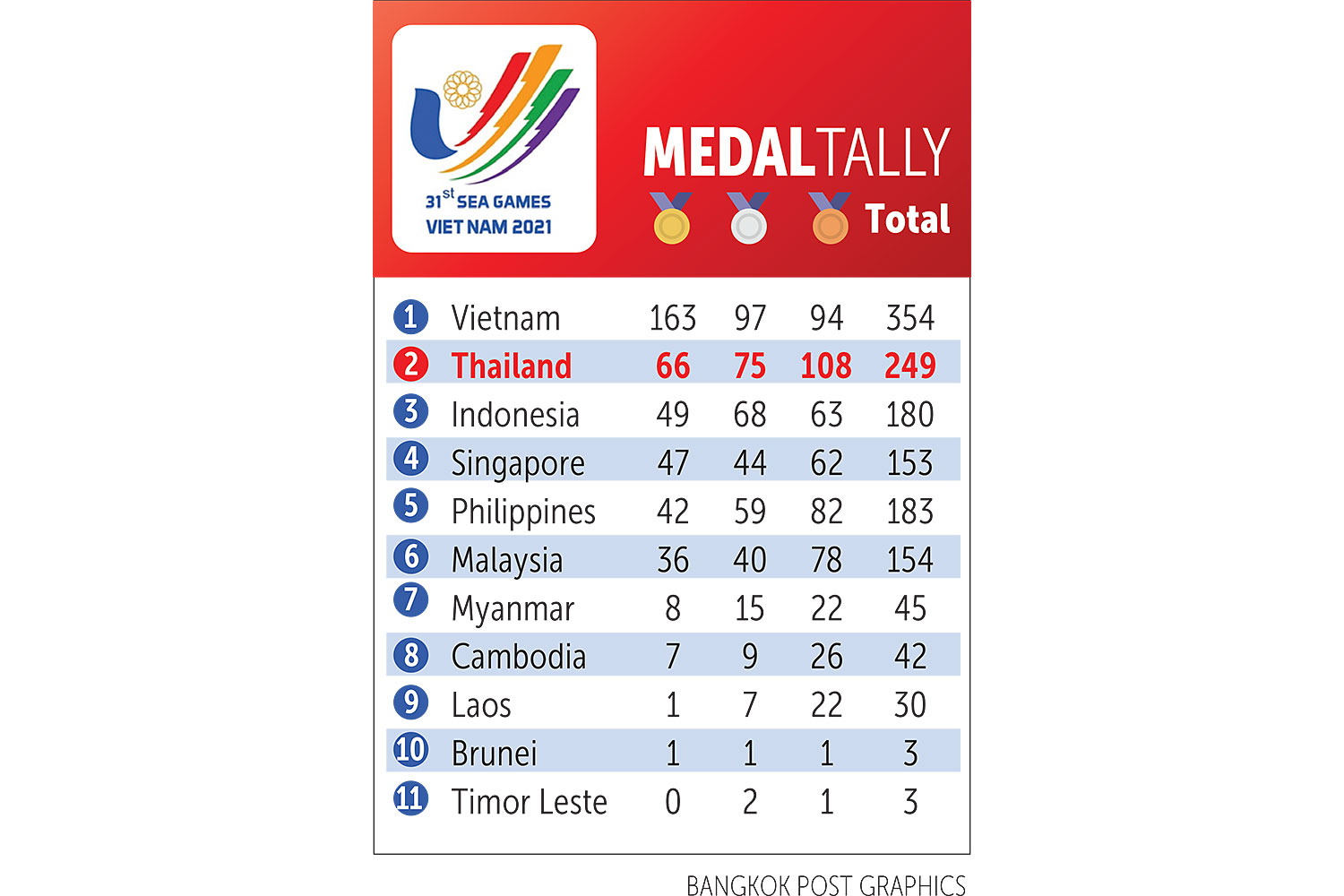 The men's and women's football teams will both meet Vietnam in the title matches.

Okamoto said: "They [Vietnam] are the host country and they will have so many people backing them at the venue.

"While they are the title favourites, it is difficult to predict who will win the final. It will be an exciting game for sure and we have prepared the team well for that."

The Thai men's football team will take on the hosts on Sunday.

Thailand coach Mano Polking is busy plotting a strategy to tackle Vietnam in the absence of midfielder William Weiderjoe at Hanoi's My Dinh Stadium. 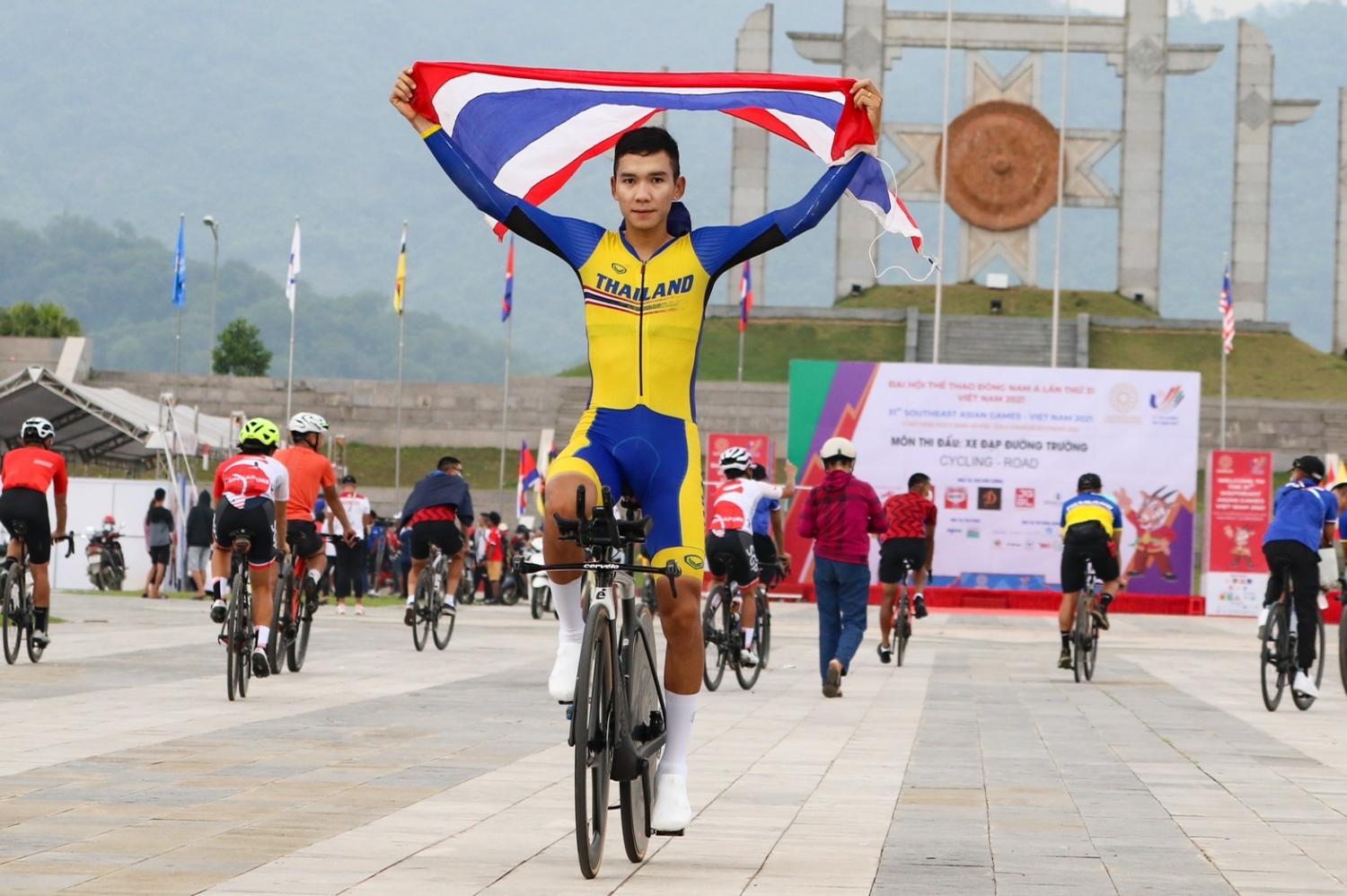 Vietnam edged Malaysia 1-0 thanks to an extra-time goal by striker Nguyen Tien Linh in the 111th minute on Thursday night after Thailand had beaten Indonesia -- also after a goalless tie in regulation -- by the same scoreline.

The semi-final between the Young Elephants and Indonesia became a heated affair towards the end and four players -- Thailand's William and three Indonesians -- were sent off.

"William's absence is a big blow for us," admitted Polking.

Weerathep Pomphan, the Thai midfielder who scored the winning goal against Indonesia, said he wasn't worried about the title showdown with Vietnam which is billed as a "dream final".

"It really doesn't matter who we play in the final... we just have to perform at our best," he said.

In weightlifting, Witsanu Chantri saved the face of the Thai team as he claimed gold while his much more famous teammates, Olympic medallists Sanikun Tanasan and Pimsiri Sirikaew, had to settle for silver.

Witsanu was crowned champion in the men's 67kg after a total effort of 312kg. 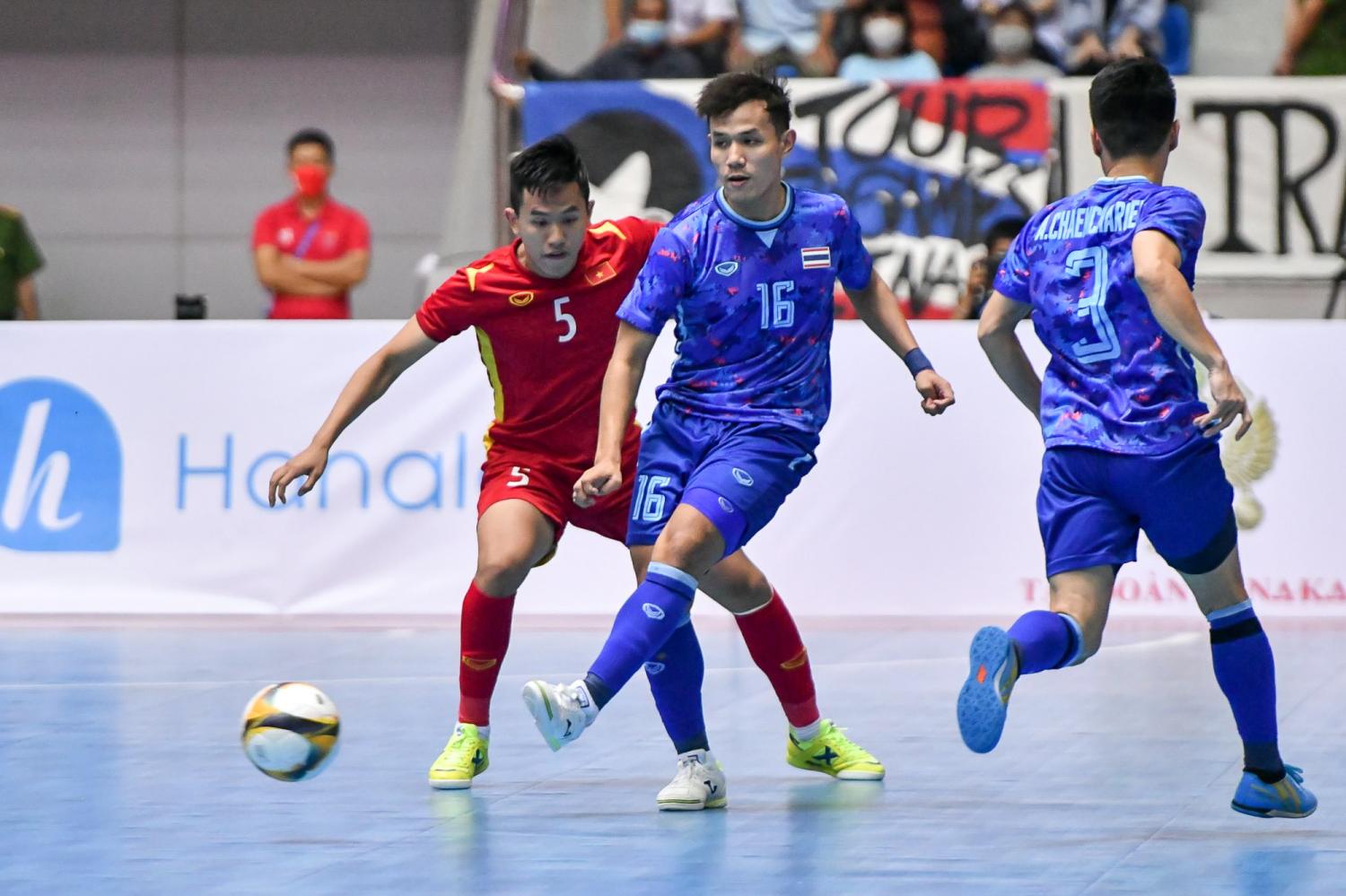 In the women's 55kg, Sanikun, who was named Sopita when she won gold at the 2016 Olympics, lost to 2020 Olympic winner Hidilyn Diaz of the Philippines.

Sanikun managed a total weight of 203kg while Indonesia's Natasya Beteyob was third with a 188kg total.

In the women's 59kg, two-time Olympic runner-up Pimsiri was well beaten as her total attempt of 196kg was far behind Vietnamese Thi Duyen Hoang's winning total of 204kg.