Thailand's Sadom Kaewkanjana, who is enjoying the best season of his career, is looking forward to glory at next week's LIV event in Bedminster. 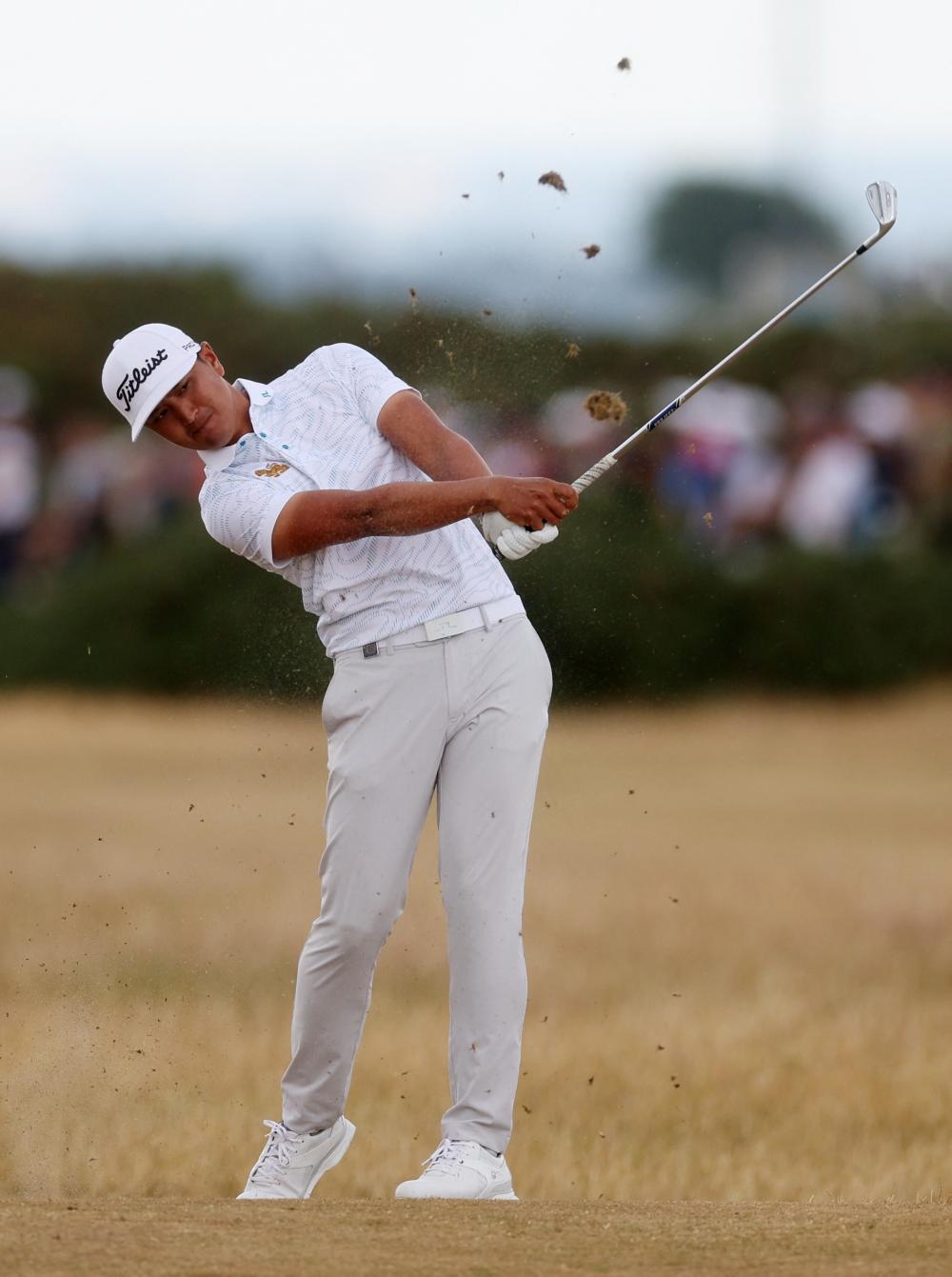 Sadom Kaewkanjana plays in the final round of the British Open at St Andrews last week. (Photo: Reuters)

Sadom is one of 48 players who will take part in the third event of the LIV Golf Invitational Series.

Sadom, 24, cracked into the top 100 in the world rankings for the first time in his career after tying for 11th at the British Open at St Andrews on Sunday.

The Thai entered the week at St Andrews ranked 124th and is 96th in the latest rankings.

His result at St Andrews is the best performance by a Thai player in the majors, eclipsing Thongchai Jaidee's previous best of T13 at the 2009 British Open.

Thongchai was on hand to watch Sadom play in the final round at St Andrews.

"Thongchai has always been my idol," Sadom said.

"He gave me some great advice before the round and followed me around, which inspired me."

Sadom's previous highest world ranking was 110th in April. He started the year ranked 223rd before winning the Singapore Open in January.

He has three other top-10 finishes on the Asian Tour this year, including third place at the International Series England held prior to the inaugural LIV event in London.

In his two LIV starts, Sadom was 46th in London and tied for 40th in Portland.

His confidence has been boosted by his impressive performance at St Andrews.

"I'm looking forward to it [Bedminster]," he said.

"Playing well in Scotland has given me more confidence."

Phachara Khongwatmai is the other Thai who will play at next week's LIV tournament.

The third LIV event will be played at Trump National Golf Club Bedminster, one of two events of the eight-tournament inaugural season to be hosted at a property owned by former US president Donald Trump.

Neymar swept up in Brazil vote battle after video for Bolsonaro