Golfers, from left, Kim Bi-O of South Korea, Nitithorn Thippong from Thailand and Chase Koepka of the US pose with the trophy at the Lotte Skyhill Country Club in Jeju, South Korea yesterday, ahead of the International Series Korea.

In all, 18 Thais are in the field at the US$1.5 million tournament which tees off today at the Lotte Skyhill Country Club in Jeju, South Korea.

The Pathum Thani native said yesterday he had never played at the Jeju course and might be at a disadvantage as it suits long hitters.

"I feel confident but not very much," said the Thai star who is nicknamed "Fever."

Meanwhile, South Korea's Kim Bi-O said he has set a goal of finishing top of both the Asian Tour Order of Merit and the Korean PGA Tour ranking this season, with the International Series Korea playing an important part in his ambition.

His bid for the unique double will be helped by the fact that this week's event is being played on Jeju Island where he has enjoyed success before.

He won the SK Telecom Open on the Korean PGA Tour in June on the island and although this week's event is being played at a different venue, he has high hopes for the week.

"It's going to be a great week on Jeju Island and hopefully, I will have a good result," said the Korean.

"I have really good memories of being here in Jeju over the past few years. Of course, I won here recently, and this week is great because I am spending a lot of time with my family, which normally we can't do as we are on the road." 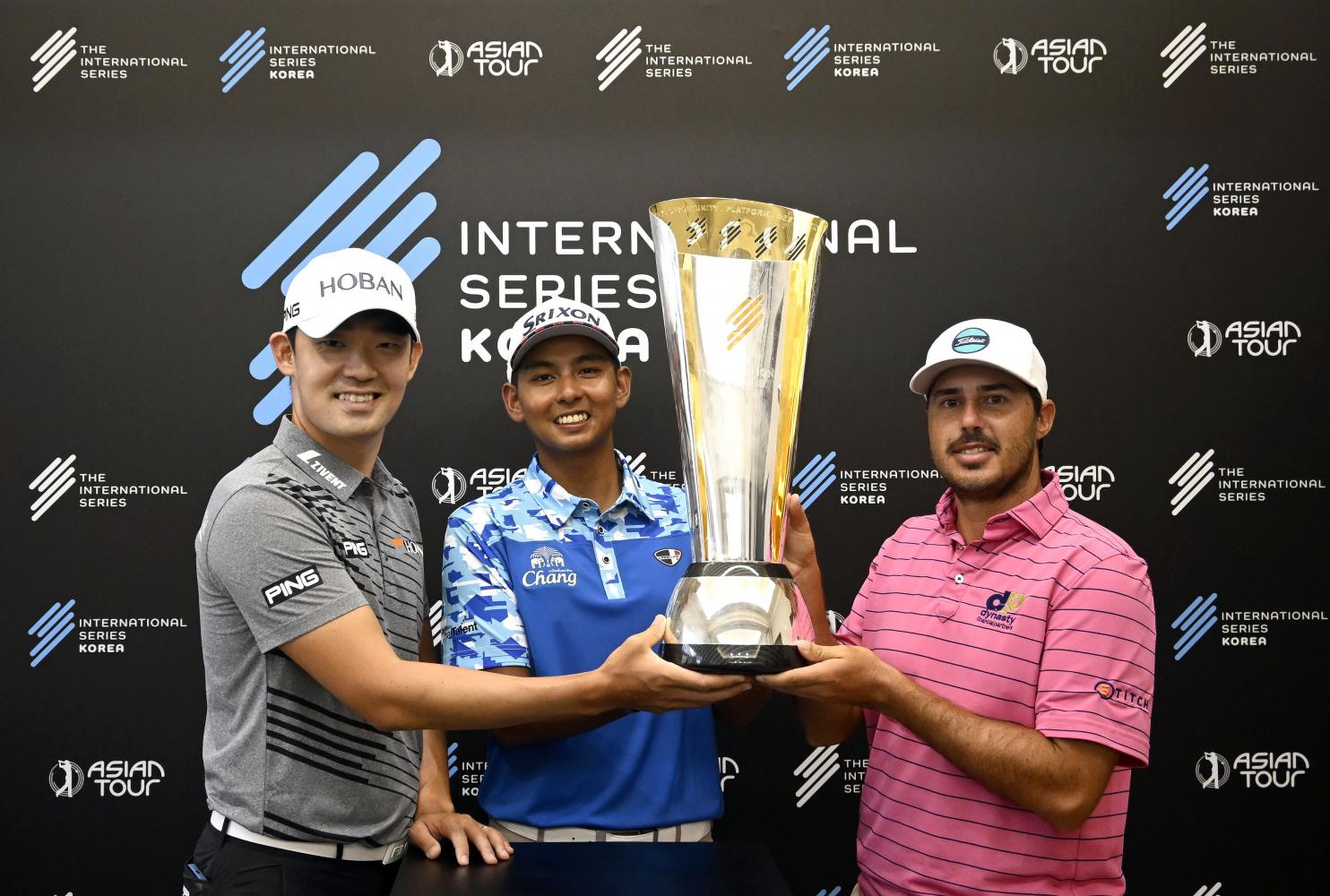 Kim, 31, is enjoying one of the finest seasons of his career having also won the GS Caltex Maekyung Open in May, which was his maiden victory on the Asian Tour.

He is currently in third place on the Asian Tour Order of Merit and fourth on Korea's ranking.

He added: "I do want to win both money lists although before that I really want to improve my GIR [greens in regulation] stats on both tours.

"We have a lot of tournaments ahead. I just have to keep my head down, do my own thing and hope to see some results."

He has actually finished top of the Korean ranking once before, in 2010, a year after he turned professional.

That early success prompted him to head to the PGA Tour qualifying school at the end of 2010 where he hit the headlines by making it through at the tender age of 20.

His lost his playing privileges there a year later before deciding to mainly focus on playing in Korea.

"Honestly speaking, I do get nervous and feel the pressure but that's because I want to play better and better every week and improve myself," he said.

"I do put a lot of pressure on myself."