Hot favourites Brazil are brimming with confidence after smashing South Korea 4-1 in the last 16. Neymar's return from injury has made the Selecao even more dangerous. The five-time world champions look strong in every department with the likes of goalkeeper Alisson Becker, defender Thiago Silva and midfielder Casemiro. Neymar leads their strike force which also features Vinicius Jr and Richarlison. Croatia, led by Luka Modric, have struggled on their way to the quarter-finals. They could only beat Canada and had two scoreless draws with Morocco and Belgium in the opening round. They then defeated Japan on penalties in the last 16 after a 1-1 draw. The 2018 runners-up may have used up their luck and should be happy with a narrow defeat against the Brazilians.

Argentina are slight favourites against the Dutch. Superstar Lionel Messi has been impressive in his last World Cup, scoring three goals in Argentina's first four games in Qatar. Young forward Julian Alvarez, who could be Messi's heir, has scored twice in his first World Cup. The Netherlands have a formidable frontline featuring Cody Gakpo, who has scored three times, and Memphis Depay. They are supported by Frenkie de Jong and Denzel Dumfries. The Dutch will prove too hot for Argentina's shaky defence to handle. 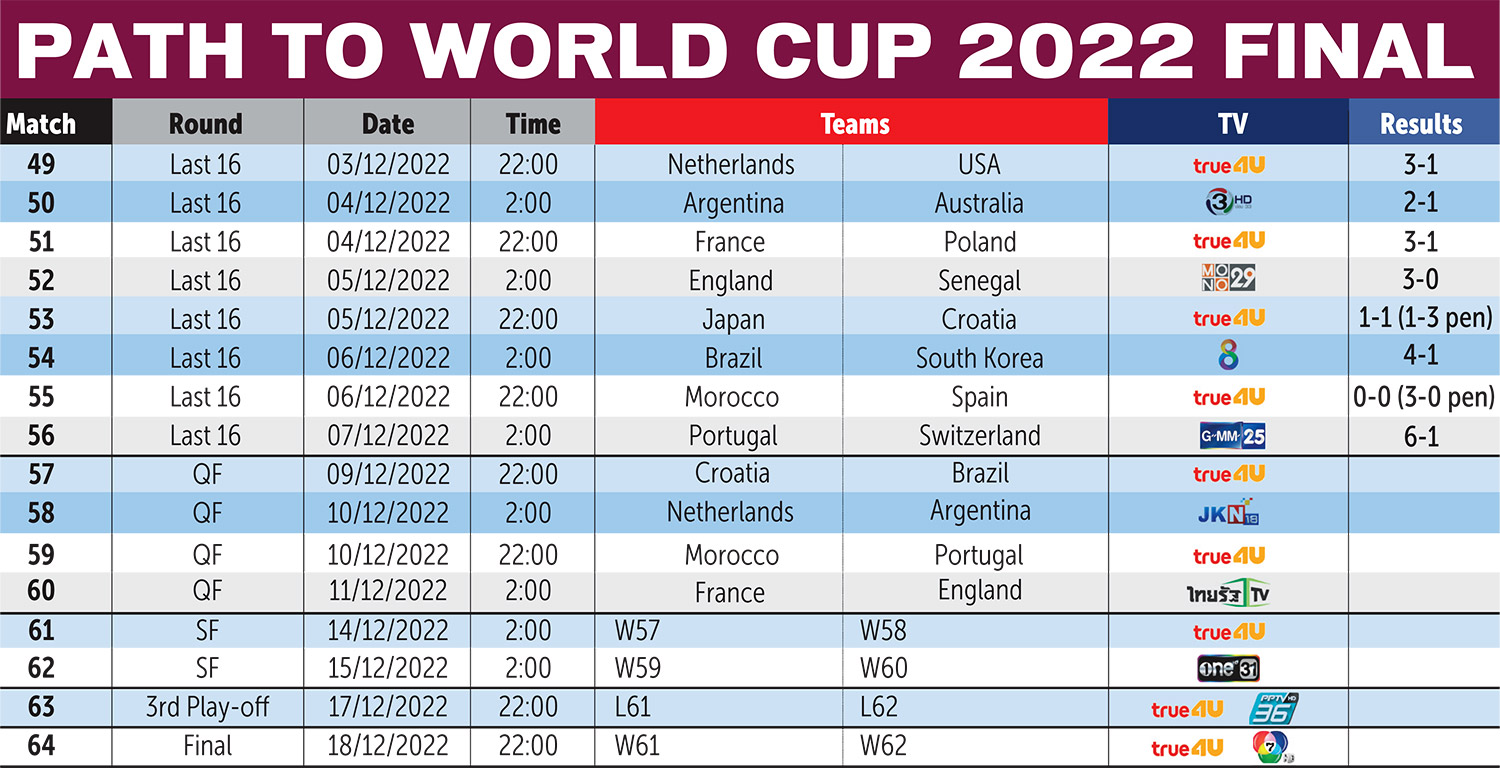